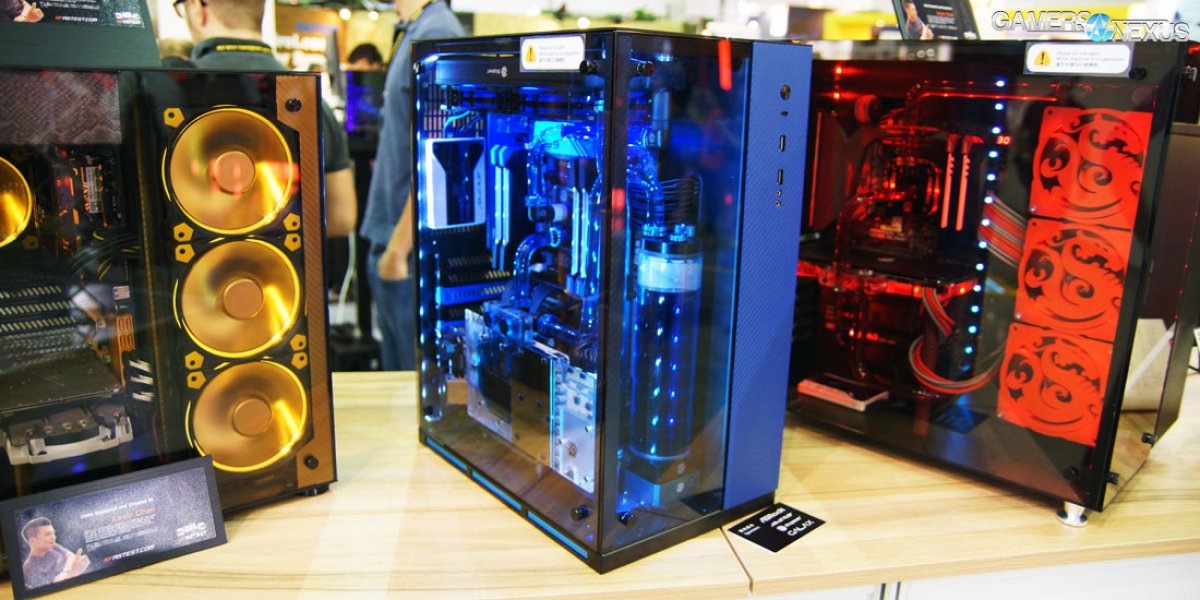 The body is constructed of anodized aluminum with the front and side panels being tempered glass, measuring in total 242 x 493 x 376mm (WHL). In comparison to the PC-O9, proportions in the rear chamber were cut to give the case a slimmer appearance—this is now easier with the advent of SFX-L PSUs. The main chamber sports a total of seven expansion slots and maintains clearance for CPU coolers up to 130mm tall. Maximum GPU length comes in at 340mm.

Water cooling support comes in the form of 240mm radiator mounting at both the top and bottom panels or, alternatively, 2x 120mm fans at both locations. Rear exhaust is handled by 2x 80mm fans. Also included is a removable pump plate which will allow for mounting of a pump and reservoir combination. 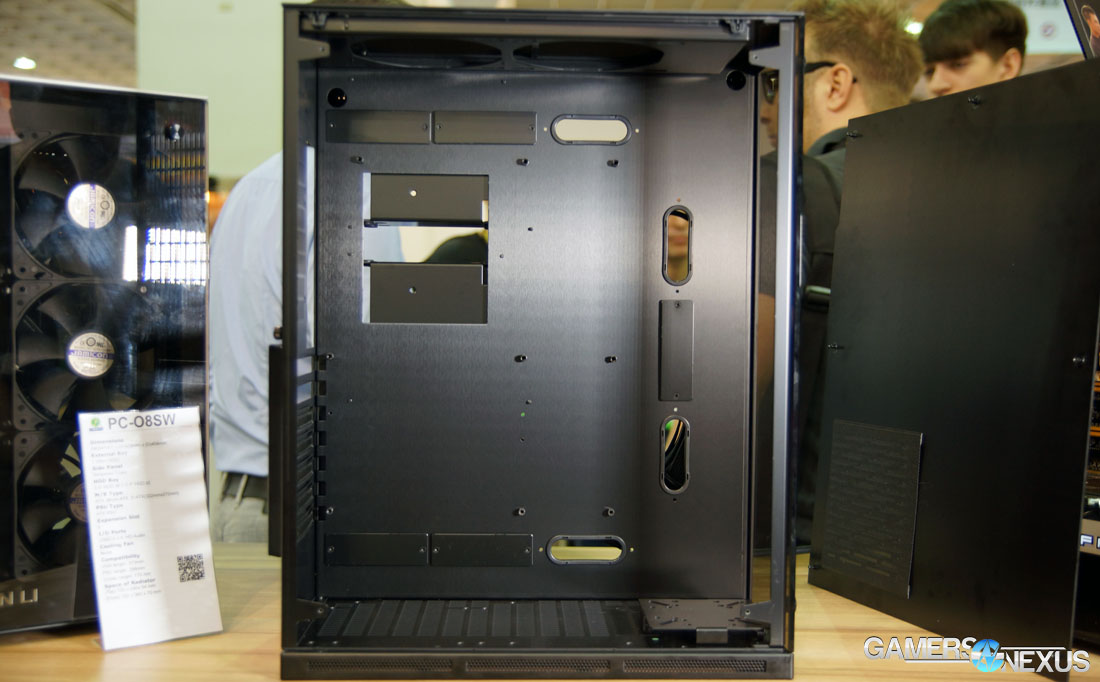 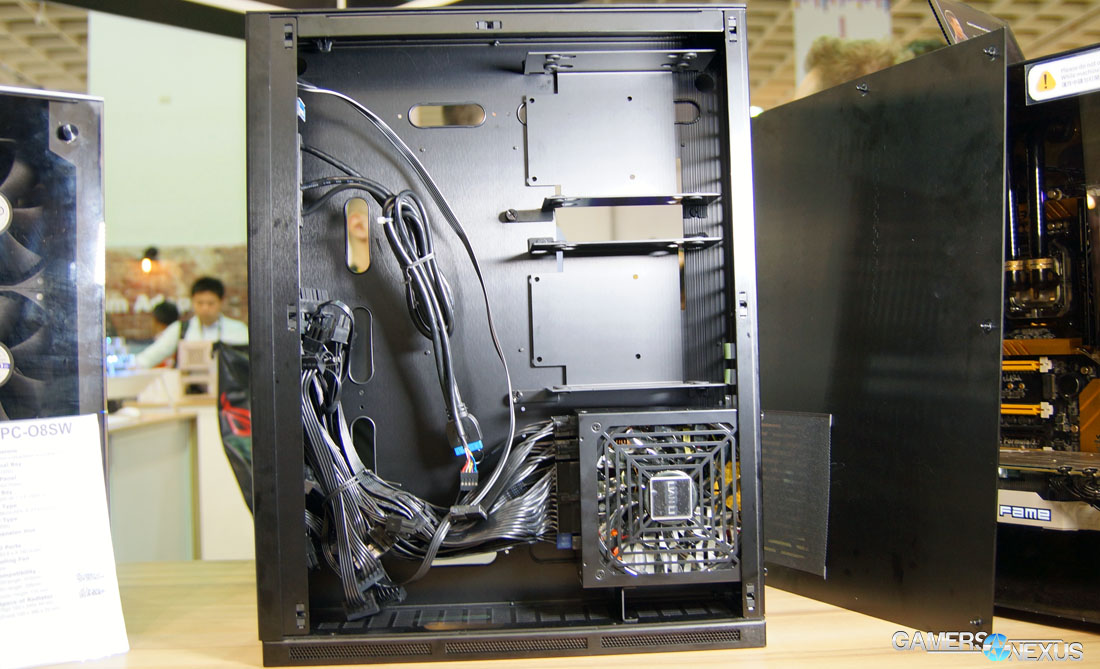 The PC-O10 comes with 2x USB 3.0 ports and HD audio ports clad to the front panel. Additionally, all fan mounts come with removable, washable fan filters. An optional accessory kit will allow users to install dual-slot video cards vertically. The kit would replace the existing expansion slot covers and leverages a riser cable for positioning. This is a feature akin to the Lian Li PC-O7.

The product page contains all specifications, and even temperature testing results of the chassis. As stated above, the case was featured at Computex 2016, which we covered here. It appears to have finally shipped, and currently carries a $249.99 price tag at Newegg.