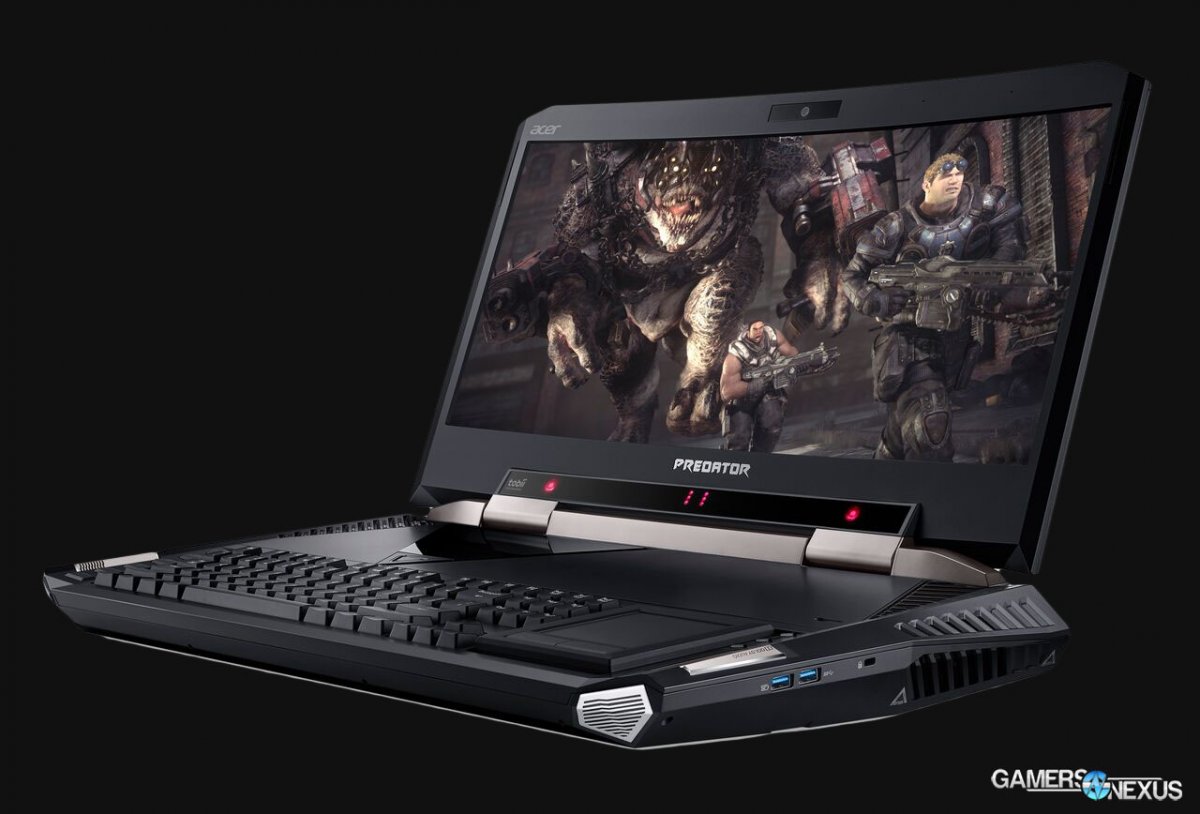 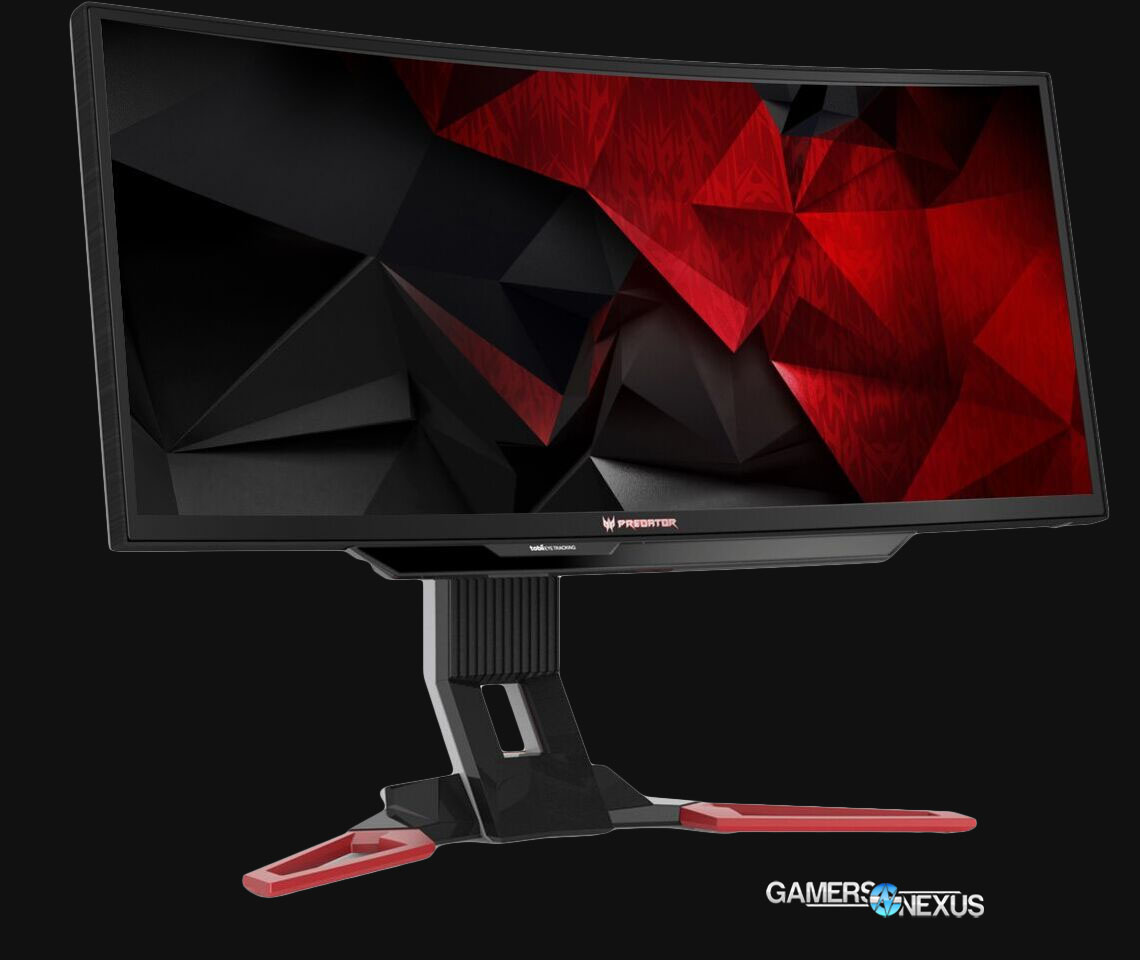 In the usual race to claim industry firsts, Acer does so with the Predator Z301CT in exemplifying it as the first 21:9 curved display. The Z301CT features a 30” display and utilizes an 8-bit VA panel. The VA panel type doubtless affords the Z301CT the high refresh rate (200Hz) and contrast ratio of 3000:1. The VA panel also contributes to the slower (in comparison with the XB2 series) response time of 4ms.

Resolution comes in at 2560x1080 and has viewing angles of 178°. Acer touts 100% saturation of the sRGB color space and 16.7 million reproducible colors. The Z301CT features a swivel stand as well as VESA mounting support. Connectivity offered is DisplayPort 1.2a, HDMI 1.4, 4x USB 3.0 ports, and audio output.

Perhaps the most unique is the Tobii Eye Tracking technology, which is aimed at adding a new input modality. Eye tracking can adjust camera angles and sound based on where the user is looking. The relevance of such a feature will depend on how widely adopted it becomes among developers, to which Acer claims a 45+ game selection supporting the technology, including Watch Dogs 2 and Elite Dangerous.

All of new Predator panels, including the Z301CT, will support nVidia G-Sync. The Predator Z301CT will be available beginning February 2017 with prices starting at $900.

The second additions to the Predator display line up are two different displays, with the only distinct difference being size. The Predator XB252Q is a 24.5” display, while the XB272 is a 27” version. Both displays use a TN panel; not surprising, given the 240Hz refresh rate. Maximum resolution for both displays is 1920x1080 at 240Hz. For color, we have 100% of the sRGB color space covered, and 1.67 million reproducible colors.

Although bereft of the more astonishing features of the abovementioned model, both the XB252Q and XB272 do feature nVidia G-Sync and Ultra Low Motion Blur (ULMB). Both panels tout 1000:1 contrast ratios and 1ms response times. 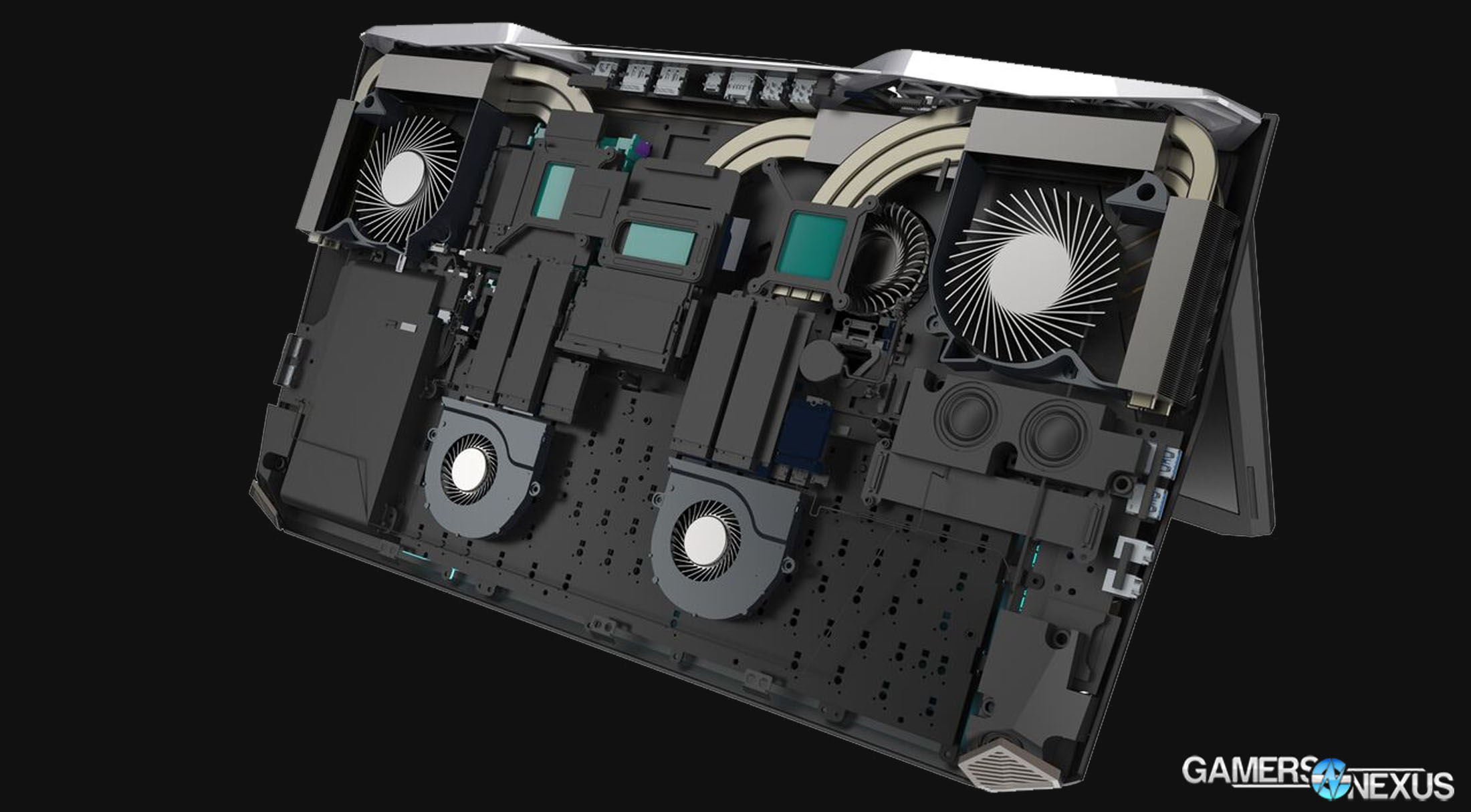 Perhaps the jewel in Acer’s CES crown, and certain anomaly in the notebook landscape, is the Acer Predator 21 X. Being the world’s first curved, 21:9 screen on a notebook, the Predator 21 X aims to be a portable, no compromise gaming solution whilst doing so in standout fashion.

The Predator 21 X boasts a 21” IPS panel of 2000R curvature with a maximum resolution of 2560x1080 at 120Hz. The display also features nVidia G-Sync as well as the previously mentioned Tobii Eye Tracking technology. The Predator 21 X uses the i7-7820HK overclockable CPU in combination with a GPU array consisting of two GTX 1080s in SLI.

The Predator 21 X can support up to 64GB of DDR4 2400MHz memory, and will offer support for up to four SSDs in RAID 0. Two of the SSDs are NVMe/PCIe capable while the other two are SATA based. Furthermore, there is a fifth storage option in the form of a 1TB HDD.

In similar fashion to that of MSI, Acer has implemented a fully mechanical keyboard on the Predator 21 X, featuring Cherry MX Brown switches with per-key RGB backlighting. The numeric keypad will also invert and serve as a tracking pad.

The cooling system uses 5 fans and 9 heatpipes. Of the five fans, 3 of them will be of the “Aero Blade” variety, specifically for cooling the GPU/CPU. The fans will be governable via Acer’s CoolBoost fan control application. Noteworthy as well is Acer’s “DustDefender” technology, which is asserted to alleviate dust build up within the system. We need to learn more about how that works, though.

Onboard audio is a three-way (tweeter, midrange, subwoofer) design consisting of 4 speakers and 2 subwoofers. Also included is a Windows Hello IR camera for facial recognition. In the vicinity of the keyboard will be a maintenance panel adorned with a blue dragon logo. The panel will allow access to the RAM modules and one of the 2.5” SSDs. The first 300 units will feature a unique, limited edition series number about the panel.

Preloaded on the Acer Predator 21 X is the PredatorSense software and the Xsplit Gamecaster software. The former being an application used for control of lighting, overclocking, and fans while the latter is aimed at game streaming and video editing.

The Predator 17 X will see a refresh of sorts. The predator 17X sits near the top of the stack in Acer’s gaming notebooks. It will be updated to offer the i7-7820HK CPU and GTX 1080 video card. The newer Predator 17 X will contain four SODIMM slots with 64GB DDR4 2400MHz capacity. Storage options include one PCIe/NVMe or 3x SATA SSDs with RAID 0 support. Either options will be complimented with optional HDD support.