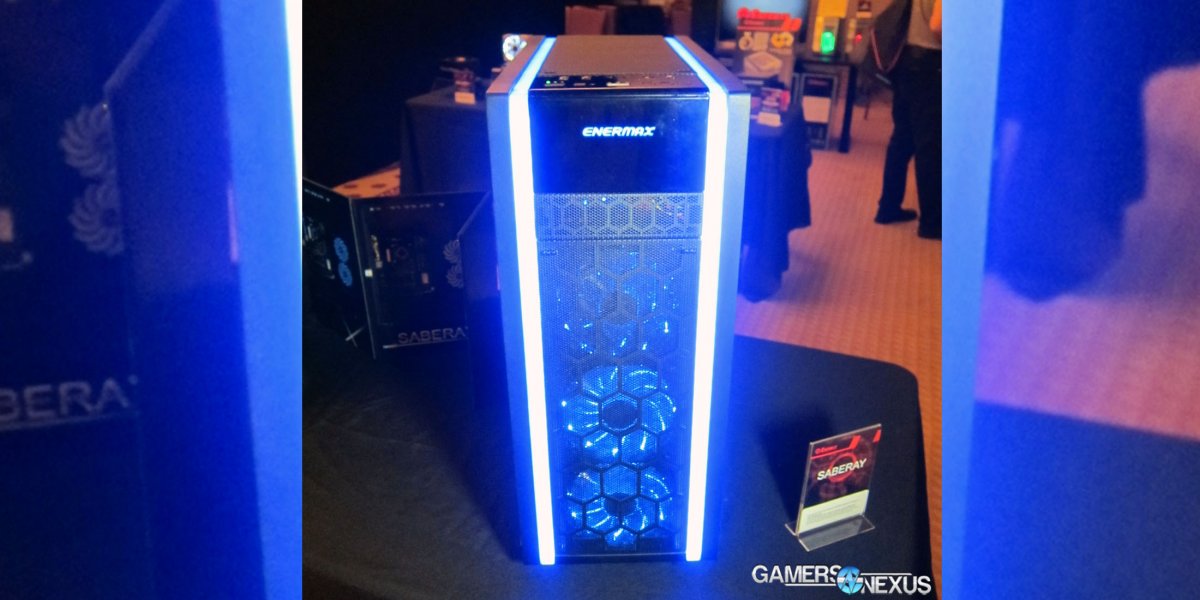 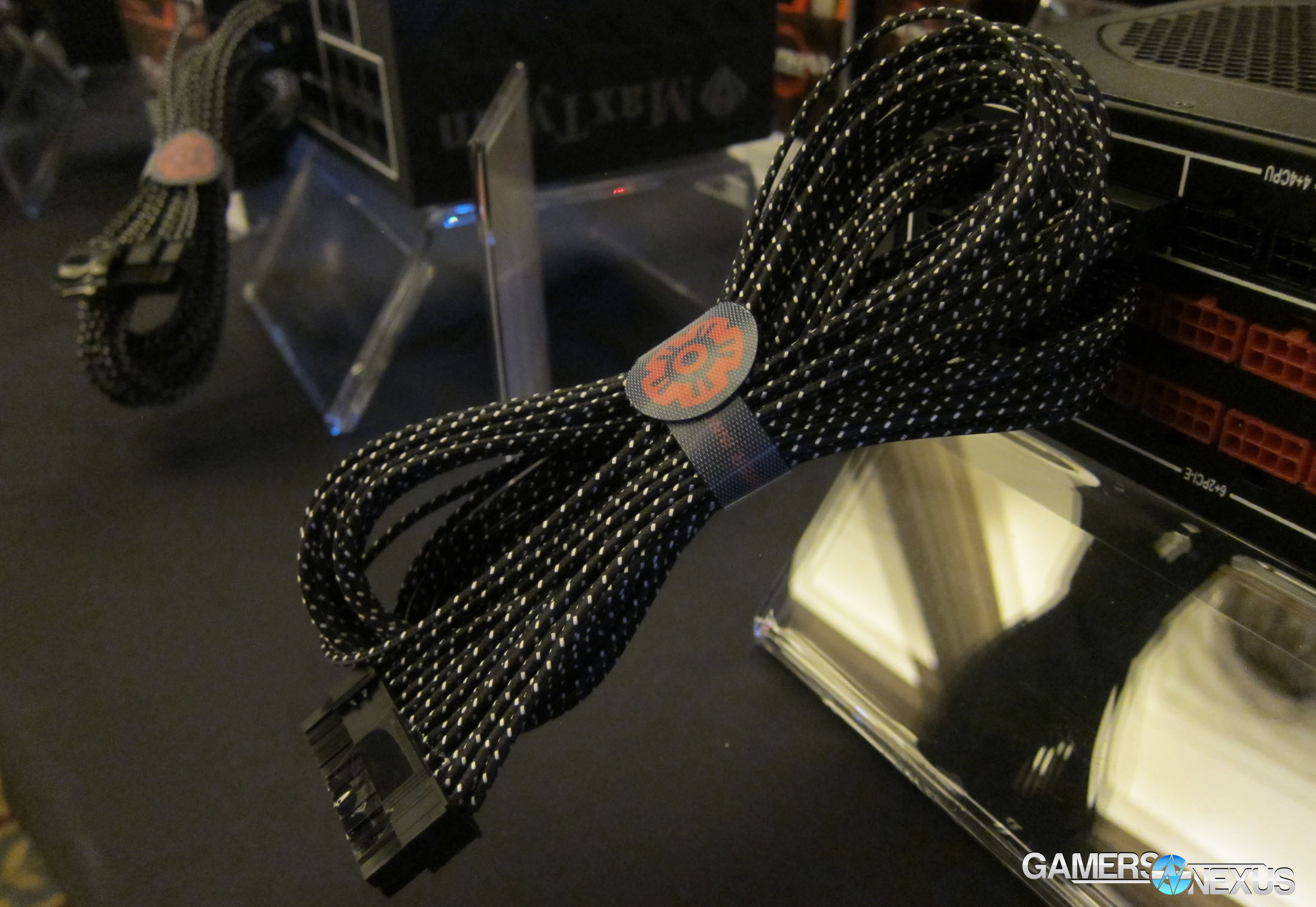 Like the D.F., the new MaxTytan is a fully modular PSU with the Enermax patented Dust-Free Rotation technology and SLEEMAX. The “Dust-Free” technology is really just a backwards rotation of the blade at the beginning of the start cycle, theoretically ejecting dust out of the enclosure. The improvements in the MaxTytan are an 80+ Titanium rating and an impressive 55% semi-fanless design. If the high-end 1250W or 1050W models are purchased, there is a built-in digital wattage meter on the back side of the unit which displays real-time power usage. 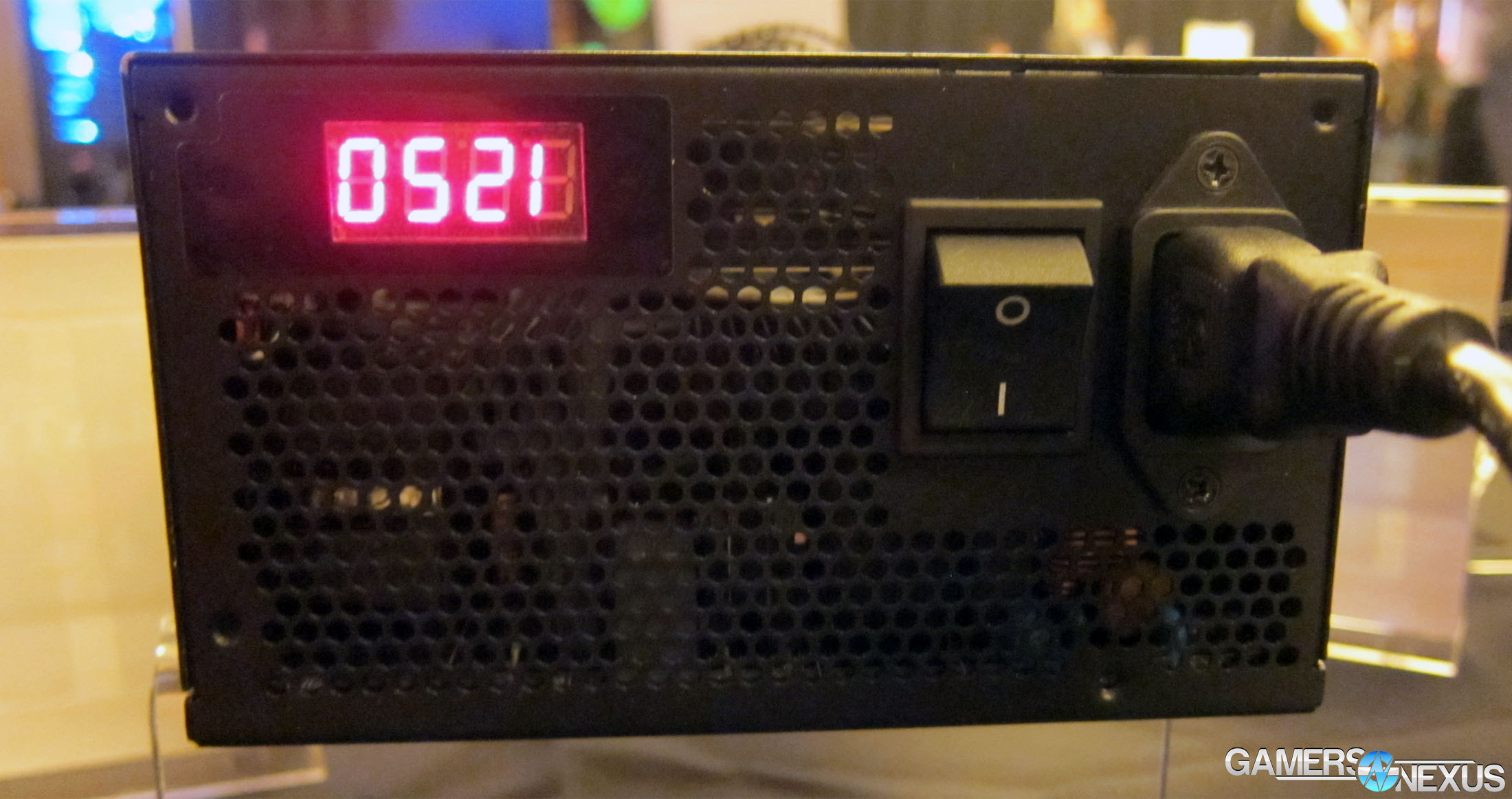 About a month ago, Enermax announced the Revolution SFX PSU. It’s touted as the “most powerful” (650W) true SFX PSU on the market. The Revolution is a fully modular unit that appears to be a suitable solution for powerful mini-ITX builds. It carries an 80 Plus Gold certification and has an available bracket that allows for mounting in ATX PSU cases.

In the case segment, the newly announced Saberay will soon be available. Like its predecessor, the Ostrog ADV, the Saberay will offer RGB lighting using Enermax’s custom LED solutions (basically lightpipes) down the front panel. In terms of cooling, the case will be able to support 360/280/240mm radiators in either a front or top configuration. The case does use an NZXT-like PSU shroud and comes equipped with a fully windowed side panel. Both side panels have extruding handles/latches for carrying and quick panel removal. During our visit, we made sure that the latches firmly locked in place so that the handle functionality worked as intended. 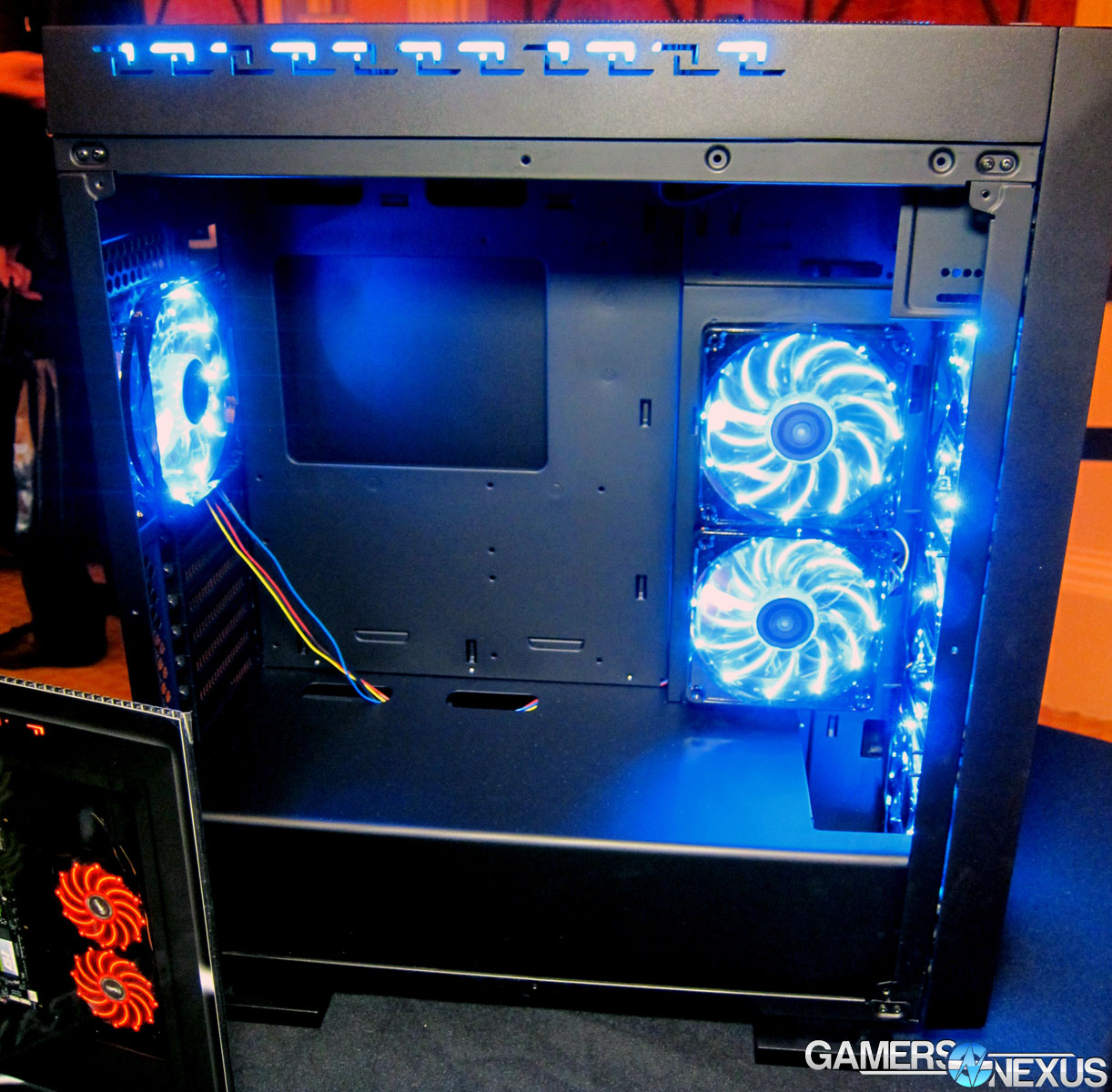 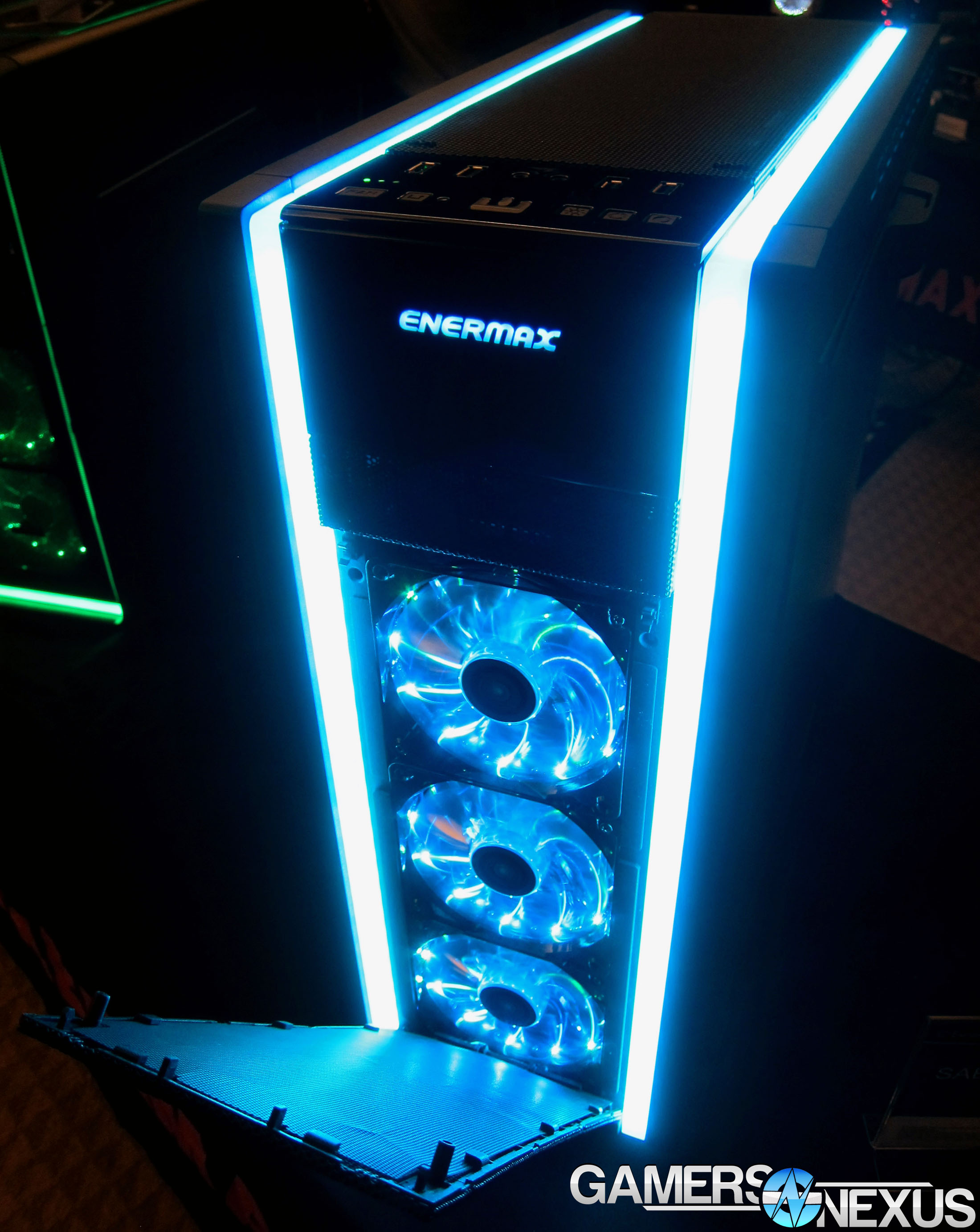 Check out the chart for pricing and availability: