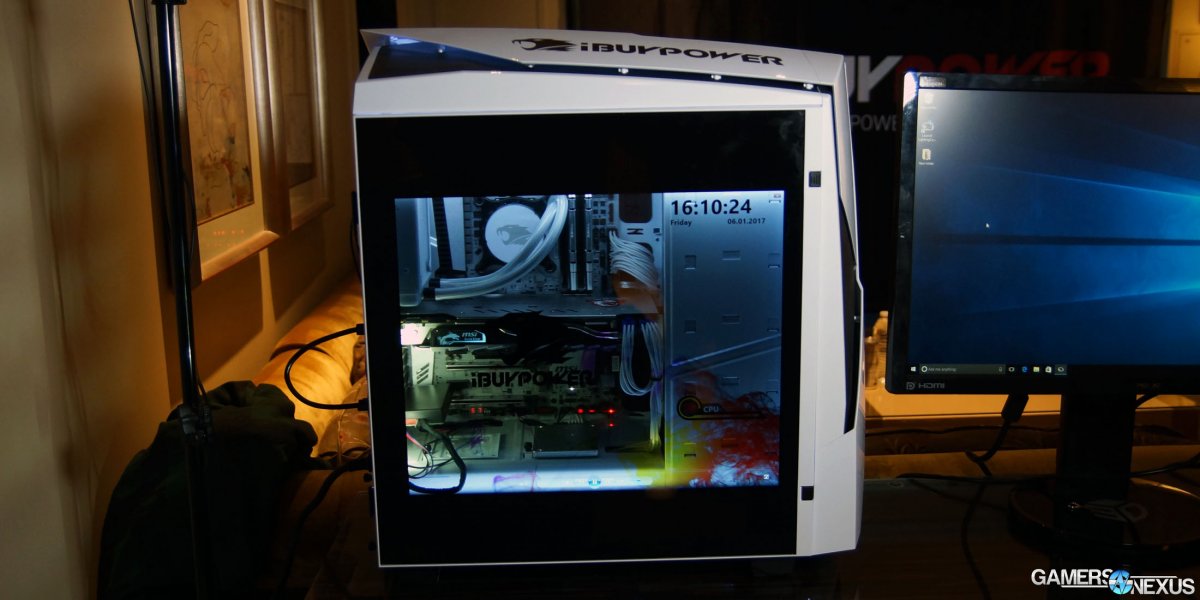 So far, everything’s the same as our last visit with iBUYPOWER and the Snowblind. The major difference for CES is that it’s now entering production, and to do so, iBUYPOWER has strengthened its side panel, thickened the glass to 5mm tempered material, and reinforced the inside with cable routing to hide things. The system on display also had a white-painted set of AIO tubes and radiator, just as a nice touch for the display. 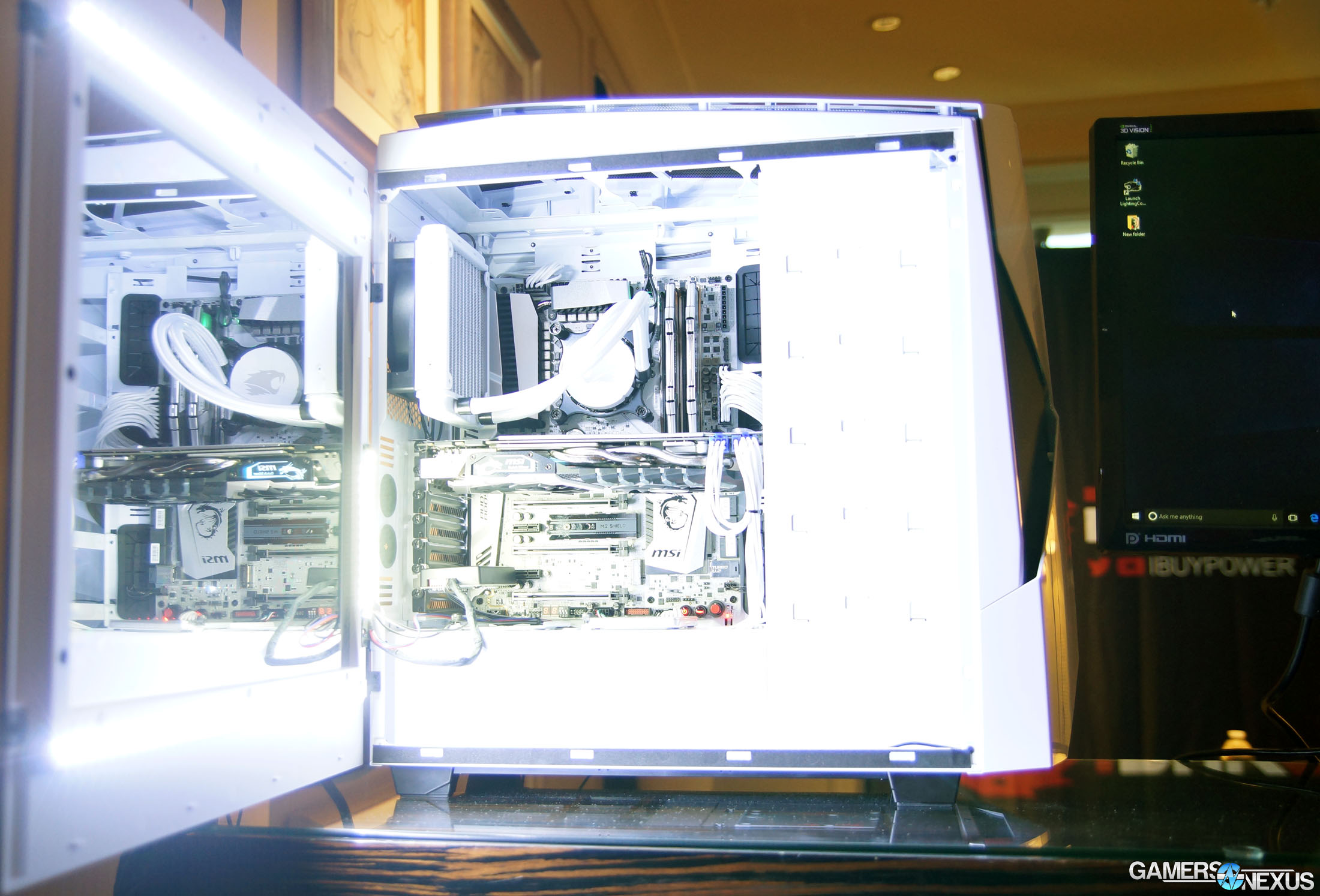 The panel should actually make it to production, from what we’re told. It’s looking like a $200-$250 buy for the enclosure (N450) and the LCD side panel, and will be available exclusively with iBUYPOWER system builds. We’re told that the systems should be configurable sometime in February of 2017.

Check the video above for more of a hands-on.