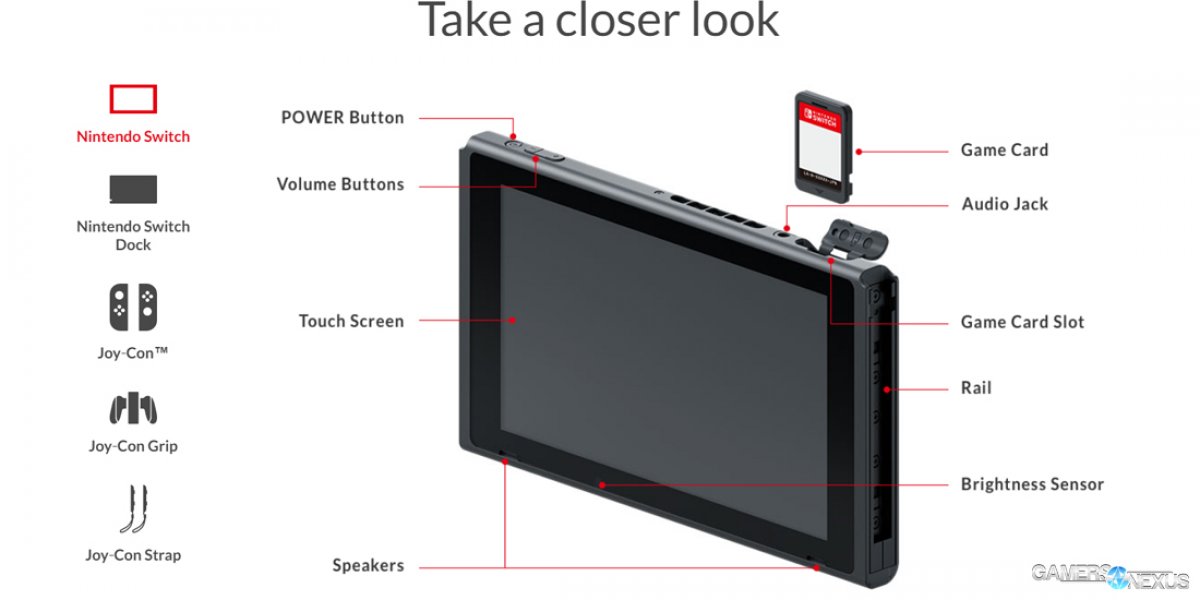 This content piece is entirely in video form. We’re leaving the written analysis for the tear-down, when we’ll have enough hands-on exposure to really dig into the components and look at the tuning that nVidia & Nintendo have done to the Tegra SOC.

For sake of just providing some sort of written basics, here are the notes that we referenced when going through the above video. These were what we had printed out for table use, so it’s not in paragraph or scripted form. That’ll outline the basics, with the rest to come on March 3, when the console releases fully.

The launch titles are below the hardware notes.

We have this great infographic with the Nintendo Switch titles and their release dates. Not sure what the source is for the image -- if someone knows, let us know, we'll add it. 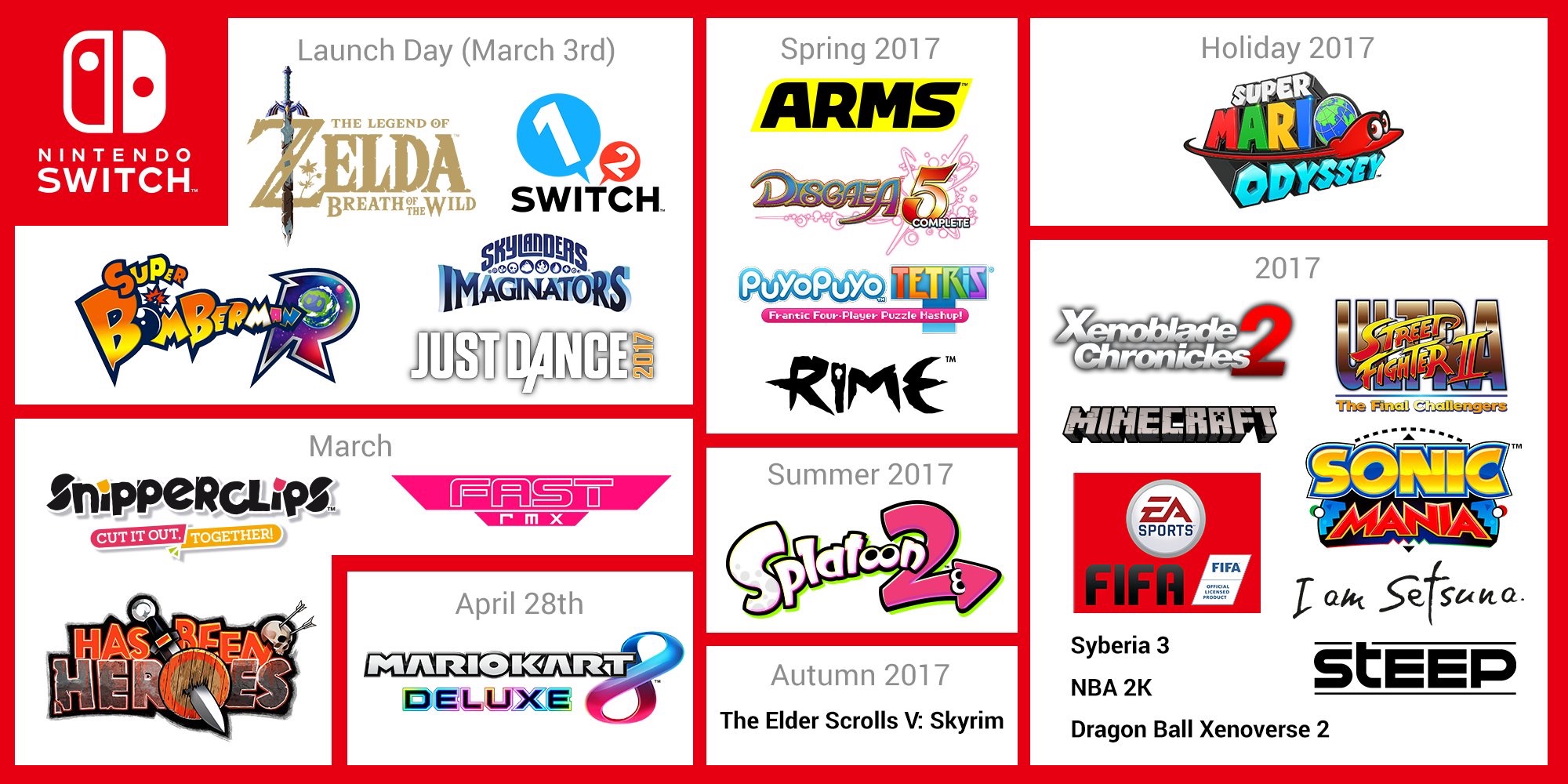