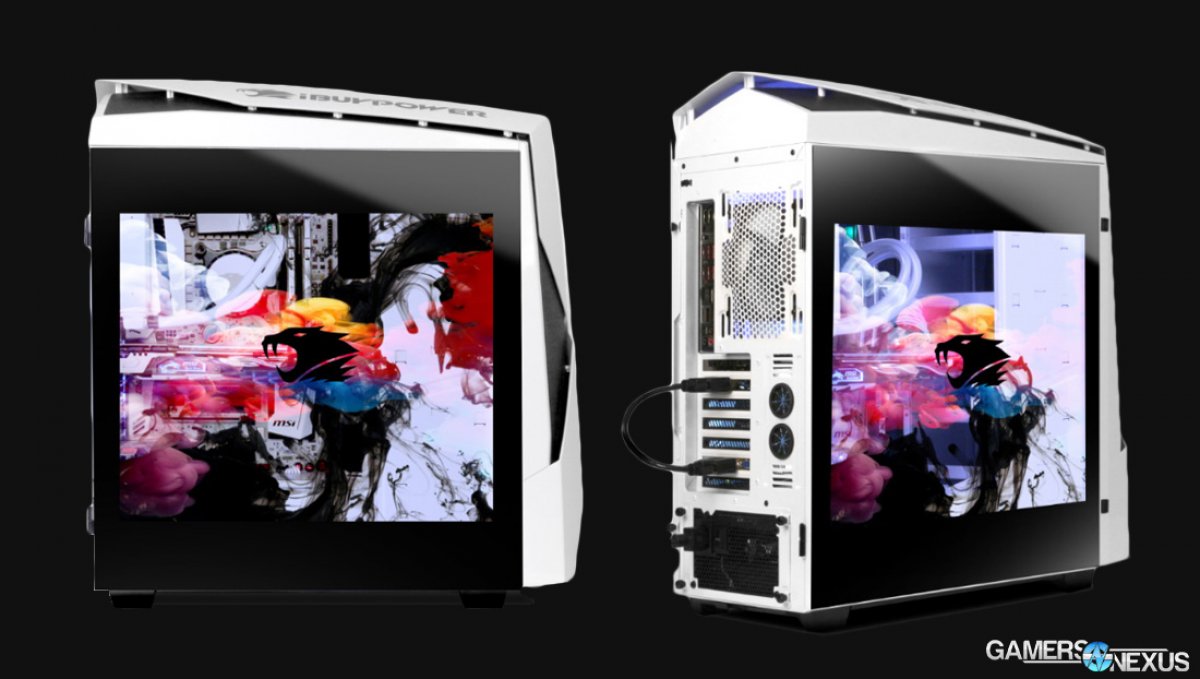 At those prices, looks like nobody’s going to buying a Snowblind just for the case—keeping that in mind, the middle Pro SKU seems like the best deal instead of the cheapest tier. It’s easy to buy additional memory, the 1070 is a solid GPU, and the Pro includes the same i7 CPU that the Extreme does, all for $700 cheaper. The case itself adds roughly $250 to the total build cost.

We’ve thoroughly covered the mechanics of the Snowblind enclosure in the past, but the gist is that the LCD panel essentially acts as an additional monitor controlled via a DVI link from the GPU. iBUYPOWER includes open-source Rainmeter software with the systems for displaying widgets, and although the panel is technically capable of anything that a monitor can do, it’s mainly intended for decoration. It’s full color, transparent, 1280x1024, and lined with extremely bright LEDs for backlighting, but even so, don’t expect the fidelity of a monitor—check our October coverage to see what a YouTube video looks like displayed on the panel.

Snowblind preorders are expected to ship at the end of February. We have requested a review sample.