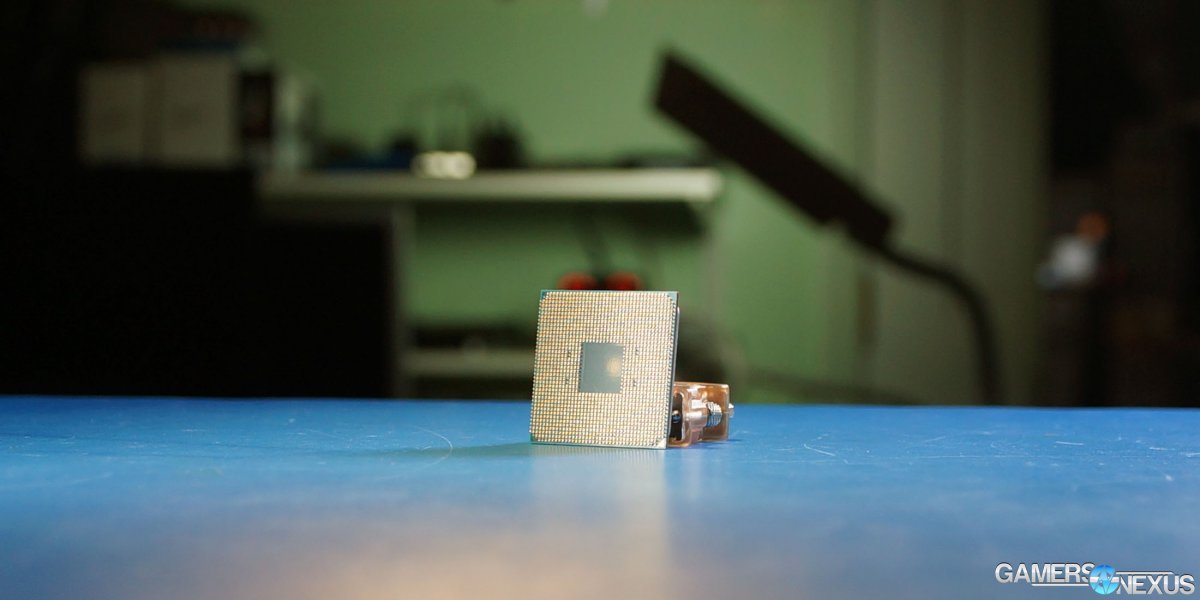 For base/boost clock and frequency specifics, defer to this table:

We think the R5 CPUs are the ones to watch for our core audience, particularly when considering the R5 1400 and R5 1500X price:performance potential. We’ll be benchmarking these CPUs as close to launch as possible.

As for platforms, AMD is mostly suggesting that these CPUs belong (in terms of price) on B350 motherboards. Unlike Intel’s Z/X SKUs, AMD’s chipset SKUs all allow for CPU overclocking. Limitations will apply with regard to VRM thermals, considering the weak design of some boards, but the higher-end B350 units will allow CPU OC functionality. Considering the relative ease of overclocking for the R7 1700, and its corresponding performance (outmatching a stock 1800X in gaming), this is a good thing. Overclocking may well be worth it with R5 CPUs. We’ll test that in the eventual review.