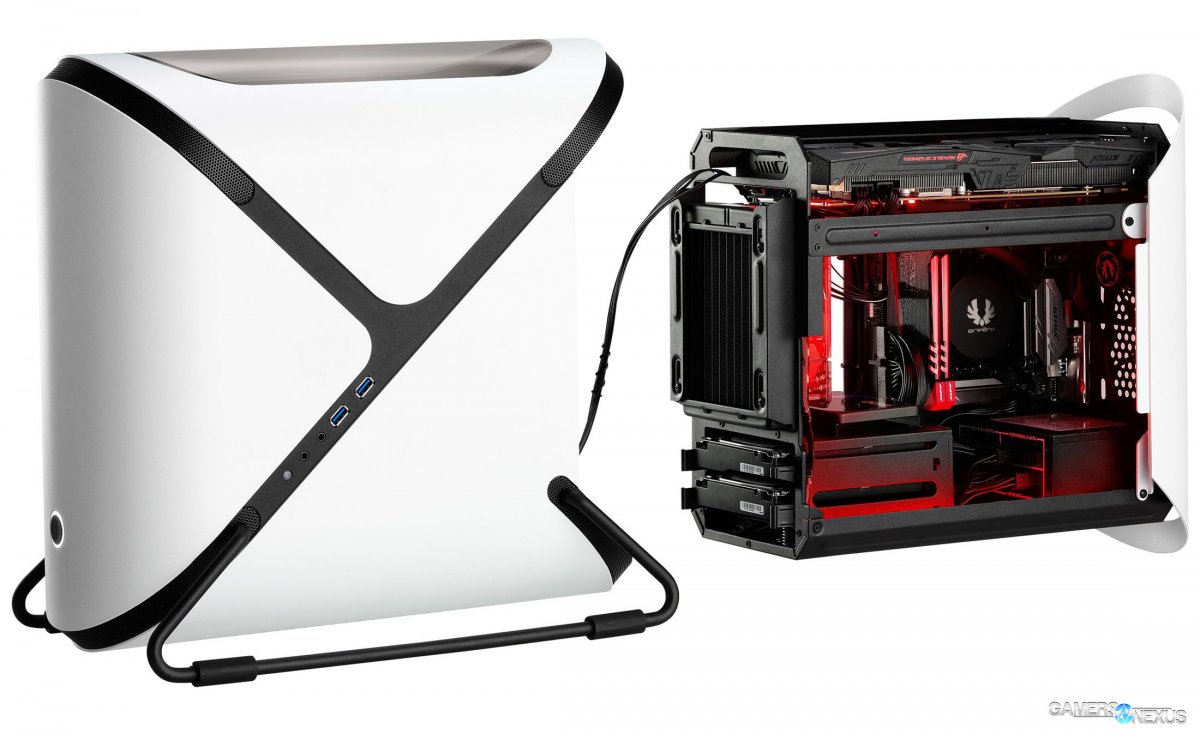 The GPU is housed fan-side-up at the very top of the case, forming its own chamber. No riser is used; instead, the whole motherboard is inverted, which is difficult to see from the outside without a side panel window. The window is at the very top of the case, and will therefore only show off the GPU. This is similar in execution to the iBUYPOWER Revolt 2 that we reviewed ages ago. 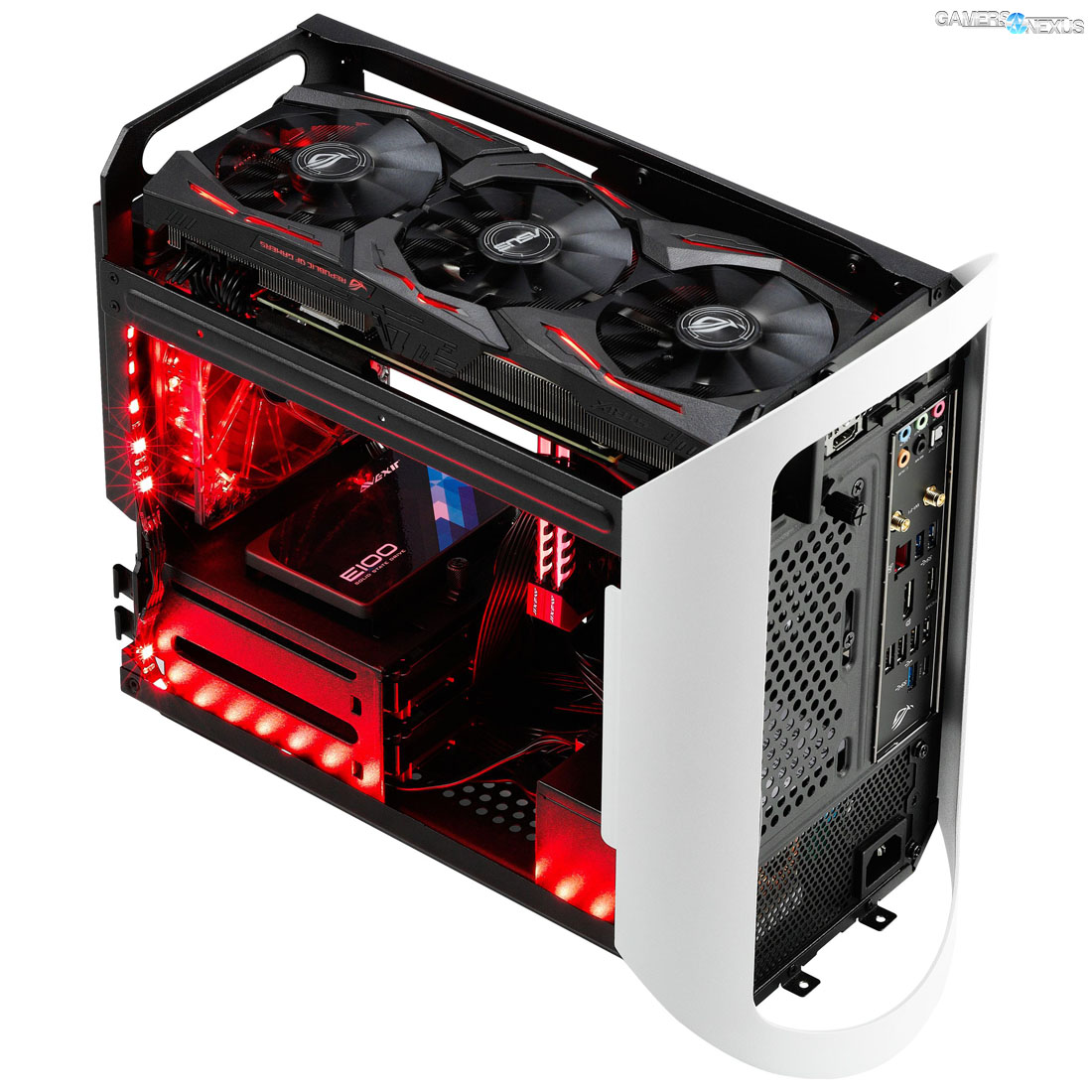 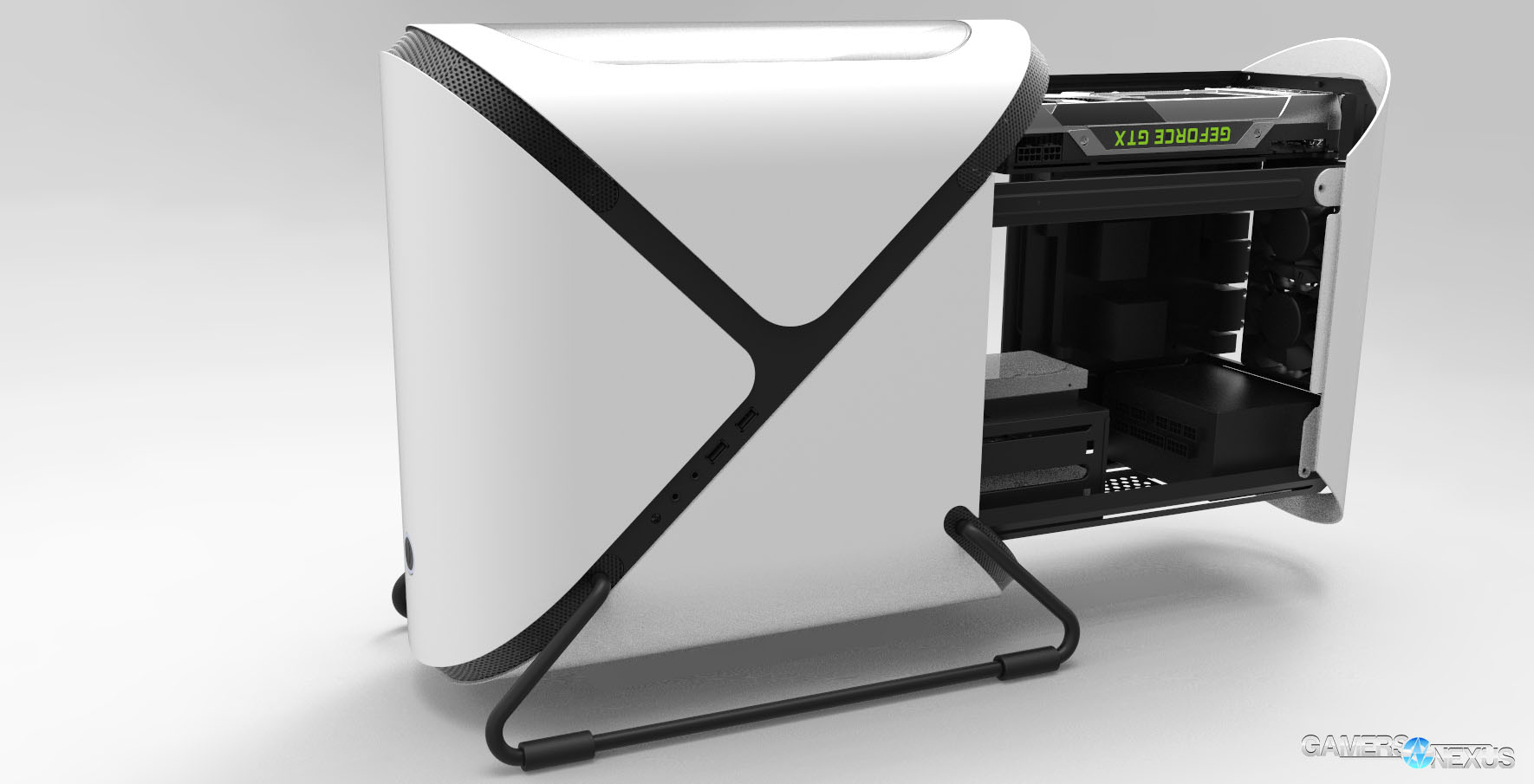 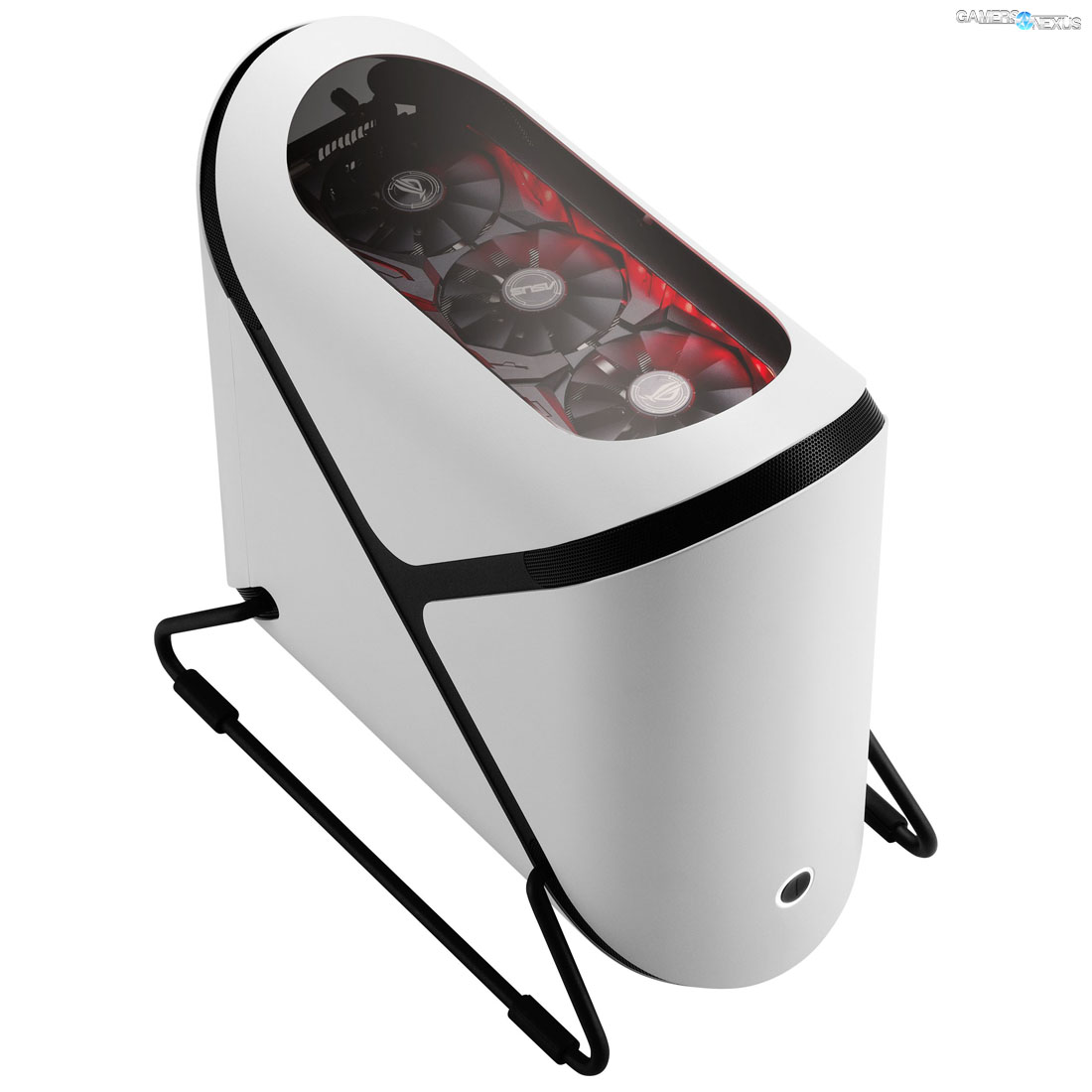 One interesting functional aspect of the Portal is its removable main chamber, which slides out on rails like a drawer. Other than the front panel connectors, all internal components (including the fans) are packaged within the inner chamber.

The Portal is offered in black, white, and windowed varieties of both colors. The shell is aluminum, the chassis is steel, and the window is transparent acrylic.

We’re waiting on further pricing and availability information, and hope to review the enclosure once samples go out.