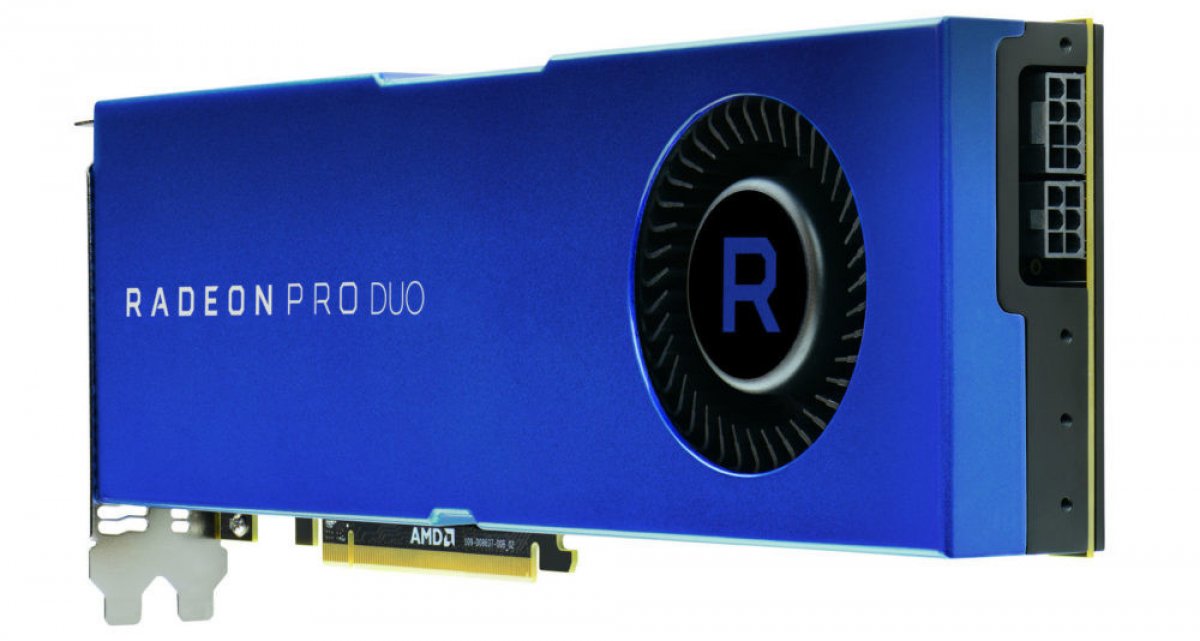 The Radeon Pro Duo was originally announced in April of 2016, so about a year ago, at a $1500 price-point. The card was intended for content creators, theoretically leveraging two GPUs with a combined 350W TDP thermal target for “VR-ready content creation.” That was the major branding at the time. The original Radeon Pro Duo also ran 2x 4GB HBM banks, a bit different from today’s Radeon Pro Duo – Polaris card.

The Radeon Pro Duo (2017 edition) uses 2x Polaris GPUs to expand on WX7100 production capabilities. Unlike the last Radeon Pro Duo, this card has opted for 2x 16GB banks of GDDR5 memory between the GPUs, totaling 32GB VRAM across the card. As far as Dx11 games are concerned, that’s still 16GB VRAM in CrossFire, but this isn’t really a gaming product. The 3D modeling and CAD-type software that the Radeon Pro Duo is meant for will leverage the individual banks in ways that games can’t and won’t. They’ll also make use, in theory, of the total 72 CUs  and 4608 SPs (64*72=4608 processors), with an advertised 11.45TFLOPS total FP32 COMPUTE capabilities.

The new Radeon Pro Duo costs $1000 and should begin shipment by end of May.

We normally don’t test these types of cards as they are just outside our core audience, but if there’s enough demand, we’ll see if AMD can loan one out.