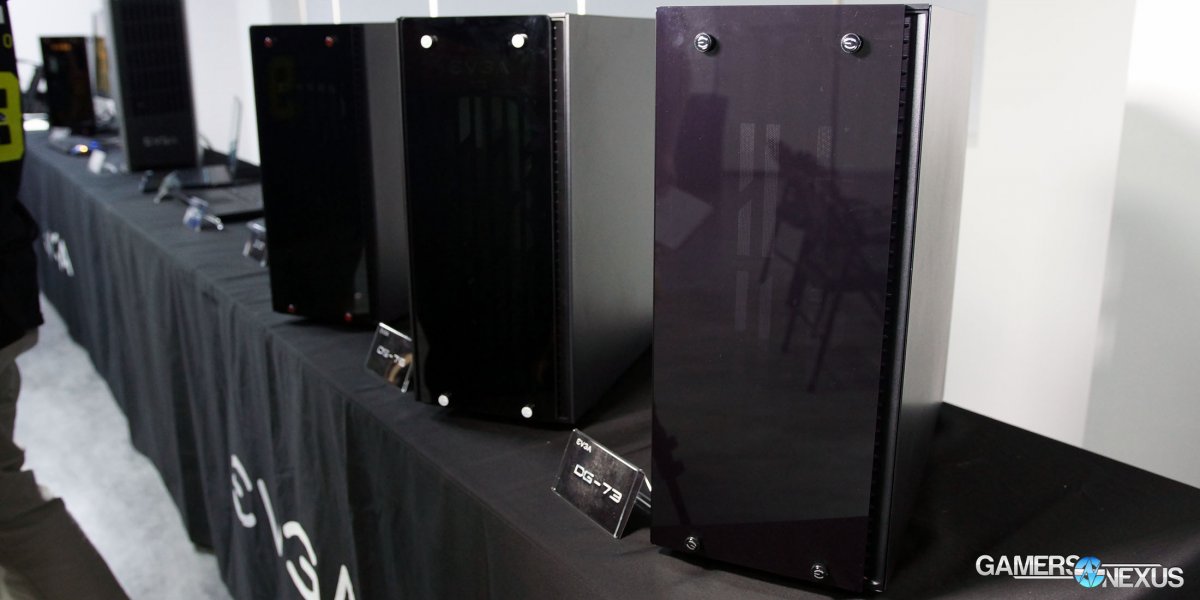 In addition, all three cases have the same front I/O, made up of a power and reset switch, two USB 3.0 ports, and microphone and headphone jacks. Drive support is the same as well: they all include two 2.5” and two 3.5” drive caddies, all located behind the motherboard tray.

The DG-73 will ship with a single fan, the DG-75 will ship with two fans, and the DG-76 will ship with 3 fans. All three chassis support top mounted 240mm and front mounted 360mm radiators. Additionally, the DG-75 and DG-76 will support vertical mounting via a PCIe riser cable for showcasing the front of your graphics card. Pricing was not available, however EVGA plans to have these available around mid-July of this year.

EVGA also let us take a look at the new Z10 Mechanical Keyboard. The Z10 will be available with Brown or Blue Kailh Switches. The Z10 has RGB LEDs with a slider switch for LED brightness, as well as dedicated media keys with another slider for volume. The Z10 will include a number pad to the right side of the keyboard with dedicated macros on the left hand side. Again, no word from EVGA on pricing and availability dates are also unknown at this time.

Be sure to subscribe to the channel and check back on the site for more Computex 2017 coverage.