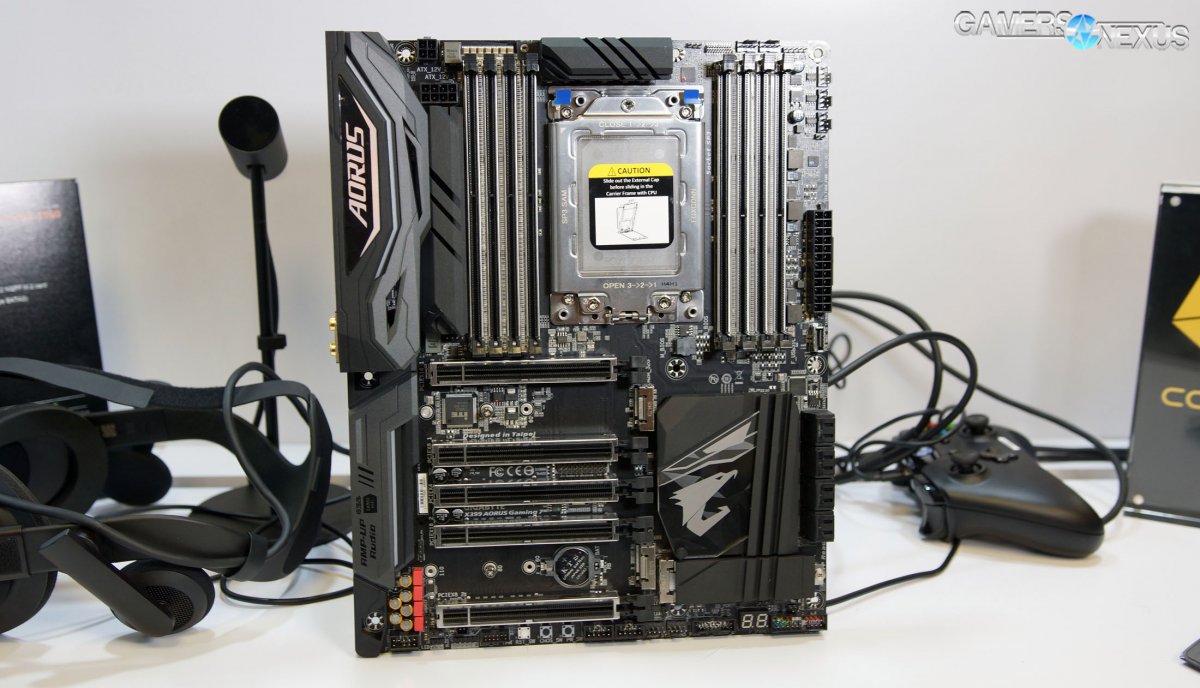 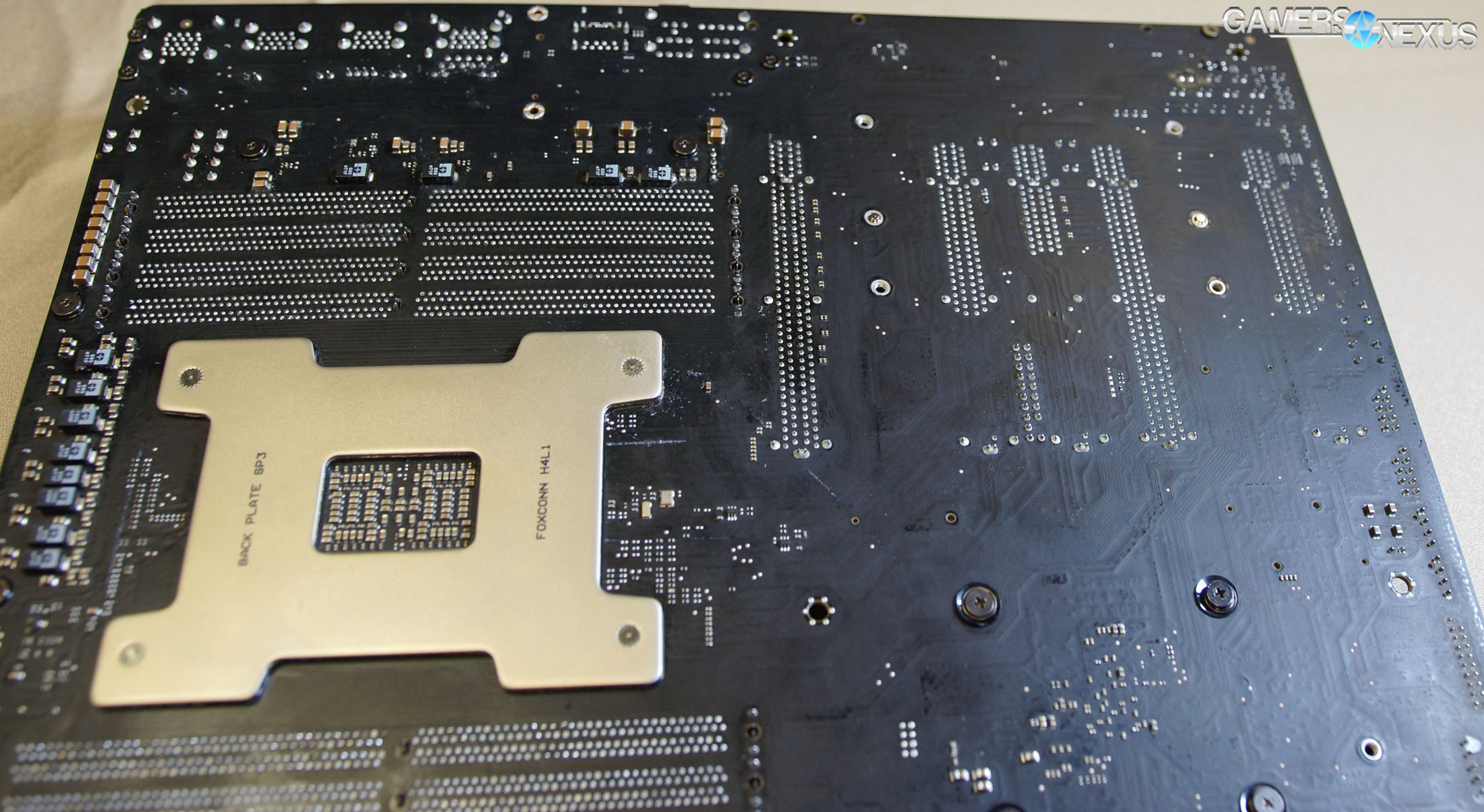 Gigabyte’s X399 Aorus Gaming 7 presently hosts a 6-phase power design, but Gigabyte tells us that they’ll be ditching the 6-phase in favor of an 8-phase Vcore VRM. This, we’re told, is because the 6-phase simply wasn’t producing the power capabilities that Gigabyte desired. For the final production unit, Gigabyte will switch to an 8-phase Vcore VRM using all International Rectifier 3553 MOSFETs, with an IR 35201 for the voltage controller. The 8-phase Vcore VRM will be accompanied by 2x 2-phase memory VRMs (one for each side). We do not presently have further power design information, but GamersNexus is the source of the above information – this was found out through looking over the board’s components and speaking in an interview with Gigabyte’s PMs on the board. 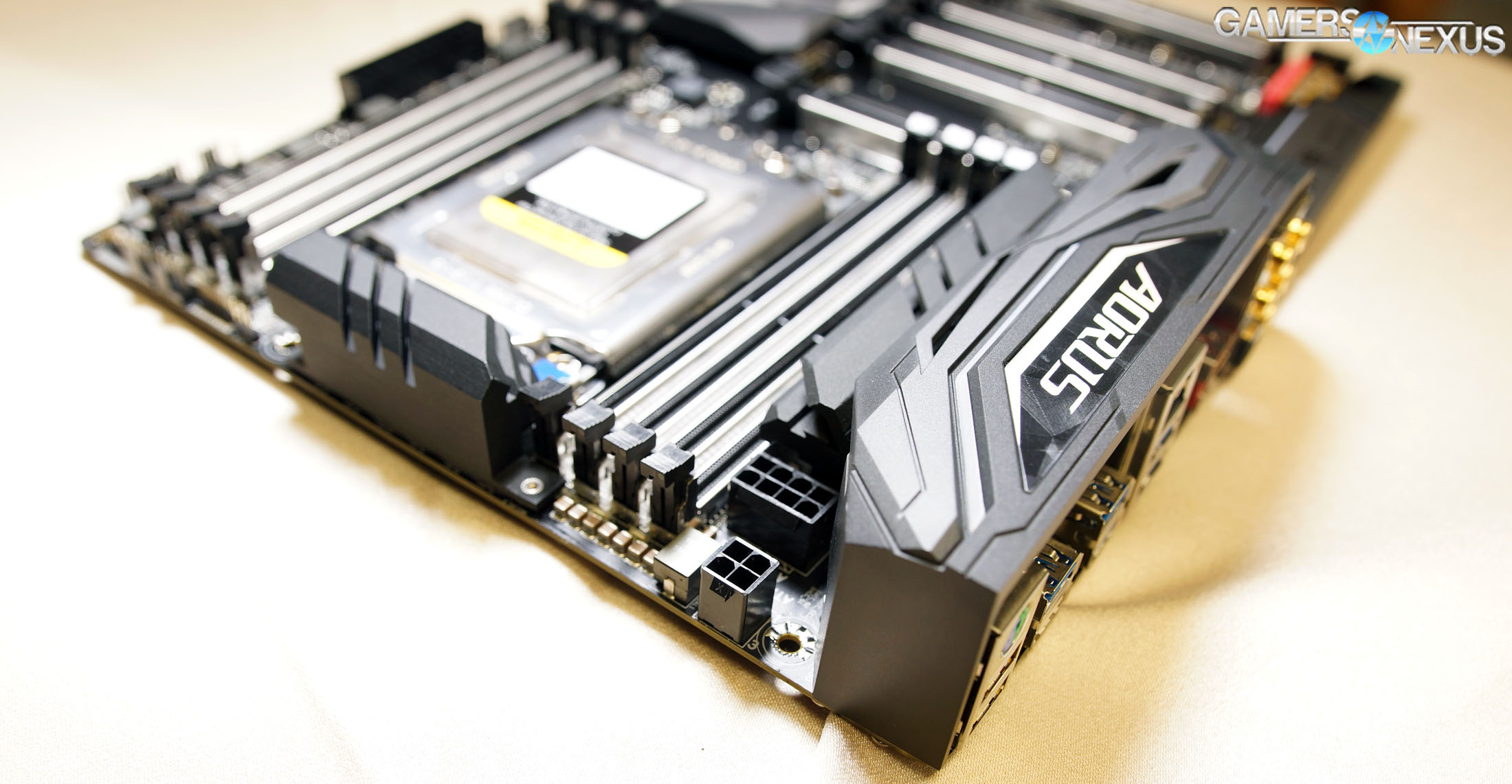 Gigabyte is running 1x 8-pin power header and 1x 4-pin power header for EPS12V lines, which is the AMD reference spec. Some boards we’ve seen are using 2x 8-pin, though 1x 8+4 will be standard.

Other than this, the usual assortment of RGB LEDs and other accessories, like M.2 heatsinks, are present on the motherboard.

Threadripper will release on August 10, from what we presently understand, and the motherboards should ship alongside TR. Mass production availability is looking like mid-August. Price is TBD, as AMD has not finalized its socket and chipset prices.