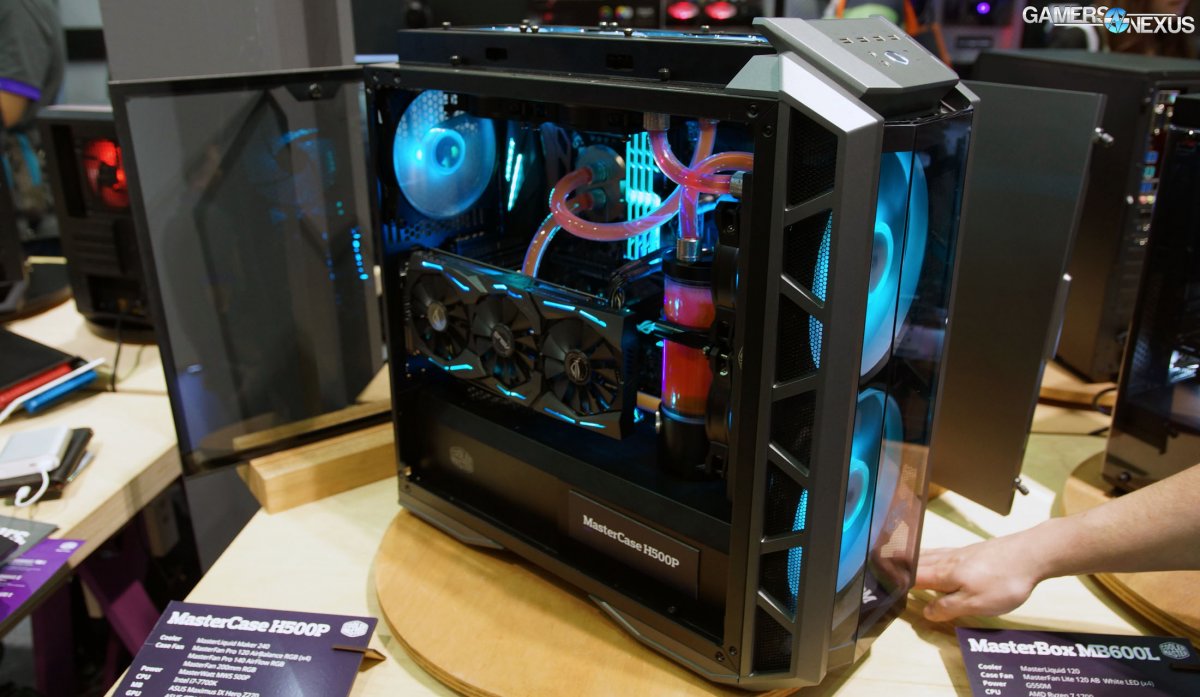 Front I/O is fairly simple: power/reset switches, microphone and headphone jacks, 2x USB 2.0 ports, and two USB 3.0 type A ports. We would have liked to have seen USB 3.1 Type C but perhaps that could be added on future models. 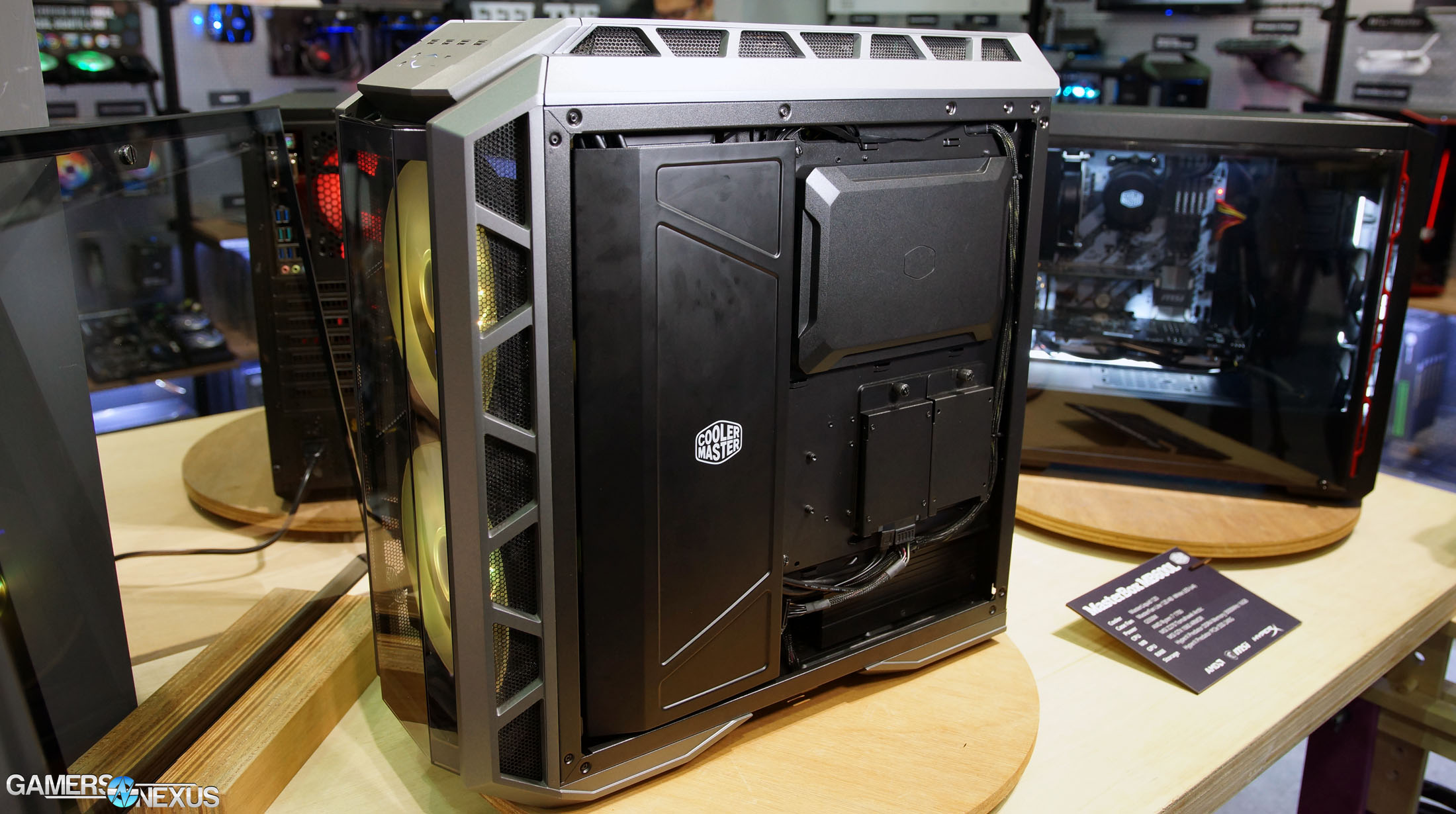 Cable management should prove easy on the H500P, with a PSU shroud, removable cable management plate in the back, and rubber grommets for easier cable routing. The front half of the PSU shroud can be slid back or separated entirely if desired. For storage in the PSU basement there, are two 3.5” drive bays, though 2.5” drives can be used in the bays as well, and there are two 2.5” drive caddies located on the back of the motherboard tray. The H500P has a steel side panel held on by thumbscrews for the back, while the left side panel is tempered glass, keeping with current trends. The H500P should be available in September of this year and should retail for $140 USD. 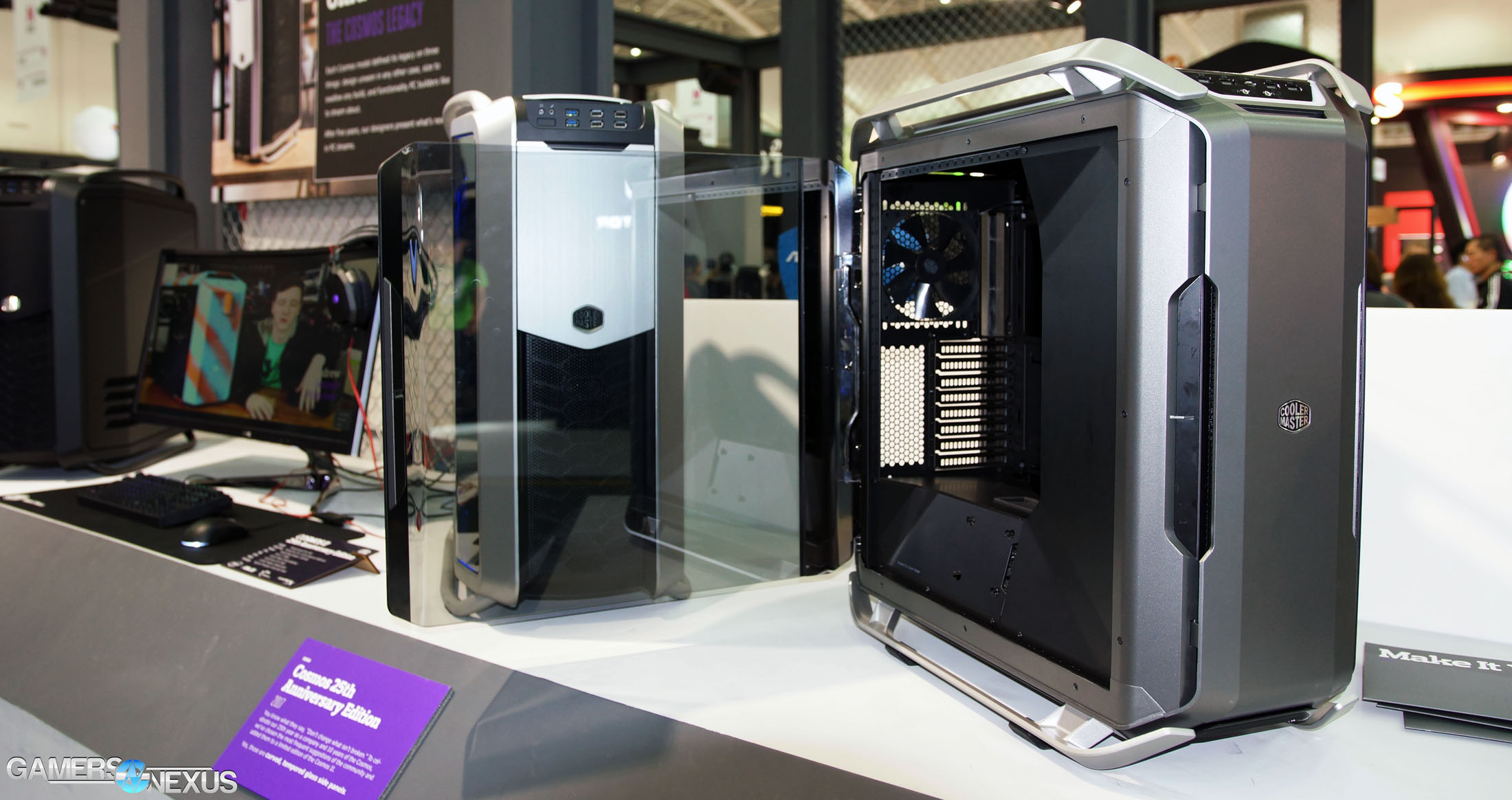 The Cosmos Series will have two cases coming out: a 25th Anniversary Edition Case and the Cosmos C700P. Unlike the Anniversary Edition, the C700P enclosure will be a totally new product in the Cosmos lineup, but does take some designs from previous models. The C700P will still have the handles at the top and bottom that we’ve seen on older Cosmos cases. Front I/O includes power/reset buttons, four USB 3.0 Type-A ports, one USB 3.1 Type-C, and dedicated buttons to control the RGB lighting built into the case. RGB is limited to a select colors with the I/O button, though Cooler Master claims that the case will support synchronization with ASUS, Gigabyte, MSI, and “all” motherboard manufacturers. 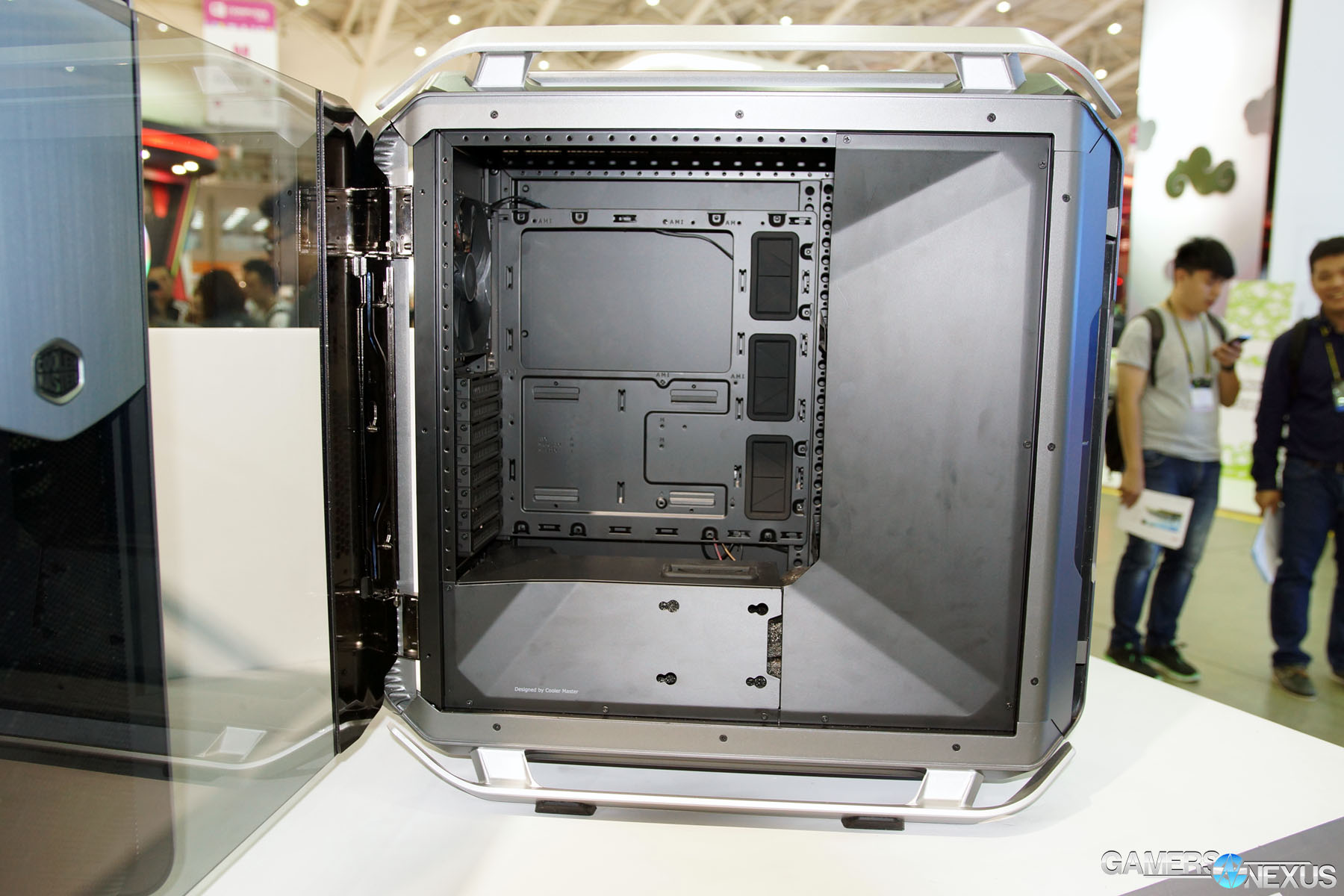 The C700P will ship with an included three 140mm fans -- two in the front of the case for intake and one at the rear for exhaust. None of these will include LEDs. The front of the case has a plate that covers the available eight drive bays, which can house either 3.5” or 2.5” drives. Another SSD can be mounted near the bottom front of the PSU shroud. The C700P also has two very large dust filters that span the length of the case, both at the top at bottom, and makes for easy removal for cleaning. An interesting feature of the new Cosmos C700P is the removable motherboard tray, somewhat similar to the Dark Base Pro 900 from Be Quiet! The motherboard tray can be taken out of the system for installation of the motherboard and can be put back into the case right-side up or inverted. This is not a new idea, but is a first for the Cosmos series. The C700P does not have finalized pricing, but Cooler Master estimates pricing to fall between $300 and $350. Availability is slated for October or November.

As Computex continues, be sure to subscribe to the channel and check back for more articles here on the site.