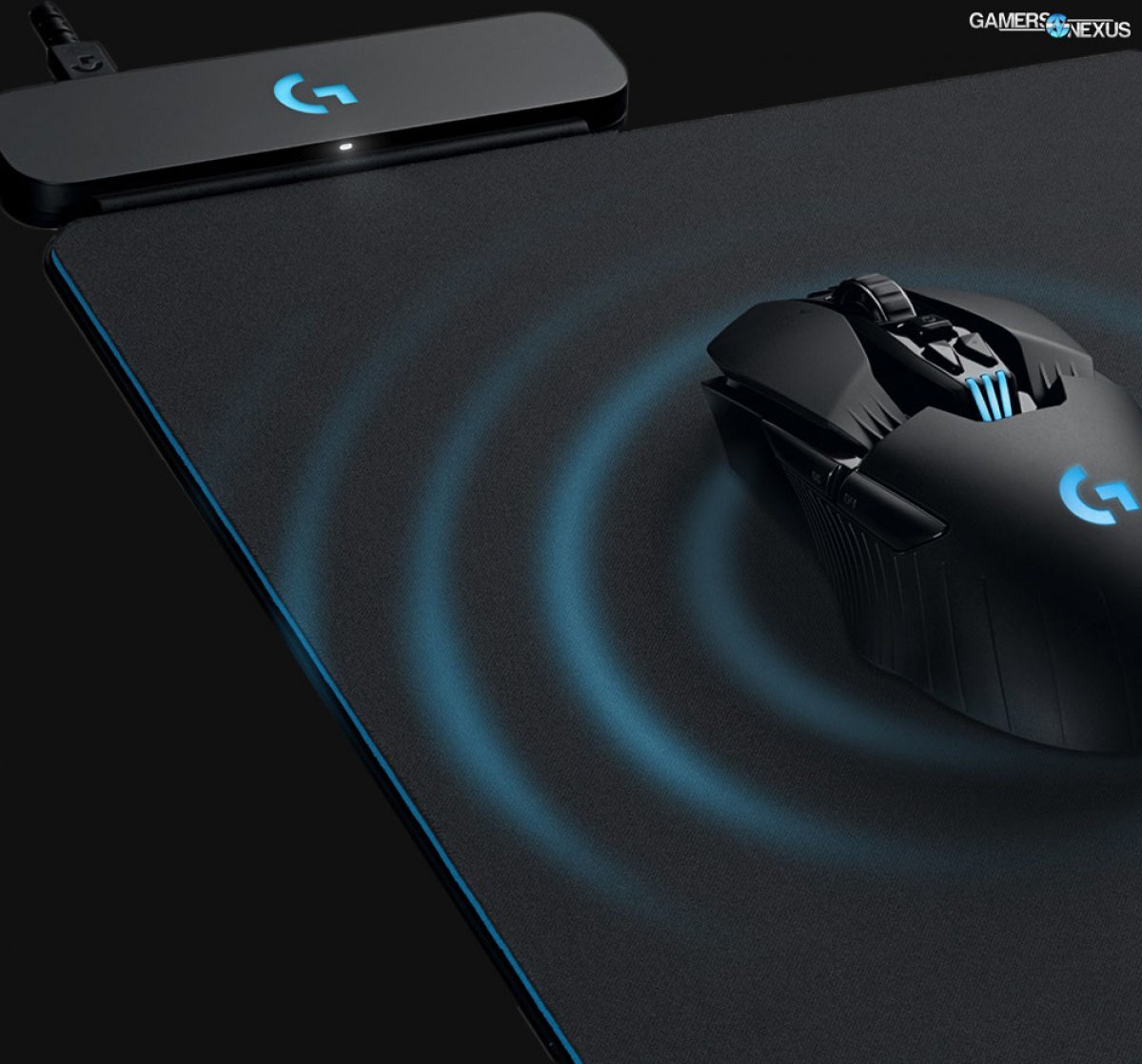 The PowerPlay mat contains both the charging solution and the wireless receiver. Measuring 340x280x2mm, the mat retains a reasonably low profile while accommodating existing mouse pads on the market – from Logitech and others. Part of deploying a two-part solution like this is to ensure that the expensive part, the $100 “PowerPlay” mat, will not endure abuse and will remain protected by a cloth mouse pad above. As for the charging solution, that works by using a magnet placed within the base of the mouse, in the normal weight cartridge location, and is fed by normal USB2.0 spec power (500mA @ 5V). This is sufficient to power both charging and wireless signal reception. Everything is connected via one cable. 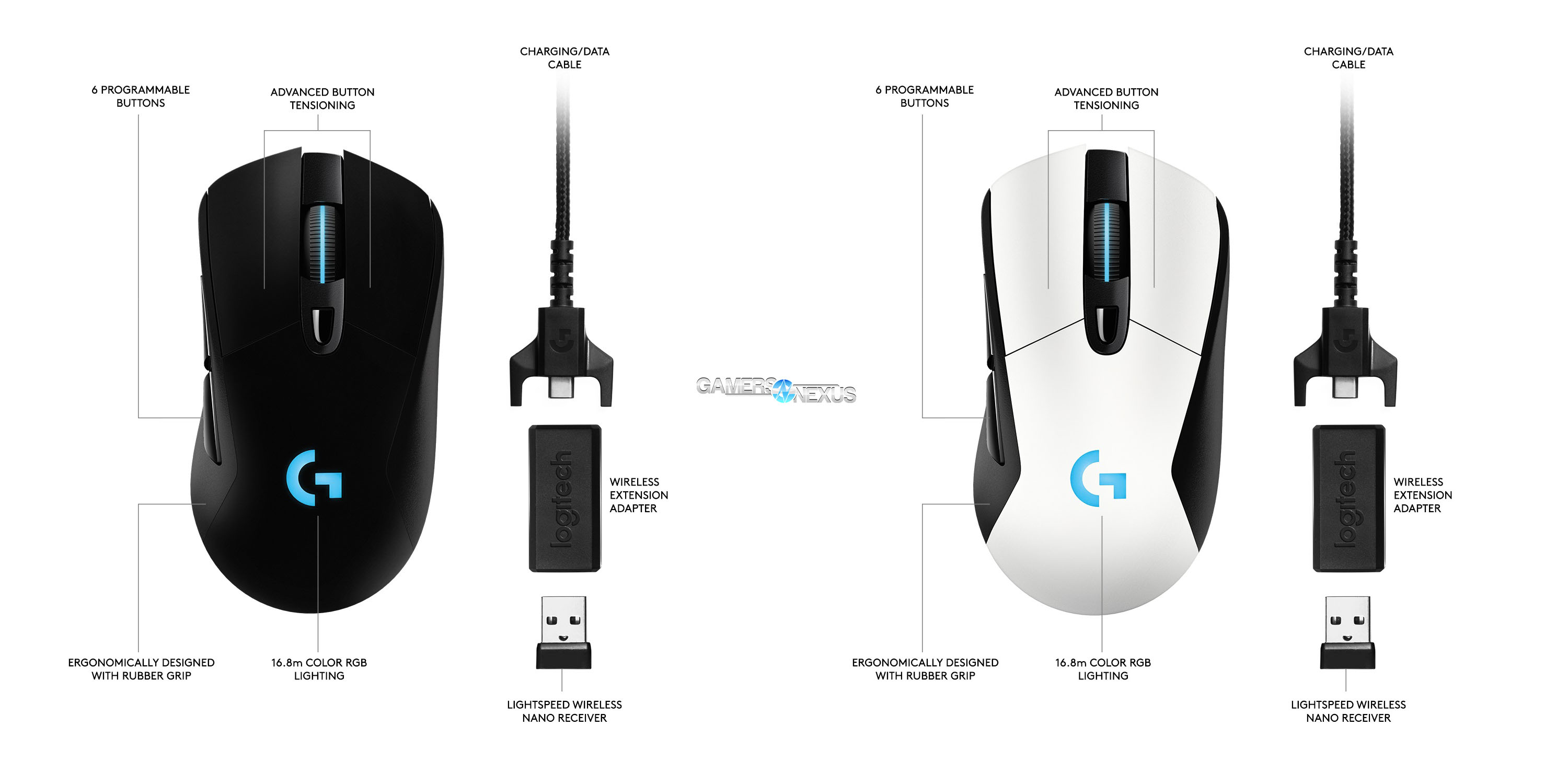 We don’t know exactly how much of the current makes it to the mouse, or the level of charge efficiency, but we do know some of the charging behaviors of the G903 & G703. In a discussion with Logitech, the company told GamersNexus that the mouse will limit abuse on the battery (the same Li-Po battery found in the G900) by sitting close to a 90-95% charge at all times, avoiding unnecessary and constant full charges. The mouse will also permit discharge down to ~70~75% prior to recharging. There’s not much liftoff when using magnetic resonance to charge, as the EM field has limited range, but most mice will spend the majority of their lives planted. The module within the mice is called a Power Core module, and will be present in both the G903 and G703. Future mice could theoretically accommodate the same module and retain compatibility with the charging base.

As for the actual mice, the G903 isn’t all that different from the G900. Some of the accents are colored differently and the Power Core functionality is new, but the mouse should feel the same as the G900. Read our G900 review for more info on the ergonomics of that mouse. Regarding actual hardware changes, Logitech will be replacing the LMB + RMB switches with 50M click lifespan solutions, increasing total rated click count by 30 million actuations. The other buttons will use the same switch ratings as previously, and the sensor and wireless technology is the same as the G900.

We’re expecting review hardware for this one. We hope to further detail how the charging circuit works for the mouse and to work with Logitech's engineers and PMs on better detailing the hardware. Today was just the announcement, with hardware availability to come later. Stick around for further information.