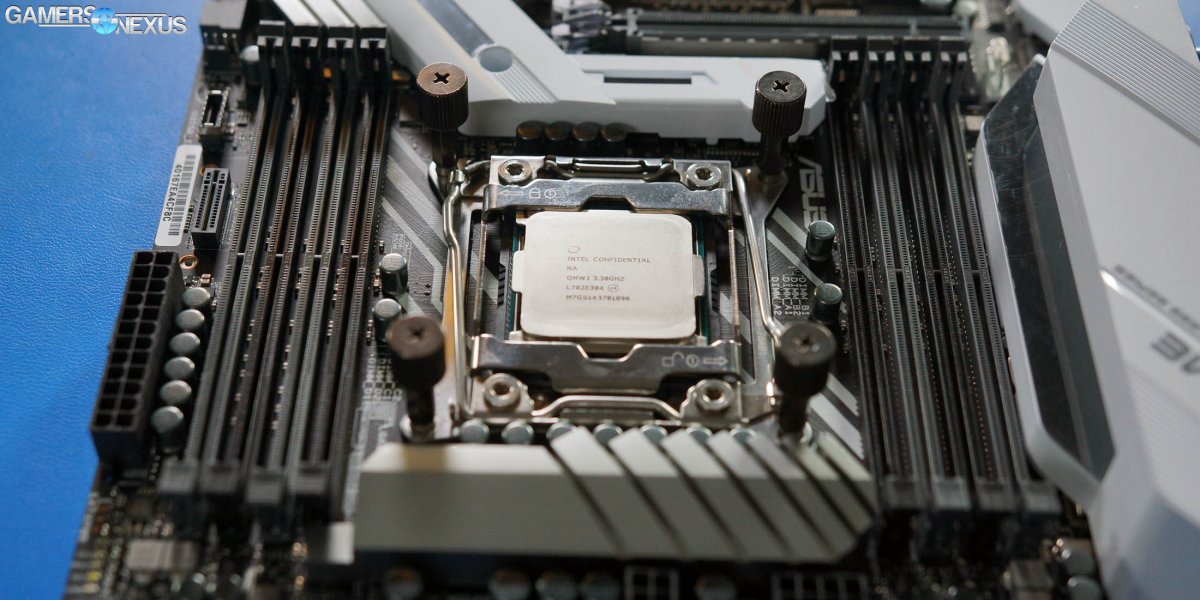 Intel’s Skylake X and Kaby Lake X CPUs launched yesterday, and we’re sending the CPUs through a second battery of tests for our follow-up coverage, including further validation of Intel’s marketing and our thermal and power tests. We finally have updated software for logging thermals and voltage readings, which means our next set of tests will be out within 2 days. So far, the 7900X is running hot – overclocking got us stuck at around 4.5GHz/1.275V with a 90-95C package temperature when using a Kraken X62, and can increase power draw into a couple hundred watts.

As stated in some of our X399 coverage (and 7900X review), our present understanding from hardware vendors is that Threadripper should release on August 10, 2017. That's not finalized by AMD in official word, but given that boards ship on August 10th, it seems reasonable to expect that Threadripper will join them.

At E3, Alienware (Dell’s gaming brand) announced a new Area-51 gaming desktop using AMD’s HEDT processor, Threadripper. Alienware will be the first OEM to deliver Threadripper to market via pre-builts. Area-51 Threadripper edition will offer Threadripper CPUs up to 16C/32T, up to 64GB of 2933 DDR4, up to 2x GTX 1080s in SLI or 3x RX 580s in Crossfire, and up to 2 TB of HHD storage and 1TB of SSD storage. Pre-order begins July 27th; pricing is TBA.

At CES 2017, Acer showed off a gaming laptop using a 21” curved IPS display, Kaby Lake i7, 2x GTX 1080s in SLI, a mechanical keyboard, and other lavish features usually reserved for high-end desktops. The price—if you can afford it—is $9000. The Predator 21x is now available, and production will be limited to 300 units.

Samsung is ramping up production of its anticipated 64-layer NAND, and plans to introduce products using 64-layer technology towards the second half of the year. The new 64-layer die will use a capacity of 256GB, take up less space on the wafer, increase the bit output, is capable of 1Gbps, and will allegedly offer a 30% energy efficiency gain from a lower input voltage of 2.5V.

Global Foundries has announced that their 7nm FinFET process is on schedule for volume production in 2018. The new process is ostensibly capable of a 40% generational performance boost – that is to say, 40% more processing power and twice the area scaling, when compared to current 14nm FinFET. It will still be some time before 7nm is relevant to consumers, but Global Foundries intents to stick to their product roadmap.

The rest of the show discusses miscellaneous items and monitors.