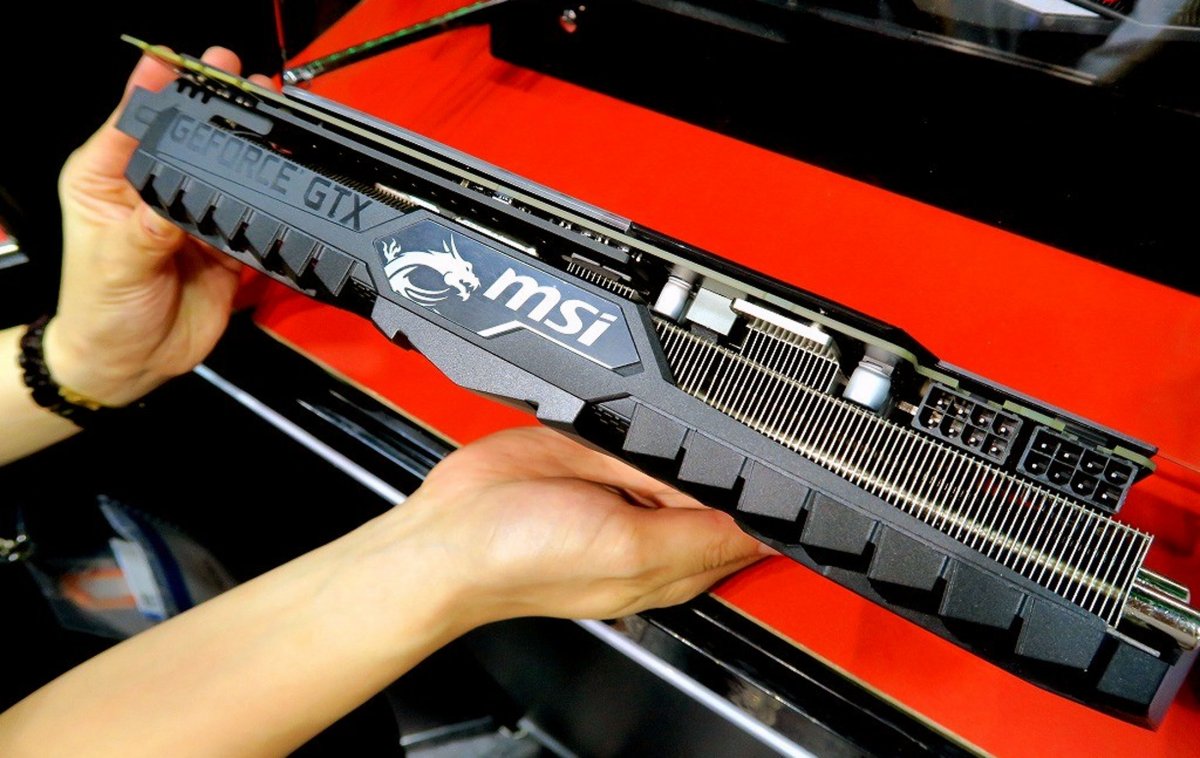 MSI is still building GTX 1080 Ti models, it seems. The Pascal 1080 Ti series has to be one of the most prolific AIB partner cards in a long time: EVGA has an insurmountable catalogue, at this point, ASUS and Gigabyte branched-out 1080 Ti units, and MSI is now adding a triple-fan cooler that seems to be taking some of Zotac's style.

The new MSI GTX 1080 Ti Gaming X Trio will join the company's existing line of cards, including the Gaming X, Gaming Z, Lightning X, Lightning Z, Seahawk, et al. The Gaming X Trio switches from "Twin Frozr" to a triple-fan cooler, using two fans of larger size (they look to be 90mm, maybe 100mm) and one of smaller size, located centrally. Unlike some of the competition, all three fans spin in the same direction and use the same blade design, just different sizes.

The card uses a black/white appearance with the usual backplate, including dragon embellishments. Red accents are located between the 'ridges' in the design.

We don't yet know the PCB design. We're thinking it's the Gaming X PCB, which is actually quite good, but with a bigger cooler. We do know that the card has 2x 8-pin headers, stepping down from the 3x 8-pin gimmick configuration of the Lightning Z. 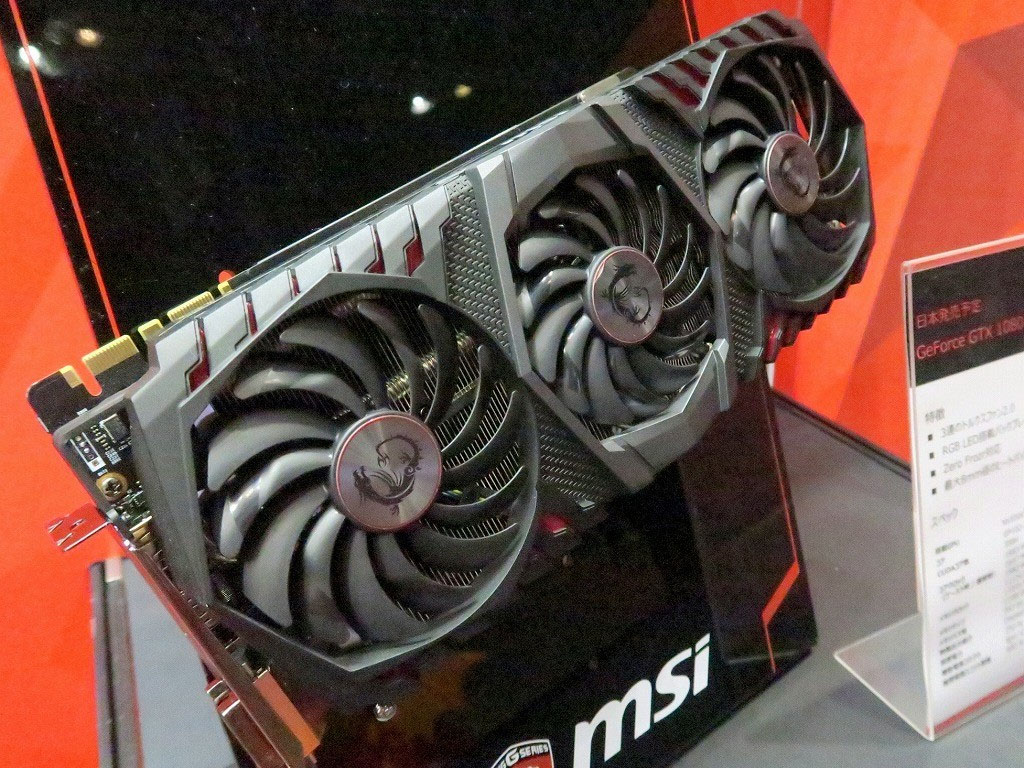 From top-down shots, we can see that a MOSFET cooling plate is located on the bottom of the finstack, making direct contact with the power stages and flanking the chokes.

We might not be looking at this one. Interest in the 15th 1080 Ti review seems to be down, but it's always a possibility. We'd just say not to expect one, at this point. Lots of other stuff to work on.

Japanese site GDM spotted this at Tokyo Game Show, so we will direct you there for the rest of the images.