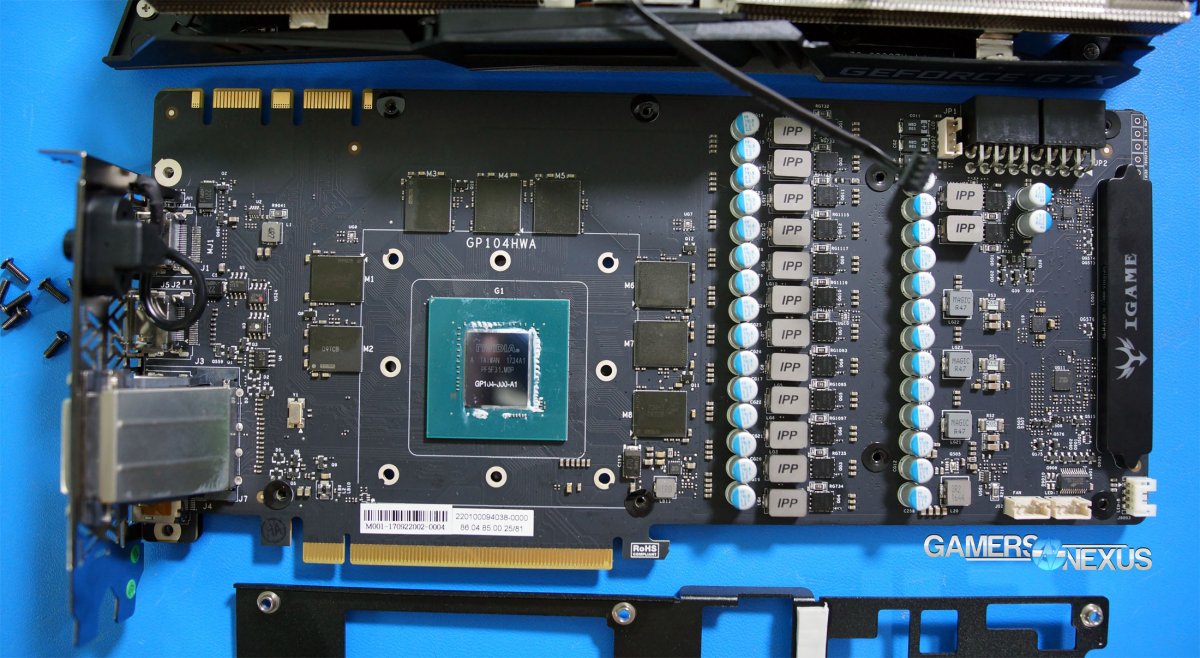 The 1070 Ti is slightly cut-down from the 1080, the former of which runs 19 SMs for 2432 CUDA cores (at 128 shaders per SM), with the latter running 20 SMs. The result is what will likely amount to clock differences, primarily, as the 1070 Ti operates 1607/1683MHz for its clock speeds, and AIB partners are not permitted to offer pre-overclocked versions. For all intents and purposes, outside of the usual cooling, VRM, and silicon quality differences (random, at best), all AIB partner cards will perform identically in out-of-box states. Silicon quality will amount to the biggest differences, with cooler quality – anything with an exceptionally bad cooler, primarily – differentiating the rest.

As we understand it now, users will be able to manually overclock the 1070 Ti with software. See the specs below:

If the cards are nearly the same in performance, an overclock by the user should make that up. We’ll see. It seems as if the primary factor in overclocking will be power limit, where some boards and VBIOS configurations will permit higher current/power to the card. That’d be worth noting, and is something we’ll look at in reviews.

This is a move by nVidia to combat the Vega 56 card. We’d wager that a 1070 Ti wouldn’t exist without Vega 56, as nVidia would rest easily with its 1070 and 1080 gapped by a $100 bill. Given V56 availability and pricing, same-cost 1070 Ti cards might take some of the wind out of those sails – but we’ll see if V56 cards see price drops, or if AMD instantiates some sort of bundle deal to try and keep eyes on Vega.

We’ll have a review on this for launch.