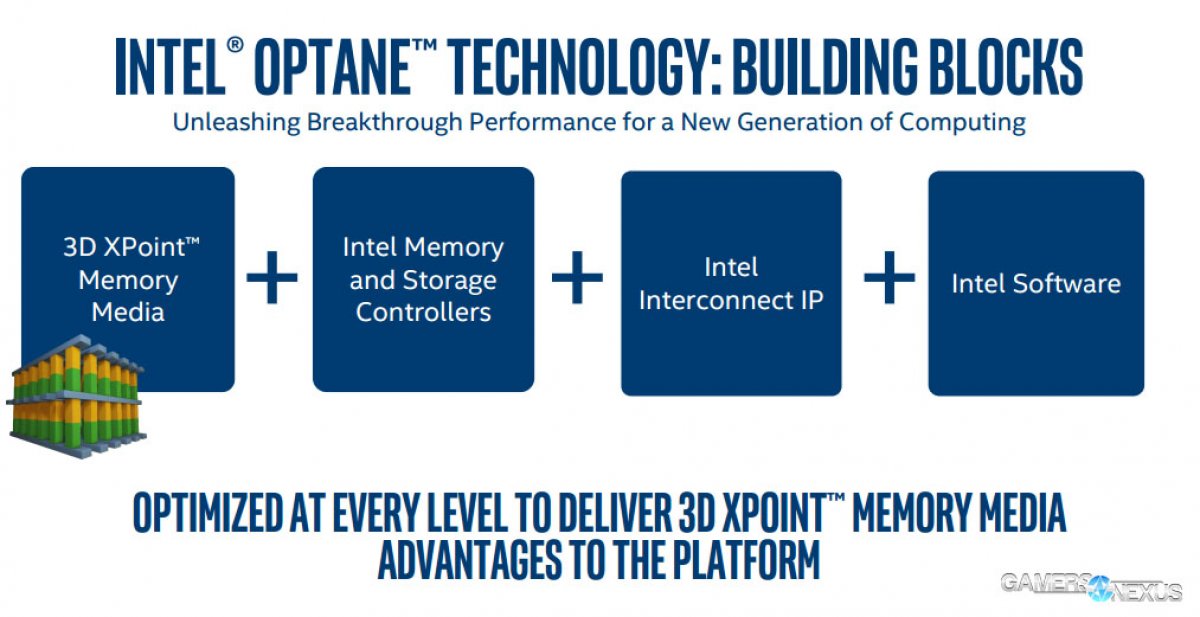 During a presentation at the USB Global Technology Conference, Intel indicated that the roadmap for Intel Optane DIMMs lands their proprietary memory somewhere in the second half of 2018. Thus far, we’ve seen the storage and caching side of Intel Optane 3D XPoint. It seems in 2018, we’ll be afforded the opportunity to witness 3D XPoint as main memory.

We’ve seen glimpses of Intel Optane in products like the DC P4800X and Optane SSD 900P. There’s also the Intel Optane Memory modules that were targeted for Kaby Lake systems, and are intended to supplement your memory and storage devices, acting as something of a caching solution. With the new Optane DIMMs, Intel seemingly intends to combat DDR4. Intel’s ploy with 3D XPoint is to bridge the gap between NAND and DRAM—offer fast, dense memory that can retain data without power, operate exceedingly fast at low queue depths, and make it affordable.

It is still vague on just how analogous 3D XPoint will be to DDR4; they’ll ship as memory-mapped devices, and Tom’s Hardware notes that they will be electrically and mechanically DDR4 compatible, but may require a proprietary interface as it is non-volatile memory. Moreover, 3D XPoint will not be JEDEC-compliant, at least in the short term.

Intel is boldly predicting that 3D XPoint will be an $8B market by 2021; however, it will be interesting to see how 3D XPoint compares in both price and performance in respect to DDR4, and the looming DDR5, at some point. 3D Xpoint appears to be headed to the server and enterprise segments, first. As AnandTech notes, 3D XPoint may very well come alongside a Xeon Scalable Platform refresh.

Also this week, Intel and Micron celebrated the completion of an expansion to their IM Flash facilities in Lehi, Utah. This expansion in the fab will be used for 3D XPoint production. We can infer that Micron will also be shipping 3D Xpoint memory under their QuantX brand in 2018 as well, but we’ve heard no such announcement yet.