The “Qi spot” is located in the top-right corner of the MM1000 mouse pad, an $80 unit, that couples with the $90 mouse or other Qi-enabled devices. An adapter ships with the Qi charger to power mobile devices, i.e. phones, via USB connection. It’s inefficient, given the capabilities of a cable, but it does consolidate the devices onto one surface. Our understanding is that Corsair is pushing 2A down the cable, so they’ve (literally) amped that up, with the Qi charging spot capable of outputting 7W. It is completely centered in the corner, though, and there begins the differentiation from Logitech’s PowerPlay surface. 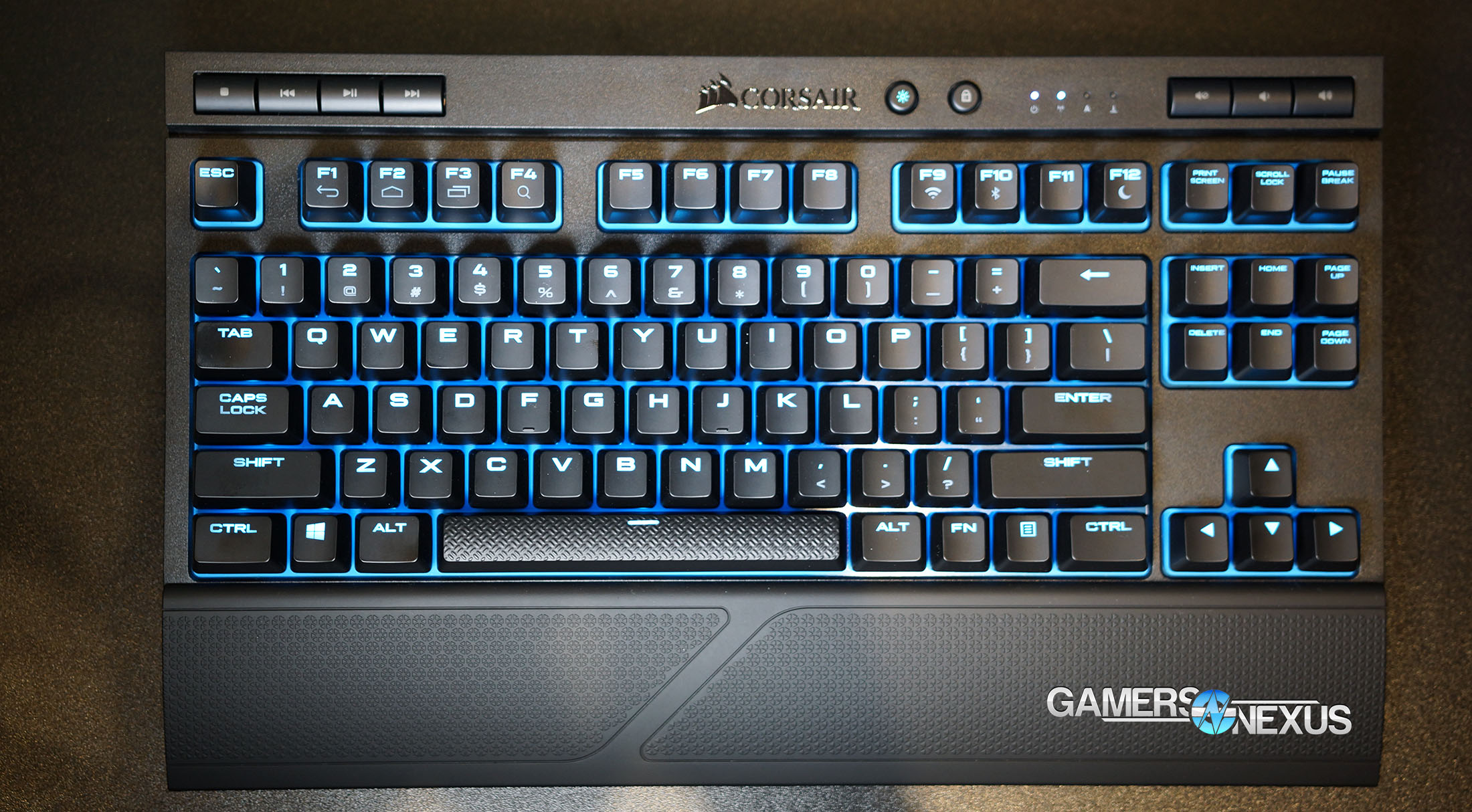 Logitech uses magnetic resonance charging across the entire surface of the mousepad, so the mouse is able to very slowly charge even while use, but without a cable ever being connected. This ensures functionally infinite battery life while in use, but the mouse should be plugged in for burstier charge requirements. Corsair, on the other hand, is going with a Qi charging configuration, capable of pushing more power into the device more quickly, but also centralized. You won’t be able to charge while using the mouse, and will need to plug it in or place it on the Qi spot. Of course, the oddity here is that, if you can’t charge while gaming, the point is sort of lost: What’s the difference between plugging in a mouse and positioning a mouse in the top-right corner of a mouse pad? Not much, really, because the mouse pad also requires a cable – you’re net-1 cable either way. The only real difference is some minor level of versatility for other Qi-enabled devices, or perhaps an argument for convenience, saving 5 seconds with each cable plug/unplug cycle. Who knows. It’s marketing, and it’s a way to try and make wireless more appealing, we suppose.

This version of the keyboard is TKL and uses Cherry MX Red switches. It uses the same wireless system as the mouse, with both offering Bluetooth and Wireless 2.4GHz capabilities. Bluetooth drags latency from 1ms down to ~7ms, as Bluetooth does, but could be leveraged to use the devices on two separate computers without requiring software  (like Synergy) to do so.