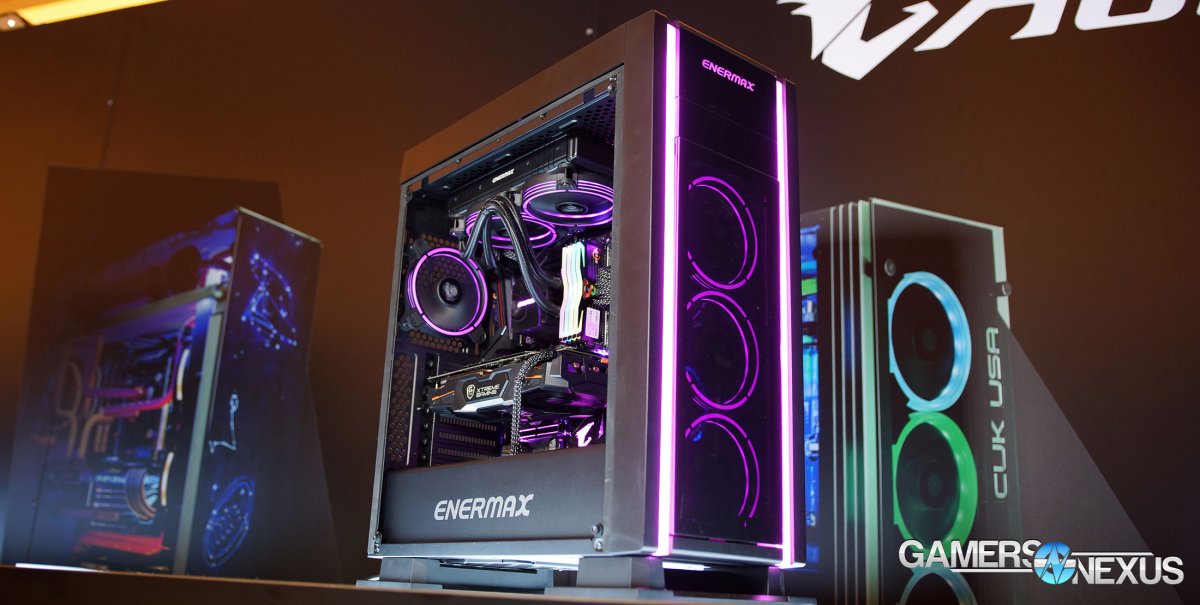 As for other products, Enermax will also be shipping a Liqtech II cooler for Intel and AMD systems, using the same pump and radiator as found in the TR4 Liqtech unit that we’ve praised. The impellar should also be the same, from what we understand. Pricing will likely be the same as the TR4 unit, +/- $10. 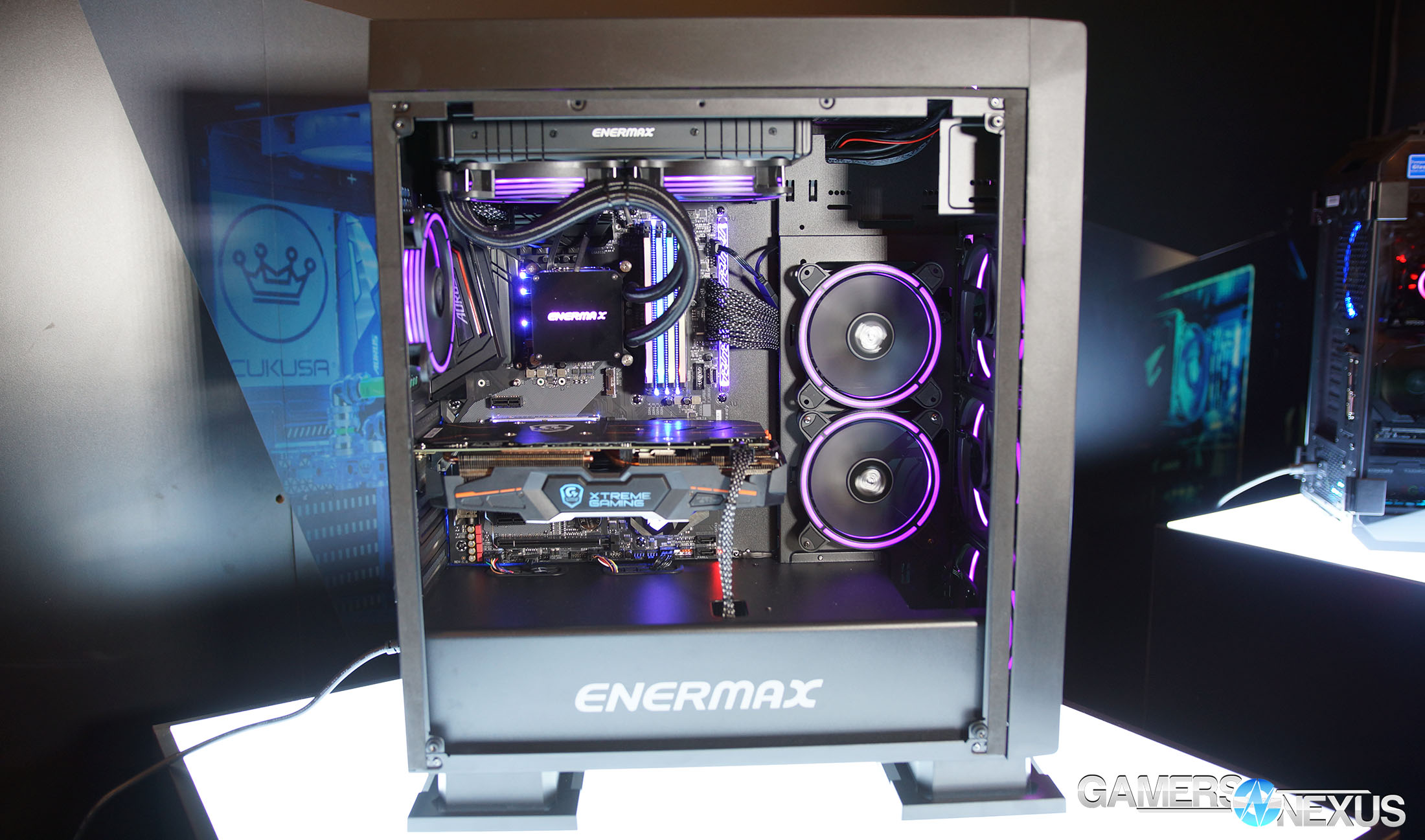 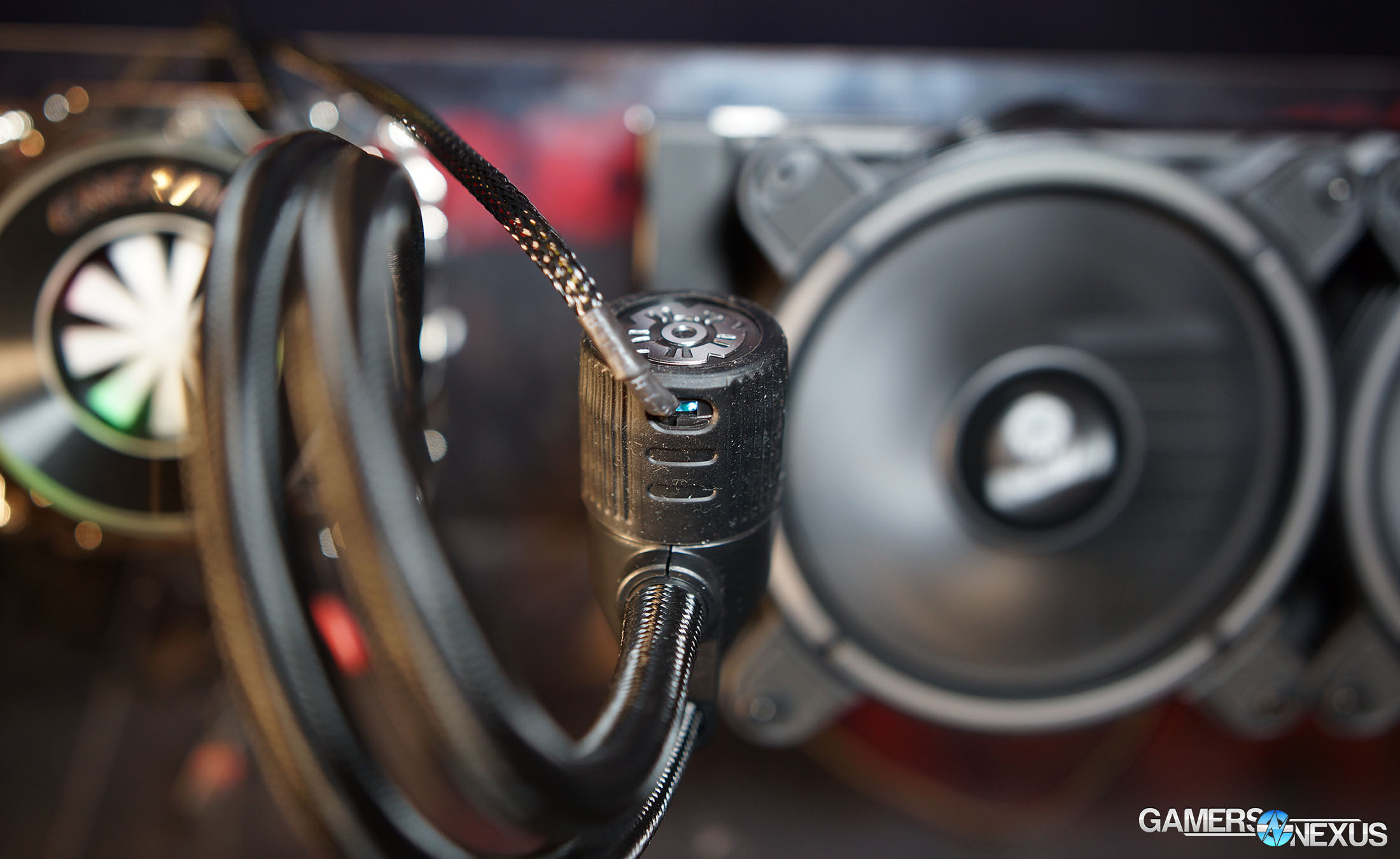 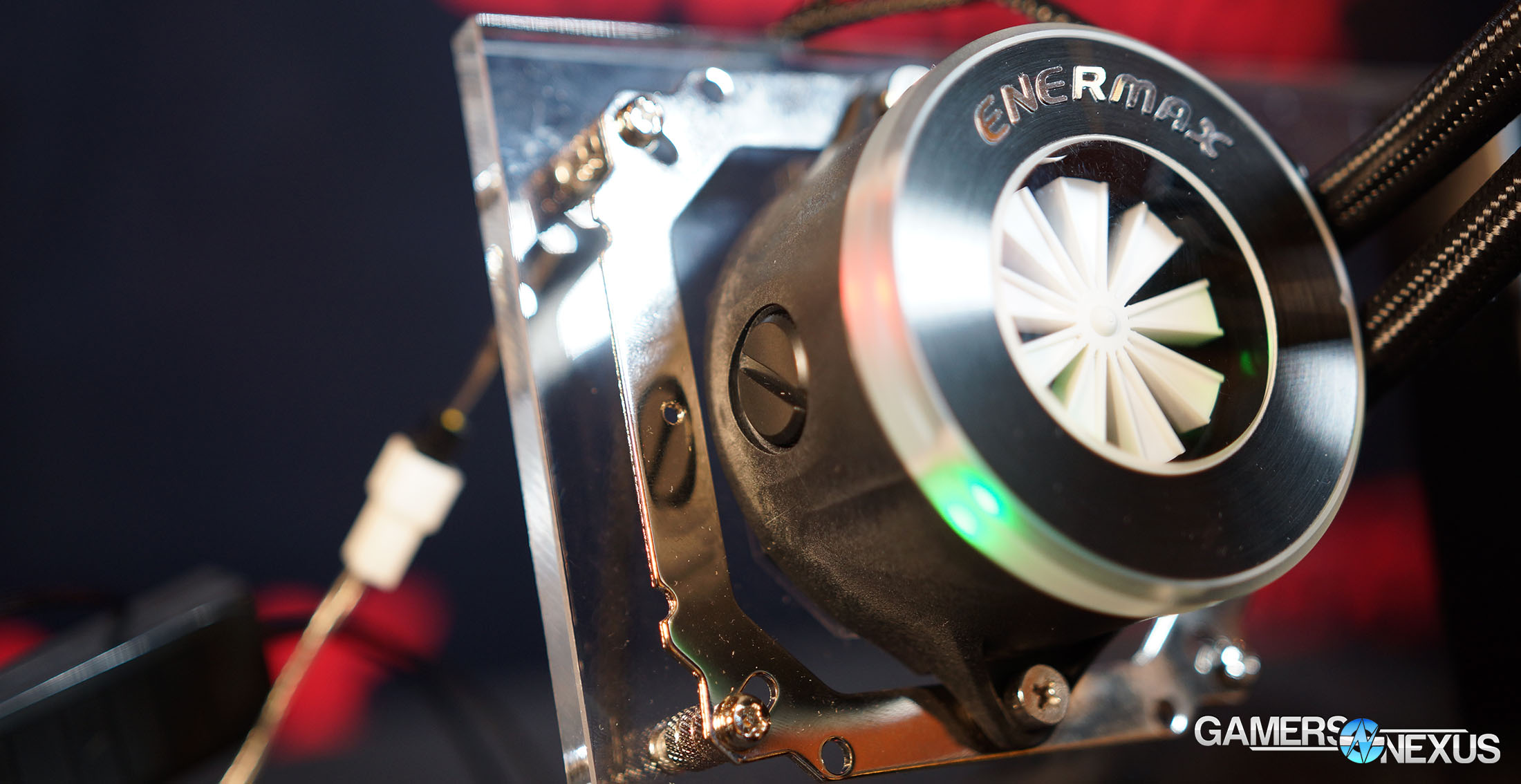 Enermax will also be shipping a “Fusion” closed-loop cooler, using a built-in flowrate meter for those paranoid about pump failure. The pump operates at 500-2000RPM and, uniquely, is located just off of the tubing line for the cooler. This unit should be around $120, and will include two 120mm TB RGB fans. The sizes will include 240mm and 360mm, with all aluminum radiators used.

We’ve got a video going up soon to demonstrate the rest.