That first point is listed for one reason – Cooler Master has secured the front panel with a clip, so the clip now requires a press to release the panel. The top panel is secured with a screw, so that’s not going anywhere, either. These changes fortify the enclosure so that it is easier (and safer) to pick up and move, and we think CM has done a good job on these changes – and that’s coming from the most critical reviewers of the original. We mean it. Job well done. The PSU shroud also no longer needs to be removed to install the PSU; instead, CM is using the 600C/S340-style PSU mounting bracket, with a larger rear PSU hole for installation. As for the mesh, the options include a mesh front with a filter and without a filter, but we think the option with the filter will be most common. 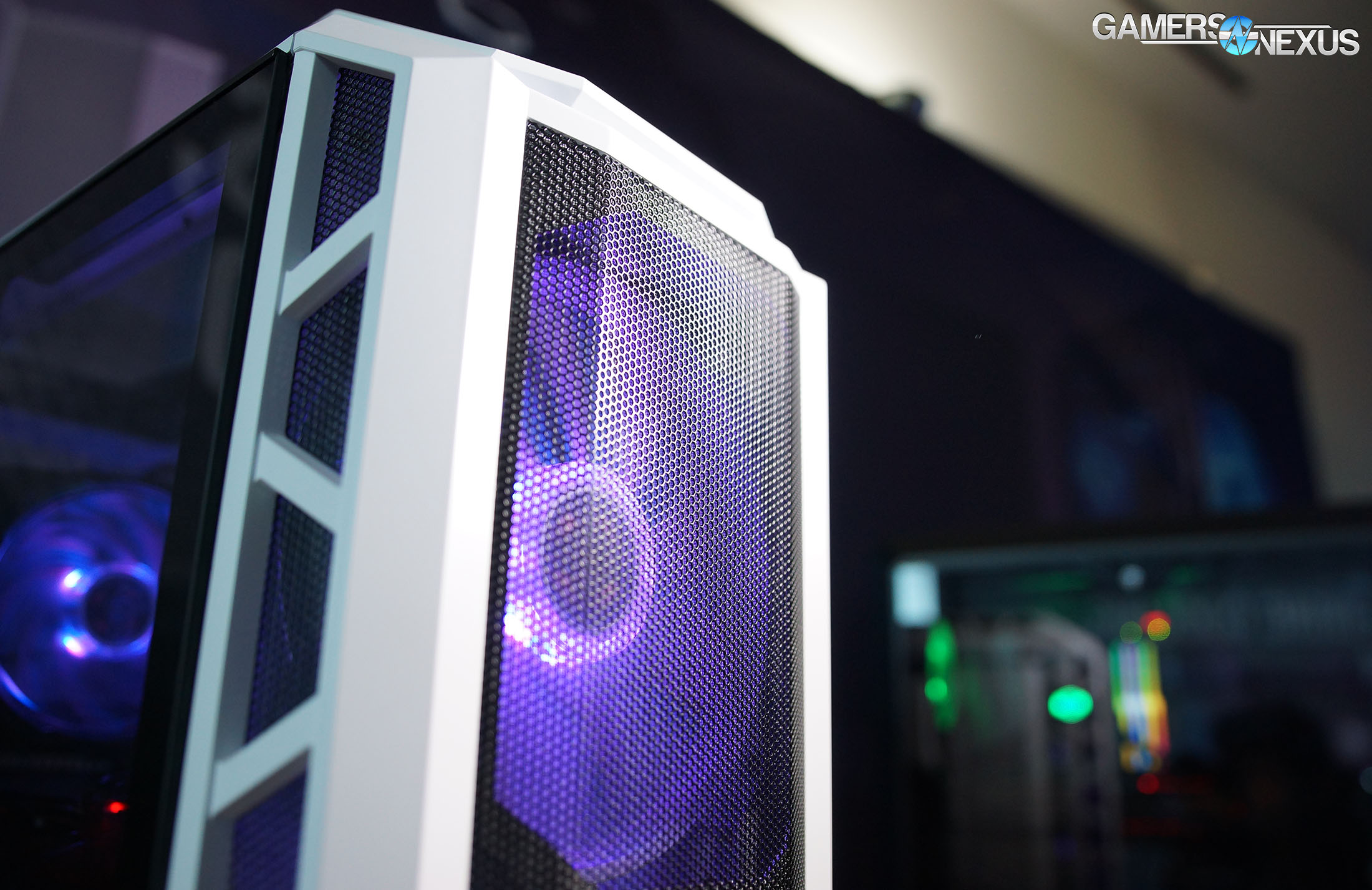 The case is also white, as a bit of flavor. Gunmetal versions will eventually ship. The plan is for CM to clear the channel of existing H500P units, then refresh the channel with units that have the top panel screw, front panel clip, and PSU mount. The only change we want that didn’t make it in is the flush tempered glass side panel, which did make it for the H500M. 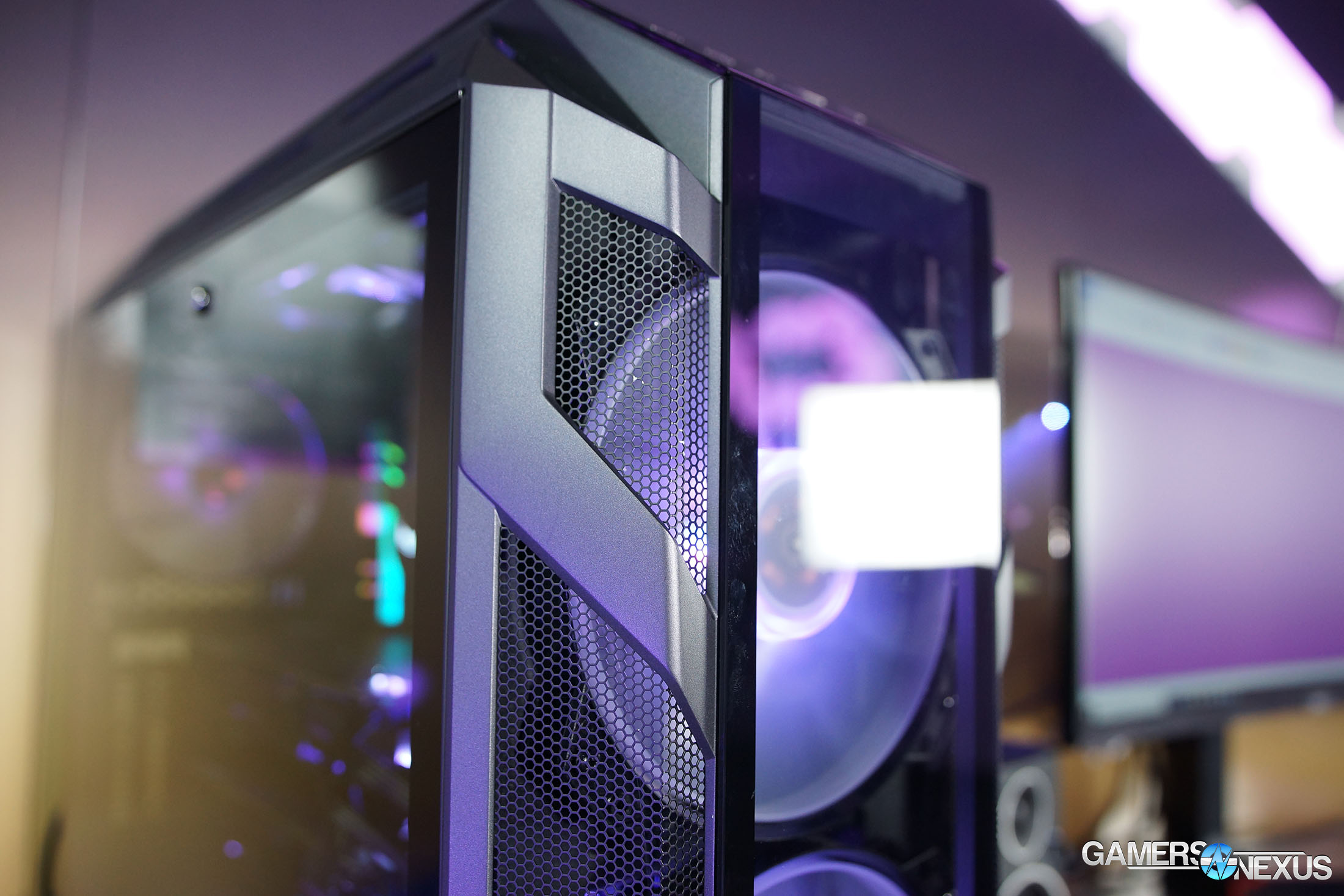 As a minor note, USB Type-C is also now supported.

The H500M, meanwhile, is a $200 enclosure with ARGB (addressable RGB) lights in the 200mm and 140mm fans, with three total included. The front is glass, but can be replaced for an included mesh front, if desired. The left glass panel is also flush with the case, which is a major visual improvement, and the top panel will eventually be secured with a screw, too. There’s a to-be-finalized PSU nameplate, but CM isn’t sure whether they’re going to use their logo or just a blank acrylic sheet.

From a media standpoint, we do think it’s odd that Cooler Master neglected to give us a heads-up on this, as we were ultimately the ones who raised the alarm. The coverage, being that it’s mostly positive re: the fixes, will mean more coming from us, so it’d make sense to bring us in early for content. Regardless, we heard from you all via Twitter, and managed to find our way out to the suite. Looks like Cooler Master is on the right track, and we’re looking forward to reviewing the upcoming cases – even if we have to source them through side channels. These are worth a spot on the bench, and CM deserve a shot at redemption. We think this could be it.