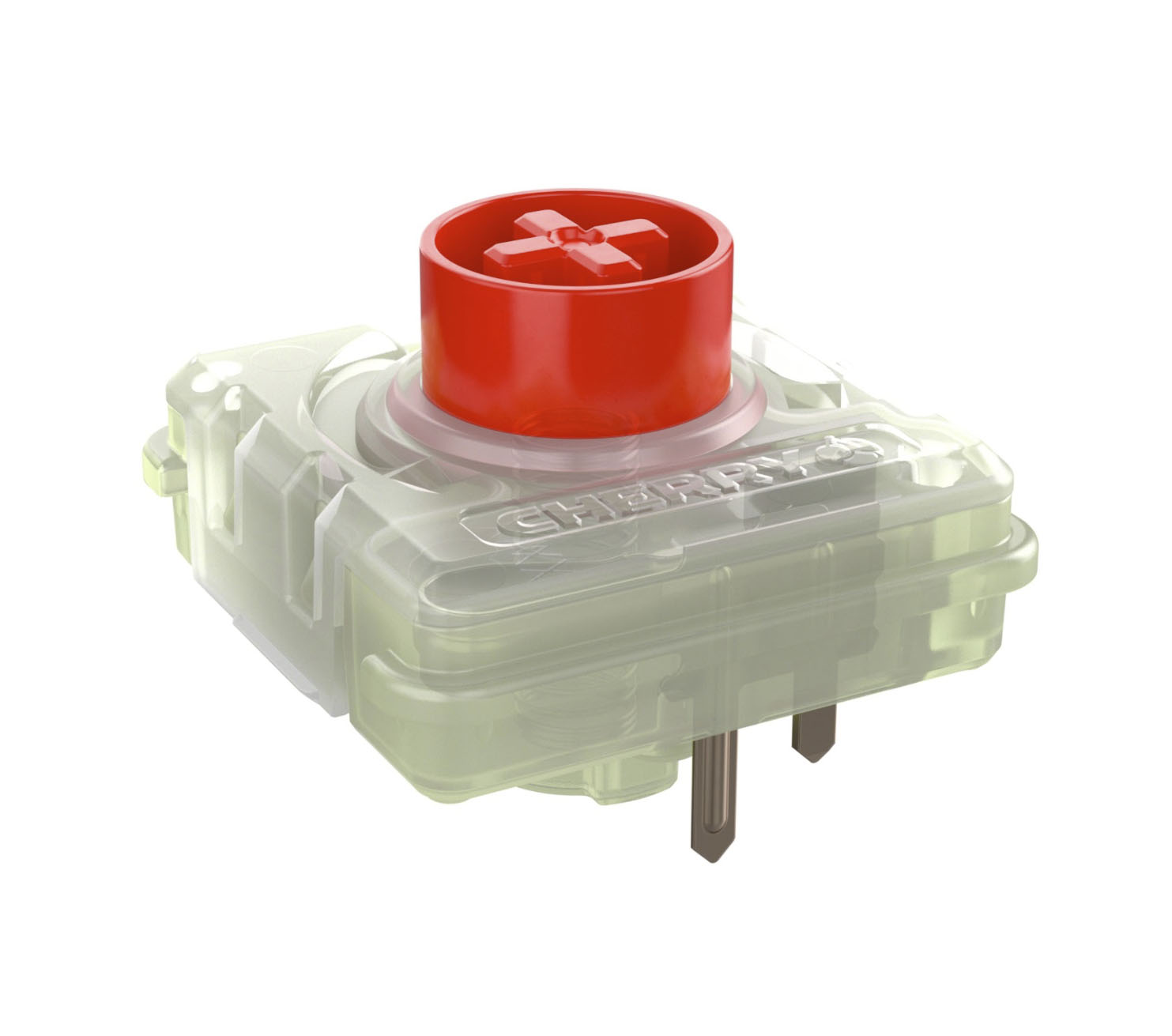 Moving from the specifications to the design, the housing for the CHERRY MX Low Profile RGB Red has some interesting new elements. Like its RGB predecessors, it is transparent and designed for use with LEDs; however, unlike the standard MX RGB switches, the LEDs for this design sit directly on the keyboard PCB instead of being embedded into the switch. As noted in the images, there are cutouts in the bottom of the switch housing to accommodate SMT components, like surface-mounted LEDs, to benefit shallow design keyboards. Another design element of note is the cut out, circular channel light guide. Its purpose is to ensure uniform illumination through the housing, and it takes the place of the commonly used LED light pipes. Finally, regarding the circular shape around the traditional cross stem, Cherry informed us that it was the only way they could achieve the reduced size and MX feel while still keeping the stem stable. Other designs they tried rocked left-to-right or top-to-bottom. 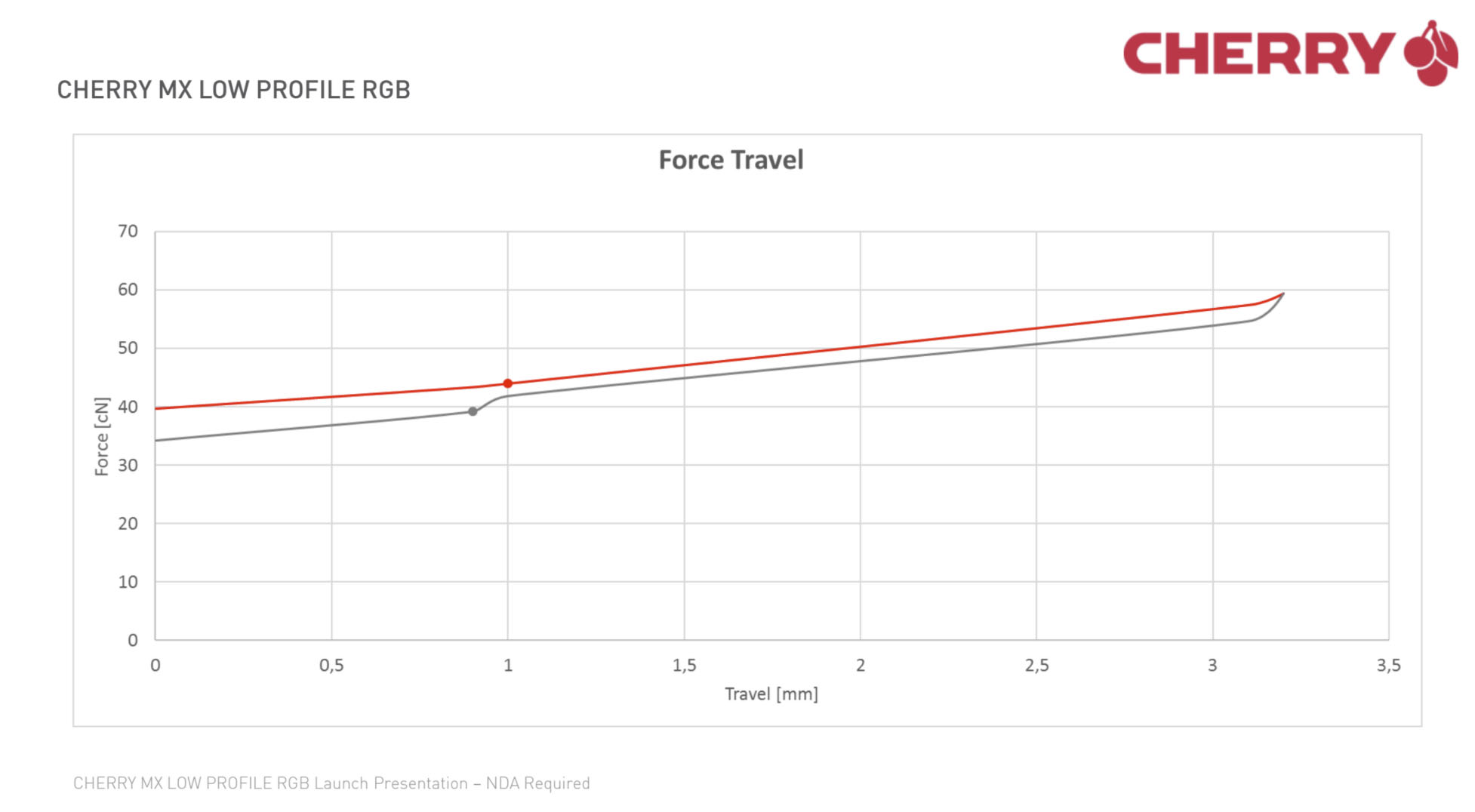 For fans of other switches (shout-out to the MX brown with dampening rings), the MX Low Profile RGB Red is only the first variant that Cherry is rolling out. Cherry already has plans to produce other Low Profile RGB models, but to be clear, these are not replacing the standard MX line. The Low Profile MX Red, and other variants that follow, will have very similar properties to their standard MX counterparts. In the case of the Red, both have a linear switching characteristic and an actuation force of 45 cN. For objective comparison, check out the Force-Travel graphs in the article to demonstrate just how closely the two ended up being despite where engineers thought they might need to be initially.

Cherry had their own version and a Ducky sample of low profile gaming keyboards at the show, and users can expect these keyboards to hit the PC gaming market in the second quarter of 2018. Oh yeah, for all the especially technical fans out there, the official model number will be MX1B-L2NA.