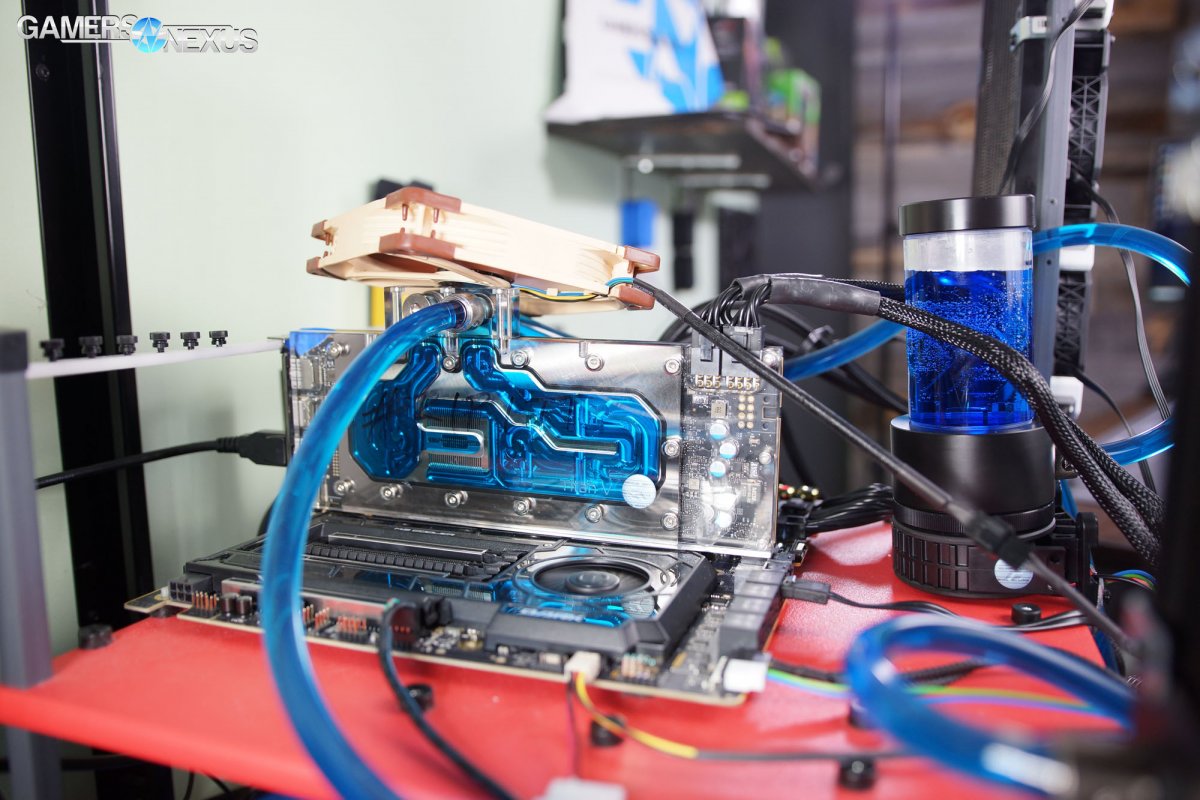 Here are a couple of screenshots of our scores -- before they're inevitably knocked-down by LN2 overclockers: 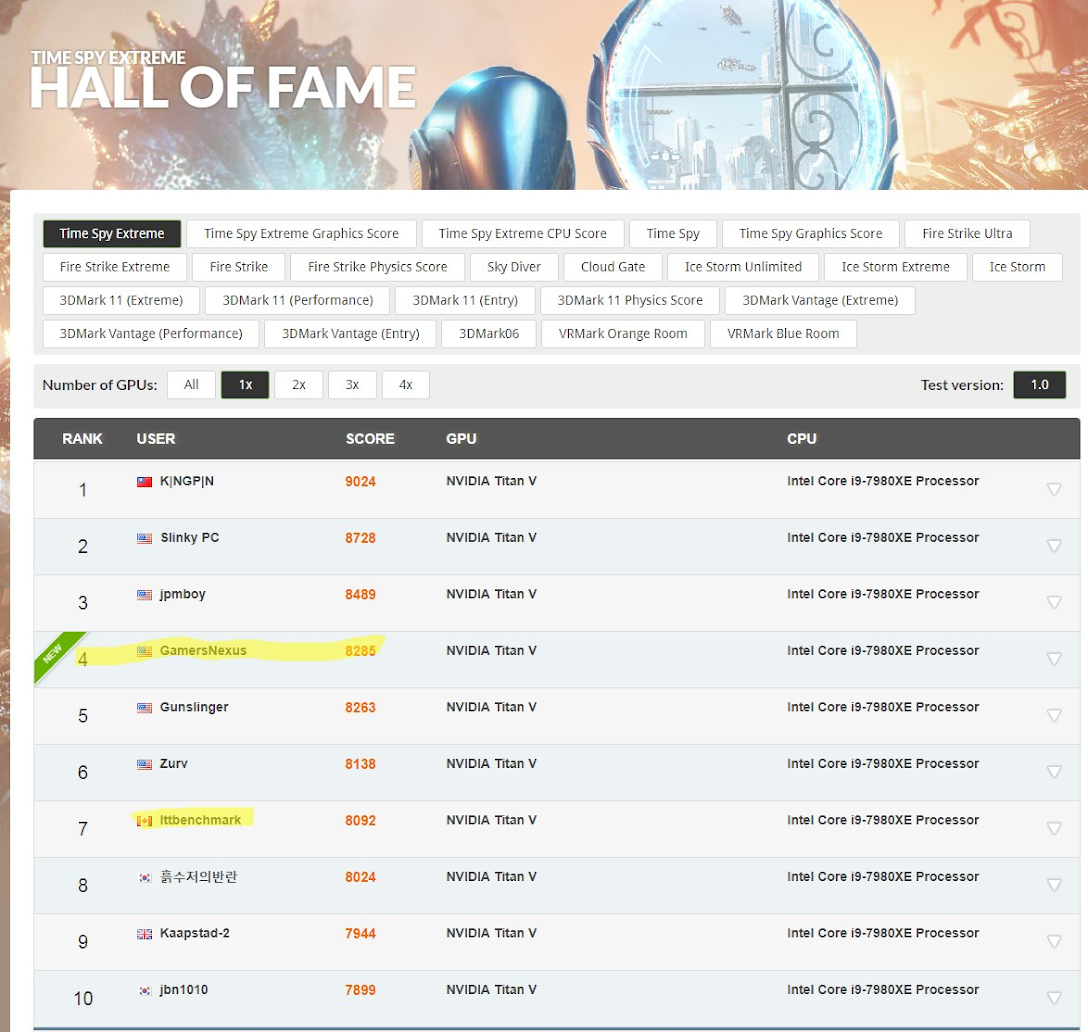 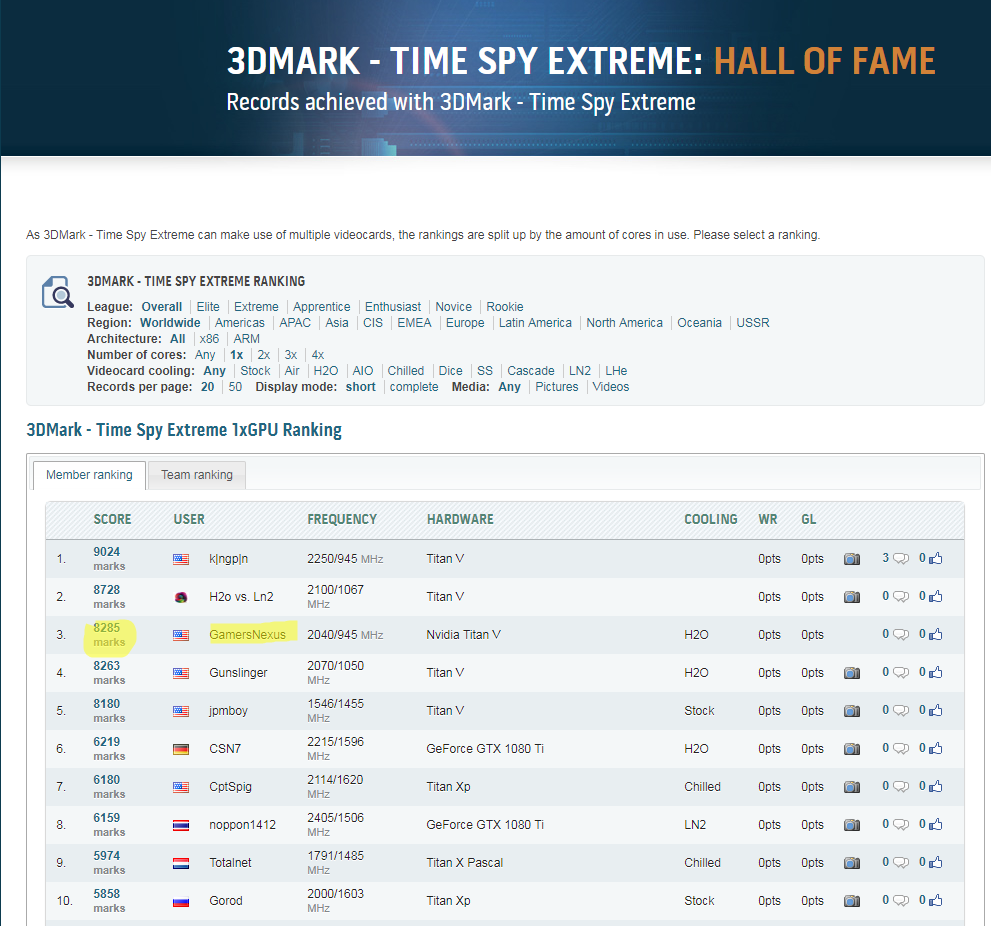 For RAM timings on the GSkill TridentZ 3600MHz kit, we ended up around here (conservatively configured -- we have room to improve):

For the GPU, our Titan V was shunt modded -- we shorted the shunt resistors to reduce modify resistance and improve our power availability to the core. At one point in testing, before the livestream, we tripped a breaker as a result of this tremendous overdraw from both the CPU and GPU. Our AX1600i was pushing about 1000W to the system, with the stream system, lights, camera, and other equipment pushing us past our 15A limit for the room. The Titan V ended up at +115MHz core and +115MHz HBM2 for TimeSpy Extreme, which behaves differently than some other tests. This was under an EKWB Titan V block.

Here's another photo of the Frankenstein's monster bench we built: 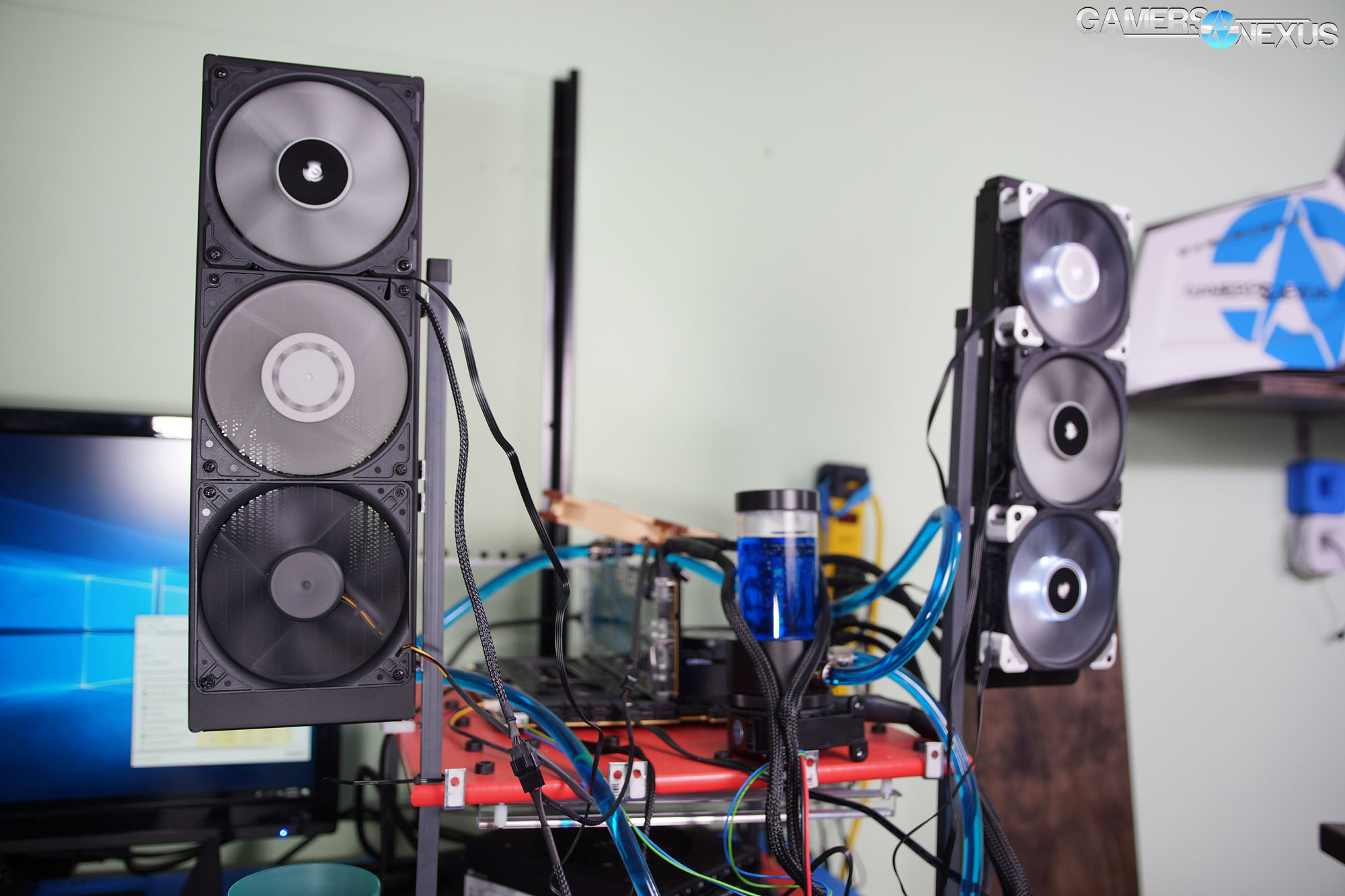 Here's a list of our equipment used, all linked to Amazon:

We greatly enjoyed this stream. If you want to catch the full video, watch all 2-3 hours here.

Our thanks to all who came to watch! This was tremendously successful, and we greatly look forward to doing this again. The viewers made this everything it was -- we had a fun, active, engaged audience who pitched-in ideas, mourned our initial low scores (one of which was 8091 points -- exactly 1 point under LTT's score), and slammed "F to pay respek" when we finally hit 8099 and onward.

Thank you all for watching. It's events like this that make us love our audience and jobs.