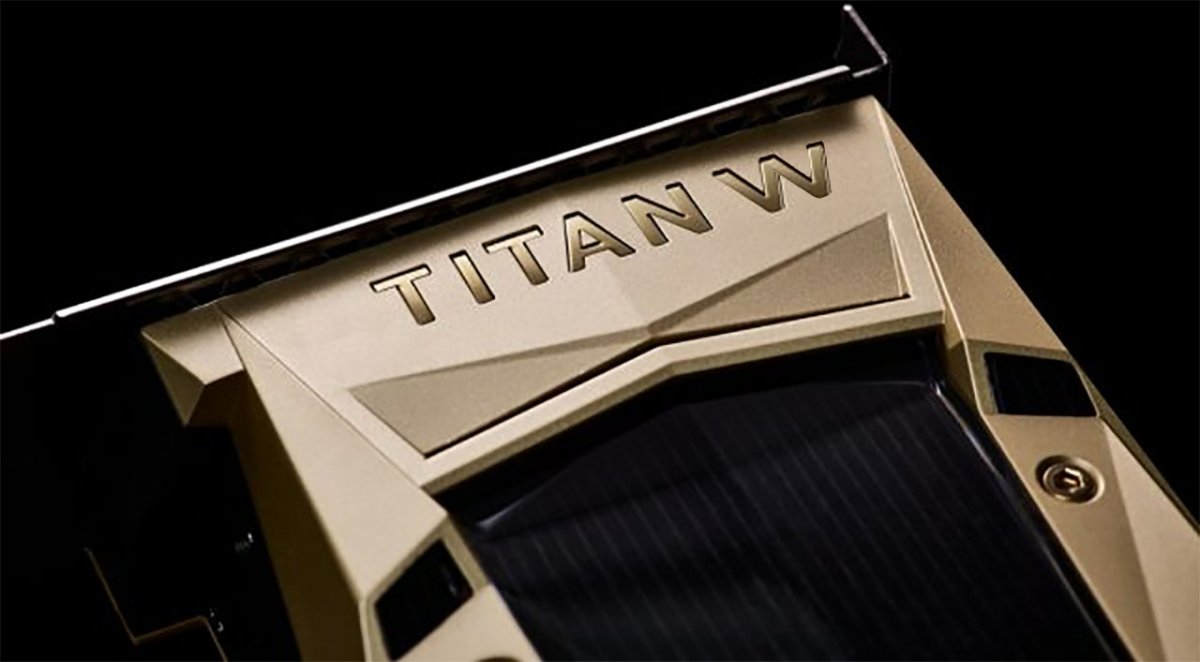 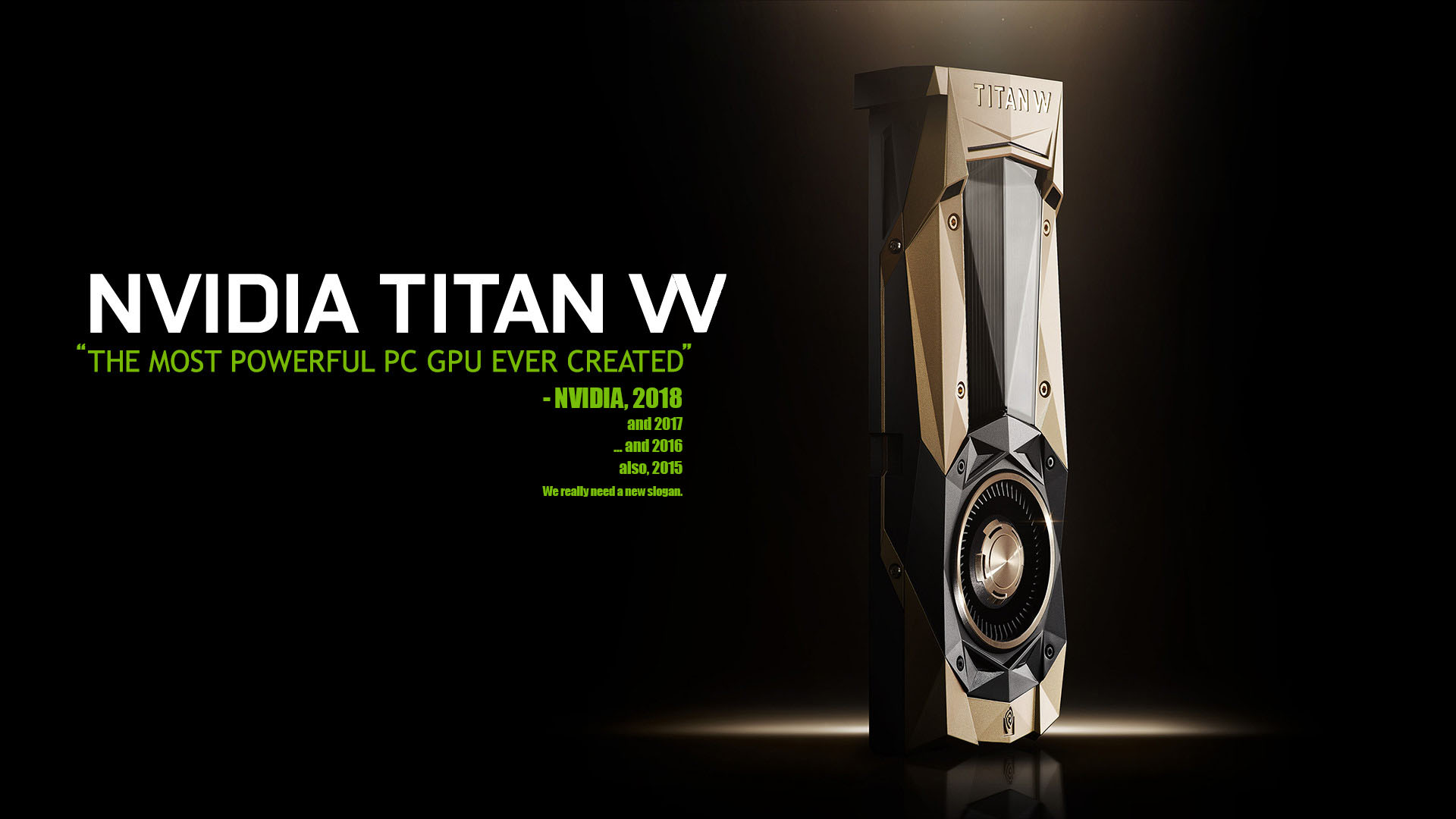 “We really just wanted to see how far miners will go,” Huang joked, miraculously sweat-less in his sacrosanct leather jacket, “remember: the more you buy, the more you save. We’ve already tested Titan Ws for cryptocurrency algorithm hashing, and have found that each Titan W generates as much as $8 per day. That’s a lot of savings,” Huang concluded to applause. “Truly incredible – this is the most powerful graphics card ever created: The Titan W!”

Huang then invited the Titan W’s Senior Power Architect to talk about a twenty-year effort to circumvent physics, whom the CEO immediately interrupted. “Isn’t it beautiful, ladies and gentlemen?” 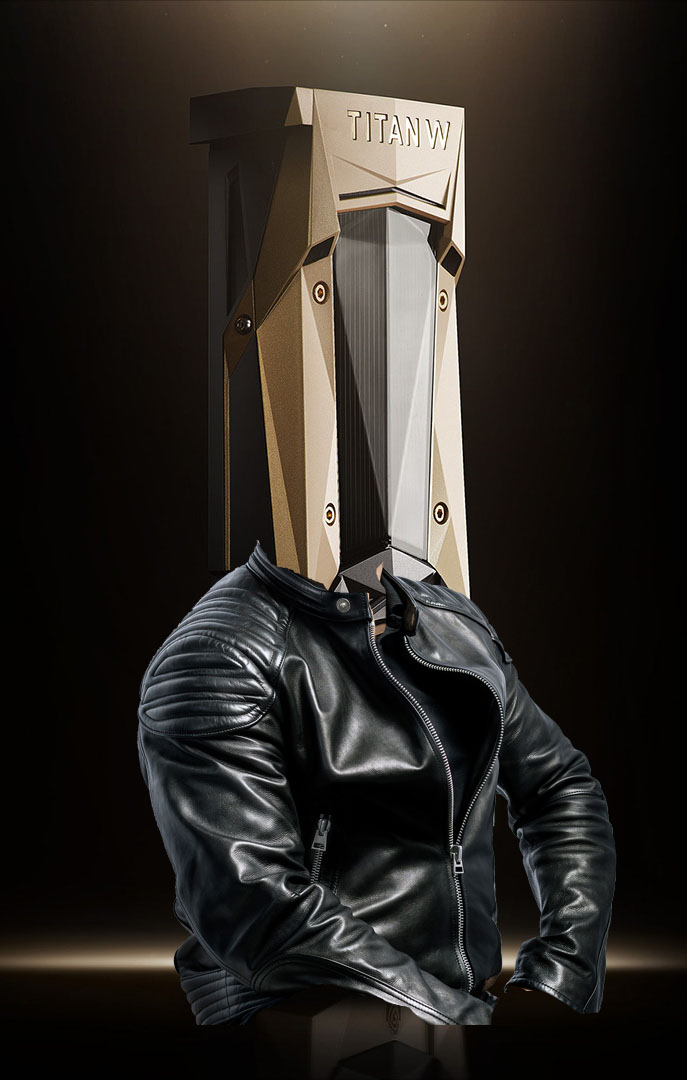 Although it lacks GeForce branding, the company simultaneously announced its upcoming “Weissman” gaming architecture, named after the famous data scientist Tsachy Weissman. Weissman’s work is best-known in Silicon Valley’s compression space, where a Weissman Score can be assigned pursuant to product performance with lossless data compression. At present, our understanding from off-record sources is that the Weissman architecture will focus on significant reductions in memory requirements, pushing delta color compression to 128:1.

“Don’t tell anyone I told you this,” our anonymous and off-record contact, Jacob Freeman of EVGA told us, “but the Weissman GPUs will be focused on significant reductions in memory requirements. Also, EVGA’s new cooler will leverage an ongoing meme about hotdogs to improve sales volume and cooling capabilities. We are filling our copper heatpipes with phase-change ketchup.”