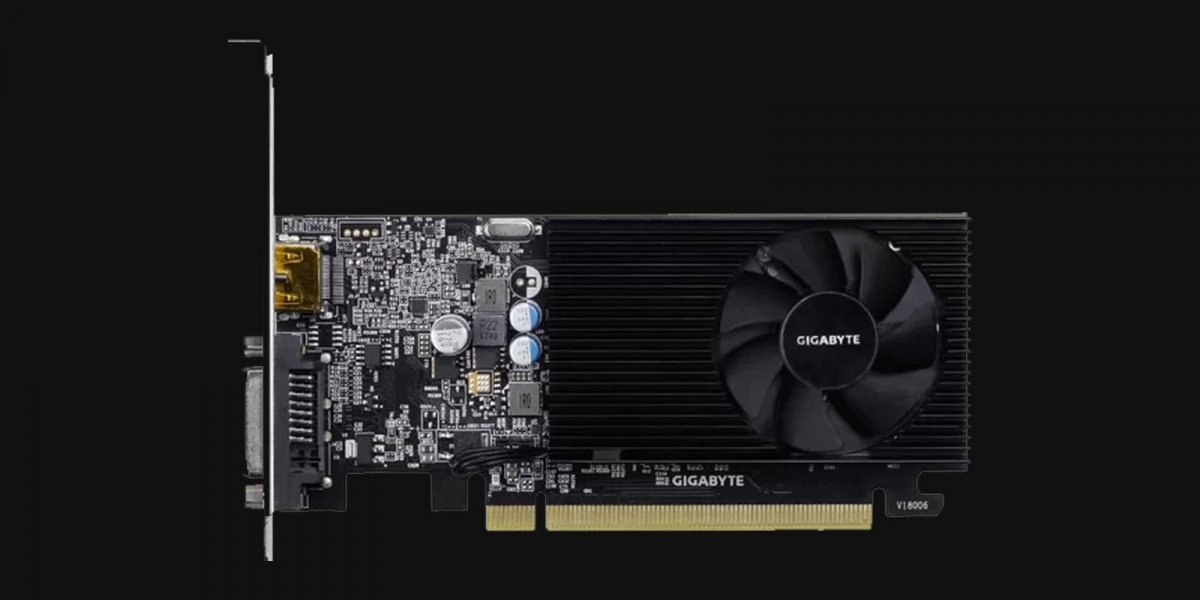 We’ve railed against both AMD and NVIDIA in the past for doing this, and it seems those words have fallen on deaf ears. NVidia is now making a GT 1030 with DDR4 memory, which we’ll talk about in a moment. As a brief recap of history, most recently, AMD released revisions of the RX 560 cards that were actually RX 460s, including lower Compute Unit count and measurably, noticeably lower performance. Before that, NVIDIA released its GTX 1060 3GB, which we said should have been called a GTX 1050 Ti -- before the 1050 Ti launched -- because it had 1 fewer streaming multiprocessor than the actual GTX 1060, and the 3GB naming was misleading to the actual card specs. It sounded like only a VRAM change, but was actually much more. In fact, here’s our quote from that review:

“It's just not a GTX 1060 – it's a different product. NVidia's choice to name the card as such will confuse buyers into thinking it's just a 1060 with half the VRAM, which is plainly false. This is a GTX 1050 Ti, and nVidia decided not to call it that. It's a marketing play. That doesn't necessarily mean it's a bad thing – all these companies make marketing plays (see: 4GB RX 480 for “$200 VR” ads) – but this isn't one that we can brush aside as harmless, because users will inevitably make the incorrect assumption that the only difference is VRAM.”

The new GT 1030 will ship with DDR4 memory instead of GDDR5. It’s still BGA modules soldered to the board, of course, but it’s significantly slower than GDDR5. The new GT 1030 also has lower clocks, with 1151MHz as the new base, and 1379MHz to 1430MHz as the new boost. Previously, these clocks were 1227MHz base and 1468 to 1518MHz boost. That’s a massive difference. You could argue that the memory might not matter as much, seeing as the GT 1030 is so slow anyway, but those clock speeds will create an impact. And even if it “might not” matter, it’s irrelevant -- this is still a completely different product. It needs a completely different name.

This is complete, utter bullshit, and will confuse users into buying something worse than what our benchmarks show. This is exactly the same kind of bullshit that AMD pulled with the RX 560 that had a lower CU count, and when nVidia shipped the GTX 1060 3GB. That’s not just bad for consumers, that’s bad for reviewers like us. People see our benchmarks and expect one thing, they’ll buy these GT 1030s and see something different.

Just to be clear here, even if the differences are small, it’s completely, utterly irrelevant to the point, which is that a different product gets a different name. Separately, we haven’t gotten one in to benchmark yet, so it may not prove to be a small difference. A 100MHz clock swing is measurable.

NVIDIA claims that GPP is to clarify the marketing around their products, and yet they’re shipping GTX 1060s with 10% fewer cores and GT 1030s with a completely different memory subsystem. Even if we ignore all the rest of GPP and take it at face-value of what nVidia says, they are contradicting themselves.

Earlier this week, AMD accidentally posted a new Radeon RX 500X category on their official website before its prompt removal. The RX 500X series is rumored to be a refresh on the RX 500 line, which was a refresh on the RX 400 Polaris line. As a refresher of history, the RX 580 series launch was done without any AMD reference cards and was a partner-only launch. The 500 series launched at the same MSRP -- back when that was real pricing -- as the RX 400 series. This resulted in reasonable value, because the 500 series was effectively a pre-overclocked 400 series with higher voltage limits for user overclocking, resulting in an overall faster chip.

The RX 500X is looking to shape-up similarly: Expect a pre-overclocked RX 580 and similar GPUs, with likely the same quantity and type of memory. It’s possible that memory speeds increase, as 9Gbps memory is available in GDDR5 these days, but we don’t have reason to specifically expect that. TweakTown’s Anthony Garreffa has indicated that sources told him to expect a 5-6% uplift, which is consistent with what we would expect from a pre-overclocked card being further pre-overclocked. Power consumption will almost certainly be higher, as you’d expect.

Micron has broke ground on an expansion of their Singapore campus, with the intent of mass production of 3D-NAND. Known as phase 3--because the campus has already been expanded twice--construction is scheduled to be completed by Q2 2019, with wafers coming off the lines in Q4 2019.  Volume/mass production is on tap for 2020.

Landing on Kickstarter recently is the Ncore V1, a unique waterblock for delidded LGA 1151 socket CPUs. Interestingly, the Ncore V1 eschews the IHS and drops in on top of the die--without a frame. In the past, a frame has been required to mitigate the risk of cracking the die under the stress of mounting pressure in the absence of an IHS. For non-believers, there is a version of the Ncore V1 that comes with a floating frame, offering a more traditional mounting experience. Additionally, the Ncore V1 is also available with a delidding tool, compatible with LGA 1151 socket based chips. The Ncore V1 also touts adjustable water flow, with water flowing up to 20x closer to the CPU package. Check out the Kickstarter page for videos, pictures, and more details.

A recent report from Bloomberg suggests that Apple intends to unload Intel as their CPU provider for Mac computers, suggesting they will be going with inhouse designs by 2020. Apple sought a partnership with Intel back in 2006; however, Apple has been making moves to shed outside providers in what is ostensibly an ambition to control every aspect of their devices. Apple dumped both Qualcomm and Imagination Technologies to design and implement their own silicon for iPhones. Perhaps it was only a matter of time before Apple wanted custom solutions for all their products. According to Bloomberg, Apple represents roughly 5% of Intel’s annual revenue, and Intel’s stock prices fell 9.2% once the report broke.