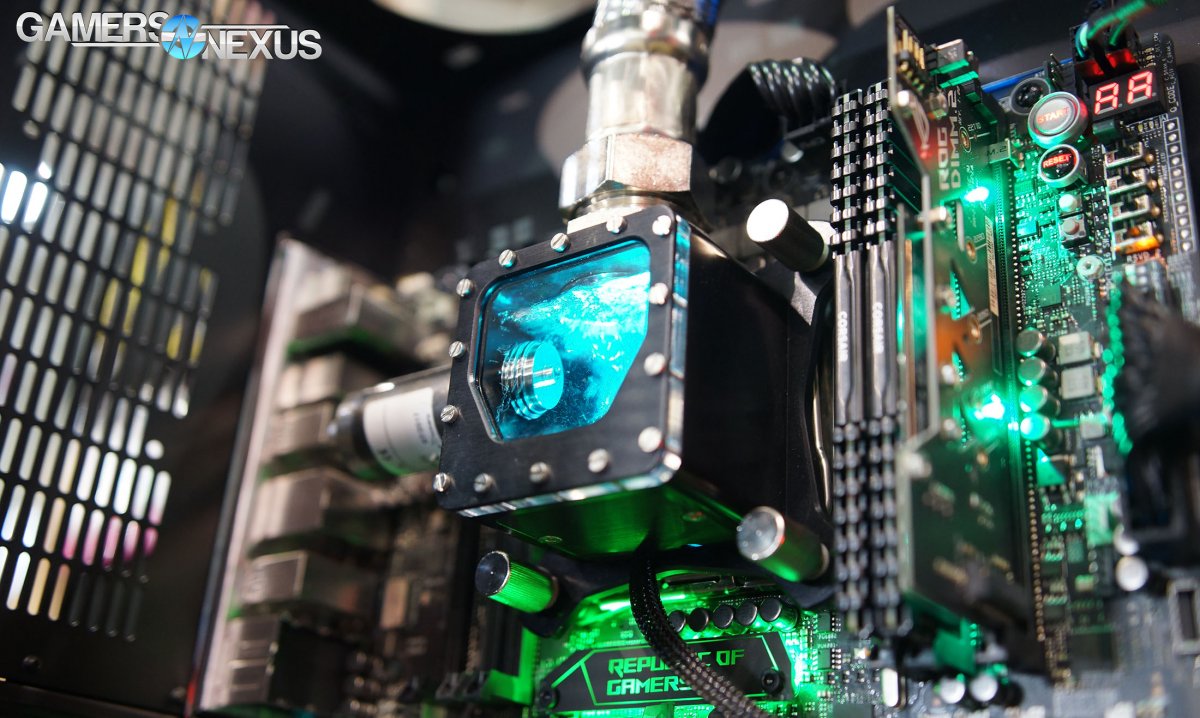 All of these parts are functionally prototypes right now, but Der8auer anticipates shrinking tube size down to a 14mm hydraulic, black hose shortly, and also hopes to reduce the total size of the tank+condenser combination to ~60mm or shorter. The 90mm fans will be replaced with 120mm fans, but high-end fans aren’t necessary – the liquid and phase-change process removes most of the heat from the socket, the fans are just there to help with the condensation process. 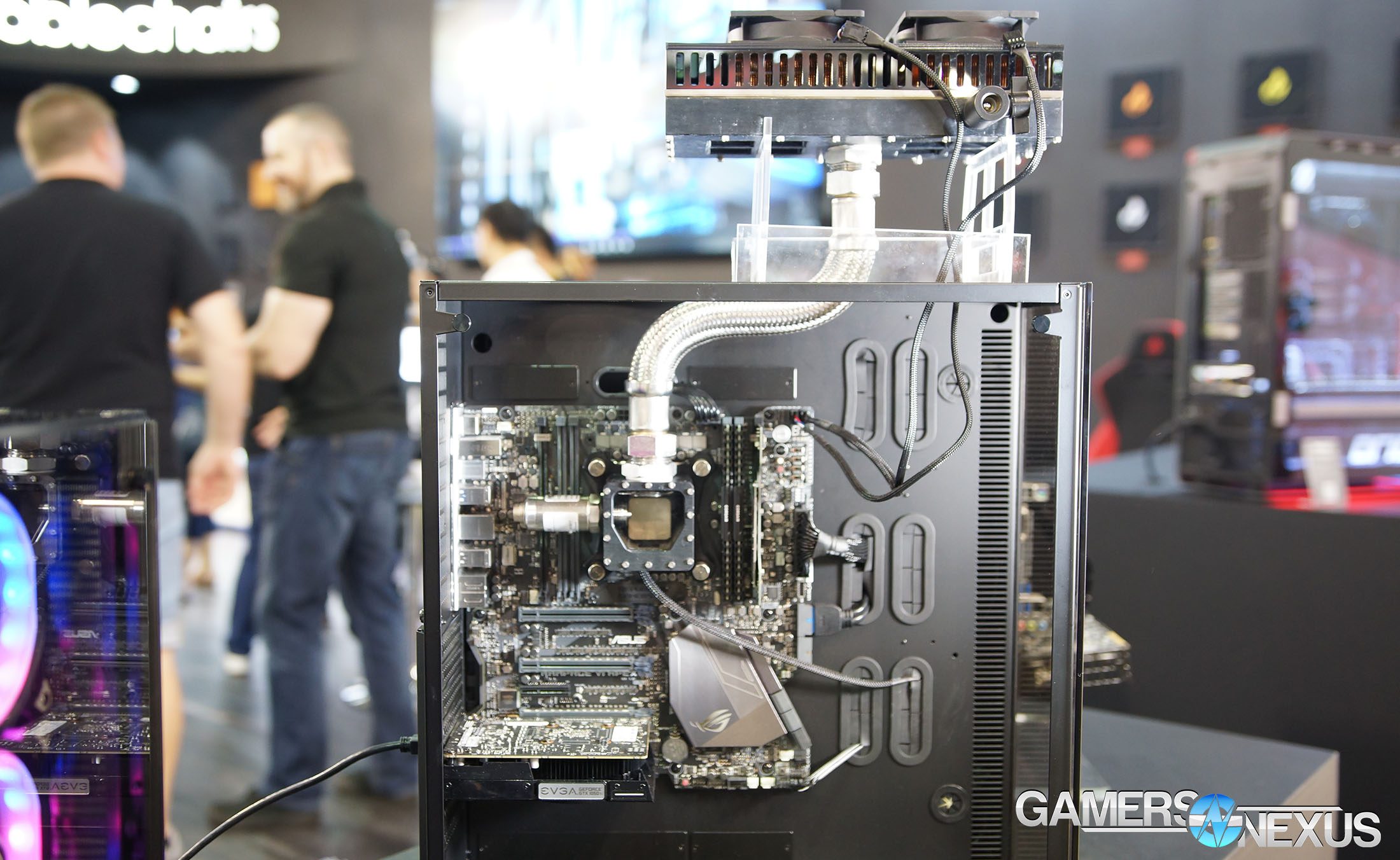 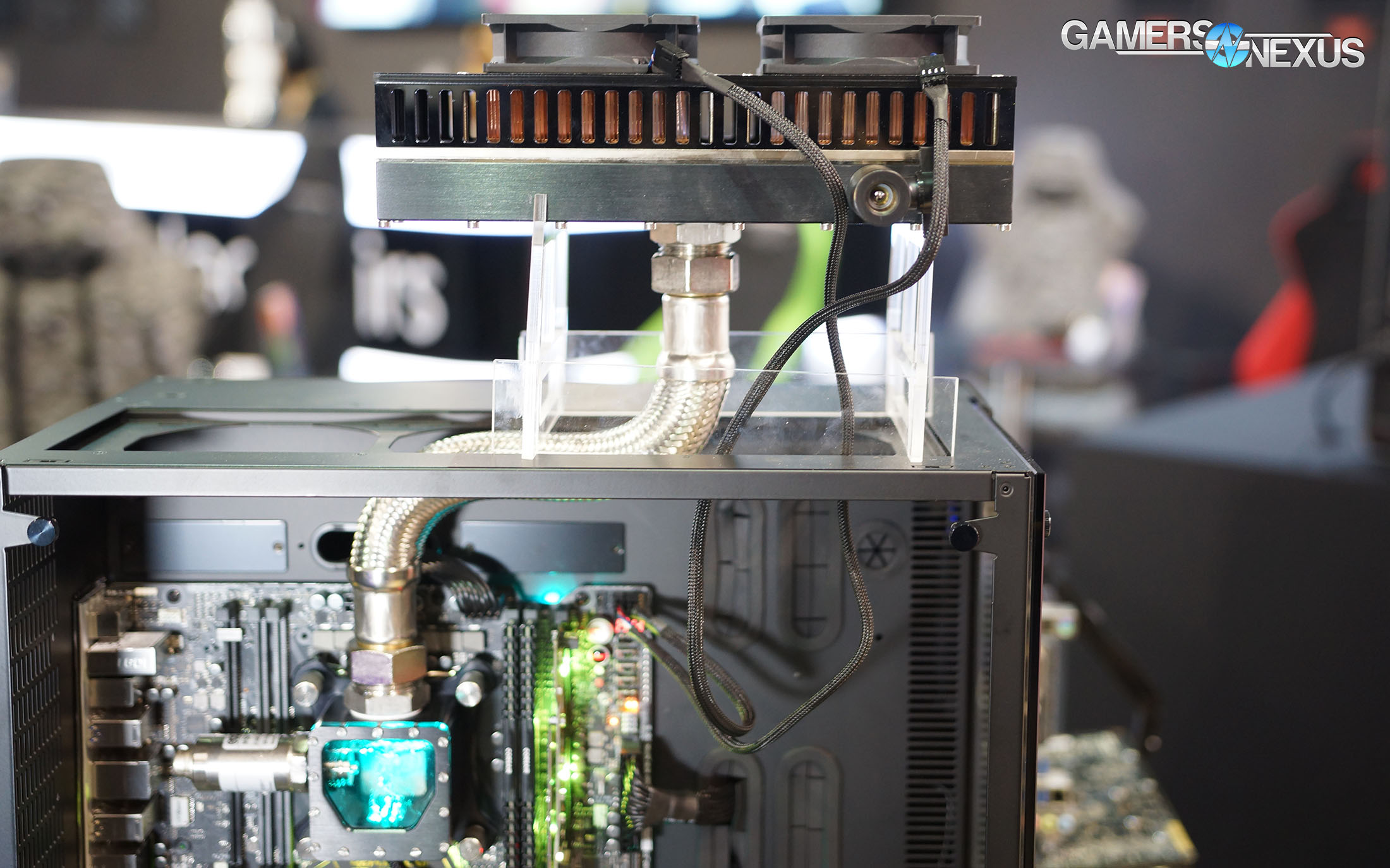 Also of limited tenure, a pressure sensor is on the model shown at the booth and juts across two DIMM slots, but will be removed later. It is a debugging feature, at present. A valve is also on the tank and is used for controlling pressure, but will be removed later. Pressure and boiling point are directly correlated with this coolant – as one goes up, the other goes up.

Der8auer hopes to sell this as an actual product at some point, and notes competitive performance with other 240mm CLCs, but with removal of the pump. Removing the pump eliminates pump whine, obviously, and also eliminates pump failure. This reduces RMA concerns to mostly fans, and those almost never fail. 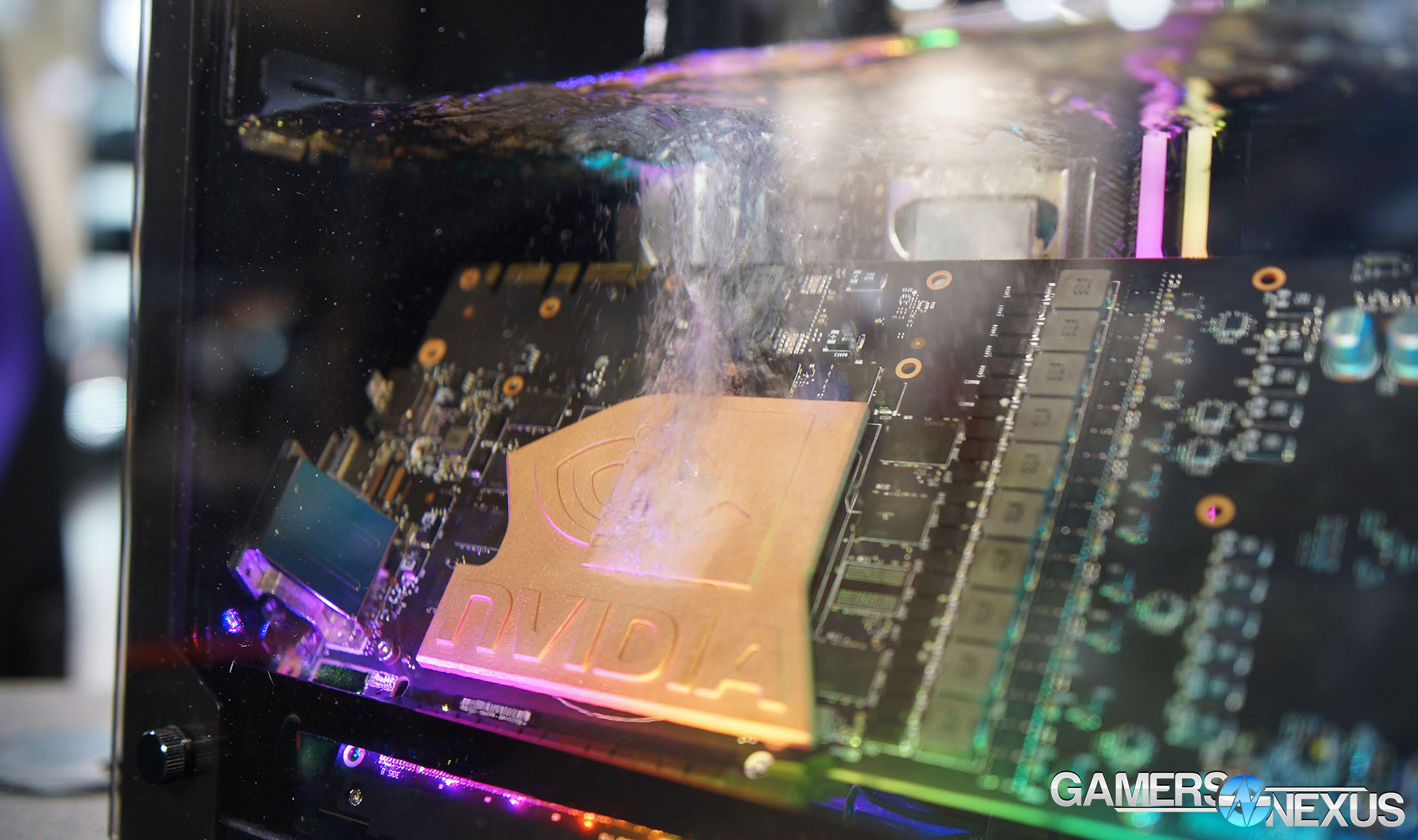 Caseking and Der8auer also had a Novec exhibition system on display, using a completely sealed and pressurized tank with 3M Novec 7100 coolant. This particular model of coolant has a boiling point of 61C, whereas Novec 7000 has a boiling point of 34C. As a result, it isn’t the best for performance (although does fine), but is easier to use for a show system. Cost is a major factor. The system uses a copper block atop the GPU, which is intentionally roughed-up for increased surface area and cooling potential. The block is about 4mm, aiding in heatsinking capabilities. As liquid boils, it enters the top chamber, hits a condenser, and returns as liquid. An EK loop is used to cool the condenser actively.

Learn more in the video above.