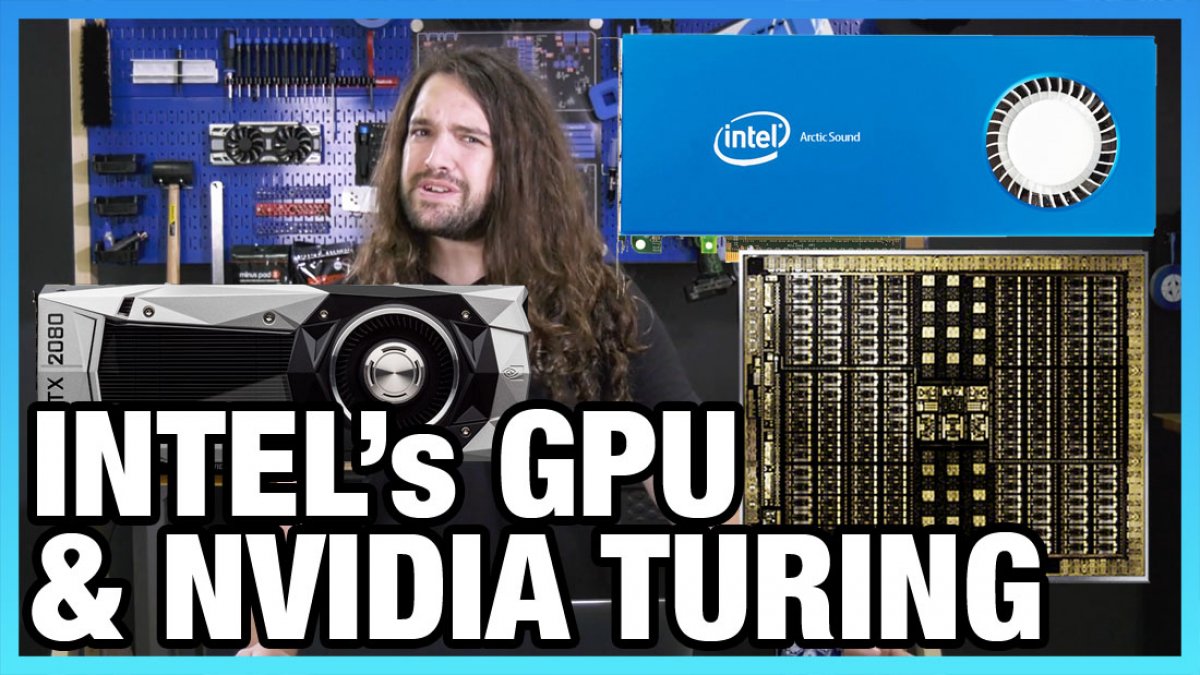 At Siggraph 2018, NVIDIA announced the new Turing GPU architecture and debuted new Quadro RTX cards. The Turing architecture highlights a number of new features such as hybrid rendering, real-time ray tracing, RT and Tensor cores, the latter of which can also be used for ray-tracing. NVidia is pulling-over FP16 support from the Volta architecture, but is also enabled INT4 and INT8. This will be more useful for non-gaming applications than gaming applications, in most instances, and has more to do with how data is stored. The streaming multiprocessors have also been reworked architecturally, but we do not presently have full details on SM changes. Note that in previous machine learning or server cards, like the GP100, the SM layout was already different from the GTX cards.

Part of NVIDIA’s focus is to speed-up BVH processing. Many 3D manipulation programs, Blender included, use bounding volume hierarchies (or BVH) for object storage. The new Turing GPUs aim to include specific hardware to accelerate BVH accesses. NVidia is targeting a 25x increase in ray-trace casting over Pascal, for reference.

Turing will be a successor to Volta, which we previously detailed as being capable of leveraging Tensor cores for ray-tracing, despite an original appearance of uselessness outside of machine learning and deep learning. In our Titan V testing, we discovered significant improvement in asynchronous compute performance, and confirmed that this would remain a focus for Turing. Lower level API performance should be improved in Turing over Pascal.

Alongside this announcement, NVIDIA rolled out their first Turing based GPUs, the workstation class Quadro RTX series. Not only do the new cards highlight the new Turing architecture, but feature the new RTX branding, which alludes to NVIDIA’s focus on real-time ray tracing. The biggest take away for the new cards is hardware accelerated ray tracing, and the first cards to come equipped with the new GDDR6 memory. Initially, there will be three SKUs available: the flagship Quadro RTX 8000, Quadro RTX 6000, and the Quadro RTX 5000.

In what is certainly sad news to the enthusiast PC community, premium case maker CaseLabs announced they will be shutting their doors, citing tariffs and financial woes. Furthermore, CaseLabs will not be able to fulfill all current orders, but have vowed to ship as many as possible.

CaseLabs president cited tariffs as a major contributor, as well as the default of a large account severely compounding the problem. According to their statement, prices on materials rose by almost 80%, and there was potentially a deal on the table to keep the company in business. So far as we know, CaseLabs is moving forward with liquidation.

Rumors have been swirling for a while that NVIDIA's new GPUs could eschew the longstanding GTX branding, in favor of a new RTX brand. After Siggraph 2018, this ceased to be a rumor, as NVIDIA unveiled new production cards with new RTX branding, signifying their ray-tracing focus. As it turns out, NVIDIA could--and at this point, likely is--planning a similar branding refresh for their looming GeForce cards.

Over at the US Patent and Tradmark Office, NVIDIA has filed trademarks for “Turing”, “Qaudro RTX”, and “GeForce RTX”. As of now, two of those (Turing and Quadro RTX) have been unveiled; we can reasonably assume that GeForce RTX will make its way onto gaming cards.

After announcing Turing and the new Turing based Quadro cards, NVIDIA teased the new GeForce lineup with a short video. Subsequently, redditors over at r/nvidia dissected the video and found some easter eggs alluding to what appears to be a GeForce RTX 2080 announcement.

Intel has been working on a new HEDT platform in response to AMD’s Threadripper 2, and rumors suggest it could coincide with a new X599 chipset. While details are scarce, information indicates the chipset will use the LGA 3647 socket, offer hexa channel memory support, 12 DIMM sockets, and feature chips based on Skylake-X silicon.

In a move that seemed out of the Chris Hook and Raja Koduri playbook, Intel followed-suit on nVidia’s announcement to note that they too would have GPUs some day. Intel is pushing for a 2020 launch on its GPUs, but we’re not yet clear on whether those will be consumer-focused or for professional users. Intel pushes that its IGPs will be “set free” in the upcoming GPUs. Not really the best marketing schtick. Either way, some blue smoke and a shrouded graphics card - likely old Larabee stock - teased a future for Intel in graphics.