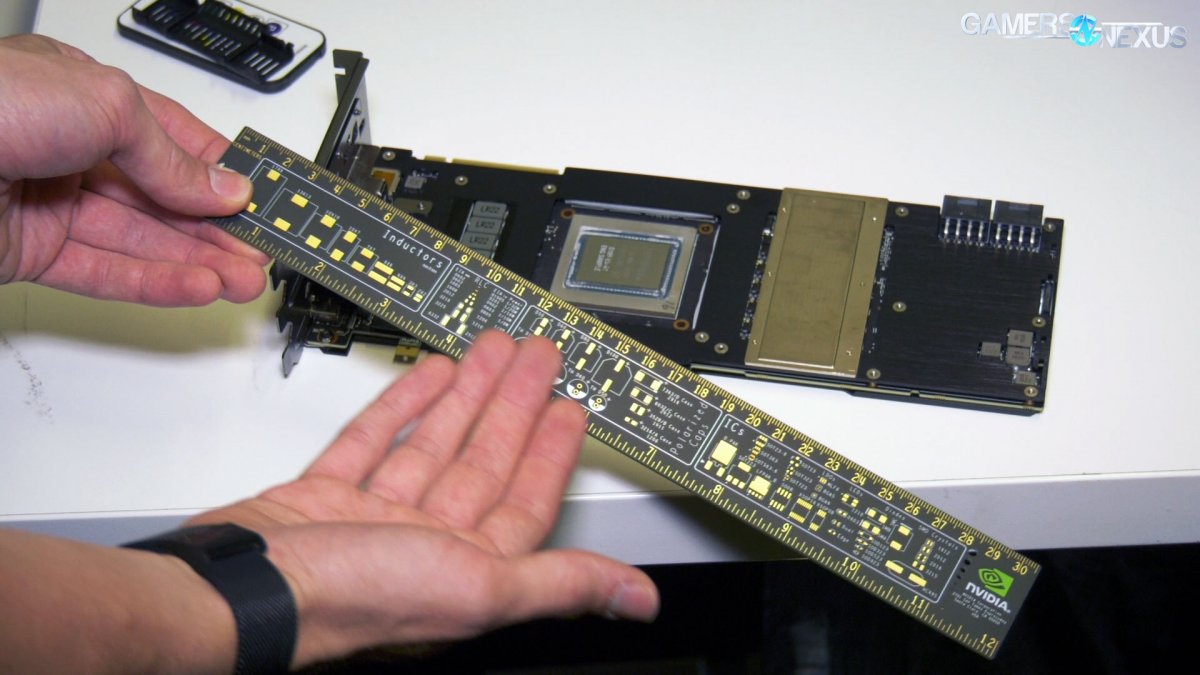 Measuring the RTX 2080 Ti GPU, we found the die to be 775mm^2, or 31mm x 25mm in size. That matches most of the previous leaks, and makes the GPU significantly larger than the GTX 1080 Ti GPUs made previously. The larger die size should assist with thermal dissipation, but is also necessary to fit all of the FPUs and other features on the new RTX 2080 series graphics cards. EVGA’s 2080 Ti on display is the XC2 Ultra (the ‘2’ signifying ‘ICX2’), which is the first 2.75-slot cooler that we’re aware of. The XC2 Ultra will be discussed more heavily in our EVGA coverage, filmed and written separately. 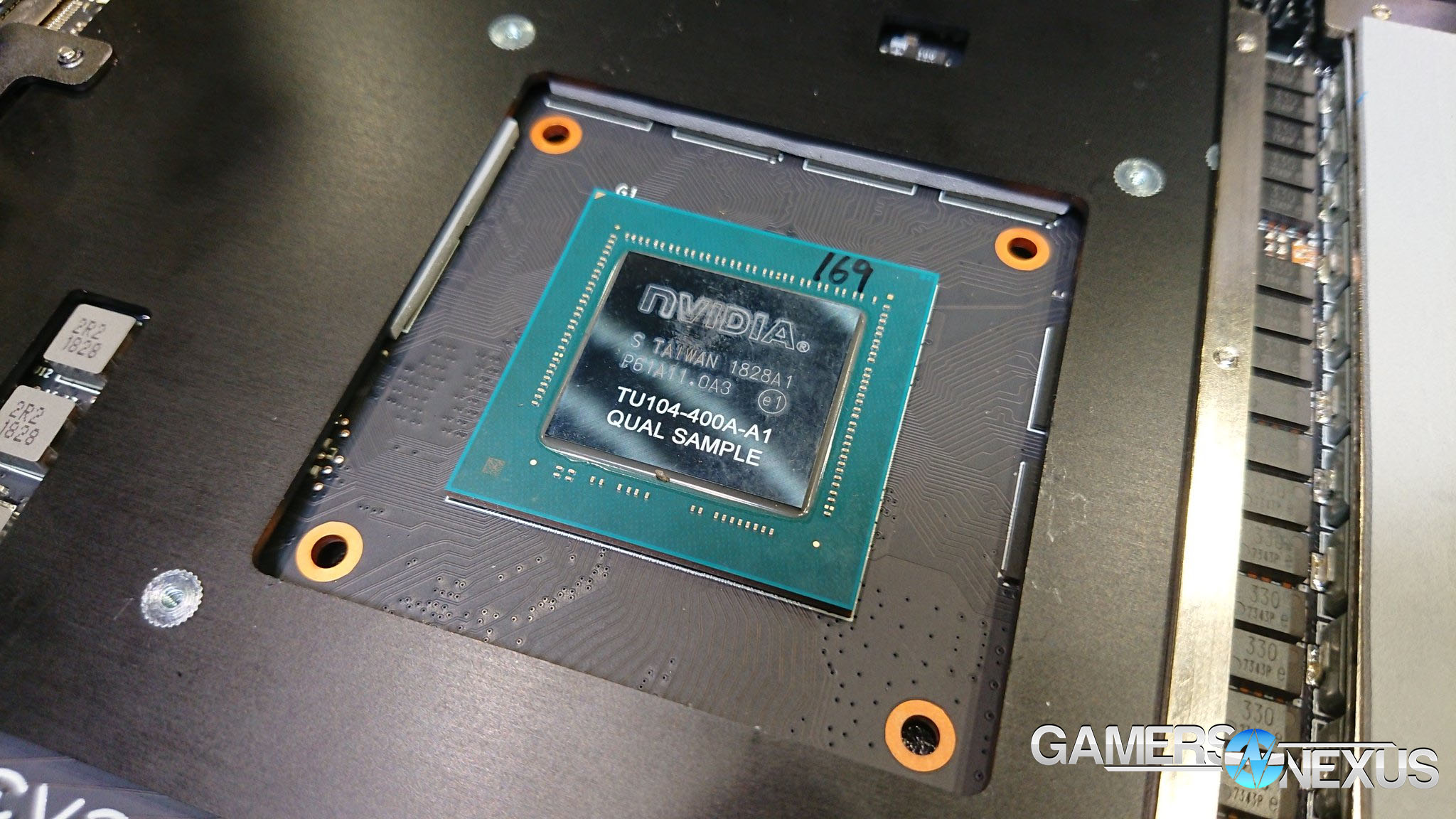 We were the first to disassemble an RTX 2080 as well, revealing the TU-104-400A-A1 GPU underneath, mounted without a metal support plate top-side. The RTX 2080 GPU Ti has the metal support plate, and is soldered straight to the PCB via the usual BGA. We think the RTX 2080 may eventually have the plate, but can't be sure at this time. They're all pre-production samples. The TU-104-400A-A1 GPU is a Turing quality sample, while the RTX 2080 Ti was an engineer sample, and was unlabeled (TU102, most likely).

We’re still working on the rest of the coverage, including more specific EVGA VRM information. Stay tuned for that. This was just a quick update while we edit, render, and upload the first two tear-down videos.