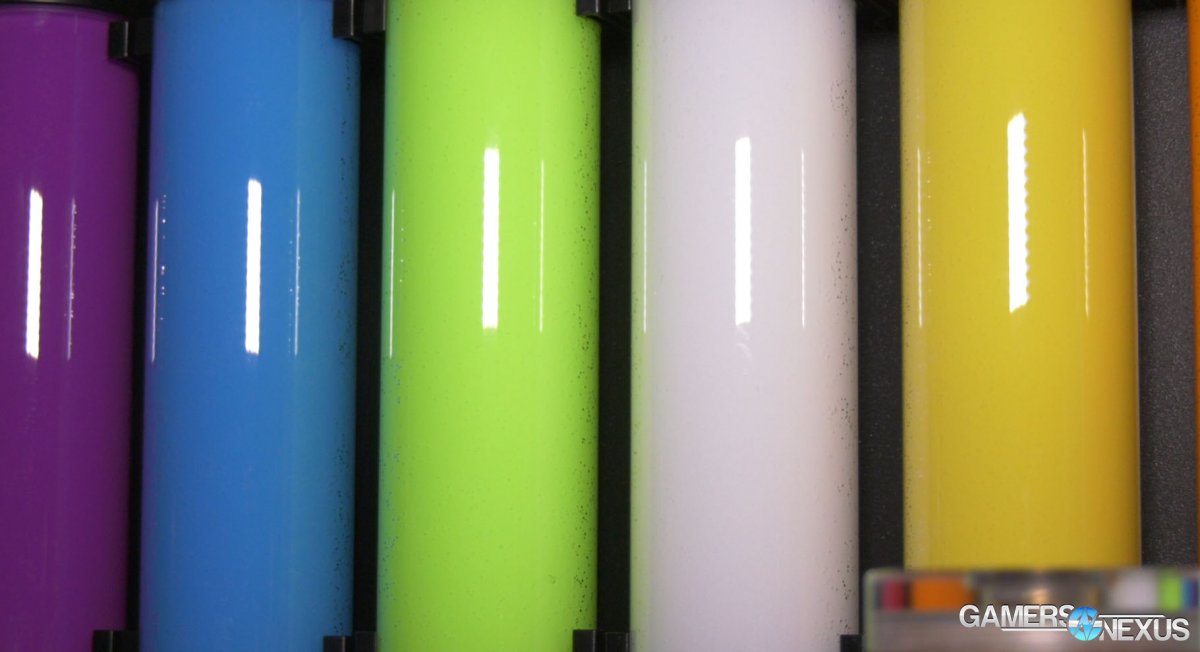 Back in December, we mentioned one of NVIDIA’s biggest investors, Softbank, was considering selling its stake in the company. Well, that’s no longer a consideration, as that sale was completed in January. In its 3Q19 earnings report, Softbank said it sold the entire $3.6 billion investment, finalized on January 10th, which is surely another blow to NVIDIA in what’s been a turbulent past couple of quarters.

On our last episode, we detailed NVIDIA’s struggle with slow RTX sales, and the continued decline of their 4Q revenue guidance. They’ve also been struggling in China, as have lots of other tech companies. NVIDIA’s share price value as also been on a steady decline and the company is still dealing with the consequences of going all in on cryptocurrency.

Friend of the site VSG, one of the writers over at TechPowerUp, just published a piece on a brewing legal dispute over the usage of “Pastel” as a name for cooling products. Essentially, this boils down to every coolant company in the industry -- EK, Thermaltake, and Alphacool included -- all wanting to use the word “pastel” to describe their coolants of pastel colors. In two of those instances, Mayhems granted EK and Alphacool permission to use the Pastel name. In Thermaltake’s situation, TT is insisting that “Pastel” is a generic name and should not be trademarked, and so seeks to challenge the requirement of permission in order to use the UK-registered trademark. Mayhems, meanwhile, commented on the story stating that the UK-registered trademark relates specifically to coolants and chemicals for cooling, arguing that this is inherently non-generic as it is trademarked for a specific use case and product.

Mayhems reportedly made several offers to Thermaltake to license the name, including one that asked Thermaltake to make a $100GBP donation to charity.

Gigabyte Could Be Laying Off 10% of Workforce

Gigabyte’s motherboard sales have been steadily declining since 2016, and that decline is predicted to perpetuate throughout 2019. As such, Gigabyte is aiming for a modest 10 million units in sales for the year. Previously, ASUS and MSI have also acknowledged struggles of their own with motherboard sales, and the well-documented Intel CPU shortage has played no small part.

By now, NVIDIA is no stranger to the unforgiving headwinds in the market created by cryptocurrency. Post crypto mining boom, NVIDIA has struggled with significantly lower revenue guidance and an excess of Pascal cards in the channel; however, the company’s total exposure to the cryptocurrency market may have been masked, presumably to avoid a heavier stock crash.

"We think NVDA (NVIDIA) generated $1.95 billion in total revenue related to crypto/blockchain," RBC analyst Mitch Steves said in a note out Wednesday. "This compares to company's statement that it generated around $602 million over the same time period."

According to Steves, total revenue for cryptocurrency should’ve been $2.75 billion, from April 2017 to July 2018. NVIDIA is speculated to have captured roughly 75% of that market. This would leave the remaining 25% to AMD. Steves cites AMD’s recent earnings report as a source of credence to his theory, where AMD lowered its 1Q revenue guidance to $1.25 billion, a 24% decline year-over-year.

This implies that AMD accounted for $234 million of crypto revenue in 2018, which would roughly equate to 25% of the total revenue, according to Steves. There’s no way to confirm these numbers, however, and this is a fact Steves admits. That said, it should be taken with a grain of salt, and not as absolute.

Intel has announced that it will discontinue the Itanium 9700 line of CPUs, codenamed Kittson, in 2021. The 9700 series are the last processors on the market to use Intel’s Itanium architecture, and the chips haven’t seen a manufacturing node shift since 2010, still being fabricated at 32nm. According to Anandtech, Intel’s only customer using these chips is HP Enterprise, so market impact is expected to be minimal.

Once upon a time, Itanium was heralded as the future, as the industry was moving from 32-bit to 64-bit computing. Itanium was intended to transform the x86 architecture, but ended up being not very x86 compatible. The VLIW (Very Long Instruction Word), called IA-64, was hard to optimize x86 code for. Around the same time, AMD’s Operton introduced AMD64, AMD’s own 64-bit extension to the x86 ISA (Instruction Set Architecture). AMD64 was completely backwards compatible with 32-bit x86 code and software, so it quickly became the de facto standard.

Intel has confirmed their plans for expansion in oregon, indicating that they do indeed plan to build a third phase to their Oregon D1X facility. The third phase is expected to be similar in size to the previous two phases added, and construction is slated to begin in 2019.

Intel has been vague about details surrounding the project, but the company did notify approximately 50 residents in its Ronler Acres campus about the upcoming expansion. According to the Oregonian, Intel says “plans remain contingent on unspecified business and economic factors.”

In its recent earnings call, AMD CEO Dr. Lisa Su highlighted key points in the company’s trajectory, such as reaching its highest profitability since 2011 and accelerated market share; however, she didn’t really elaborate on the latter. Analysts at Mercury Research have released data that better outlines those market share increases.

AMD currently holds 15.8% of the consumer desktop PC market, which is a 3.9% gain year-over-year, and represents AMD’s biggest slice of that market since 2014. When it comes to notebooks, AMD’s adoption rate has been slow, but the company is making some inroads. AMD gained an impressive 5.3% market share YoY, thanks in part to Intel's inability to deliver chips to OEMs.

AMD has been aggressively trying to invade the server space with EPYC, where Intel has been comfortably sitting atop the food chain for some time. While enterprise and server clients are hesitant about investing in new platforms, AMD has seen some success with EPYC, especially with cloud service providers.That said, AMD’s server market share has gone from 0.8% to 3.2%.

This growth has primarily been off the back of AMD’s Zen-based products, and while Intel is still the dominant player, the numbers indicate that AMD is clawing back valuable market share across all computing segments. It also highlights AMD’s continued pressure on Intel, which has led to true competition in the CPU space and a better back and forth volley of products.

At a conference, Adobe CTO Abhay Parasnis alluded to a future interest in custom silicon for Adobe software. In a story by Axios, Parasnis is quoted as saying “Do we need to become an ARM licensee? I don't have the answer, but it is something we are going to have to pay attention to”.

Parasnis went on to say “ARM does afford a model for a software company to package its technology much closer to silicon”, while expressing Adobe’s interest in AI, machine learning, AR, and VR. Paransnis also stated that he believes the world is at the cusp of requiring more powerful hardware, and he believes ARM will be the future.