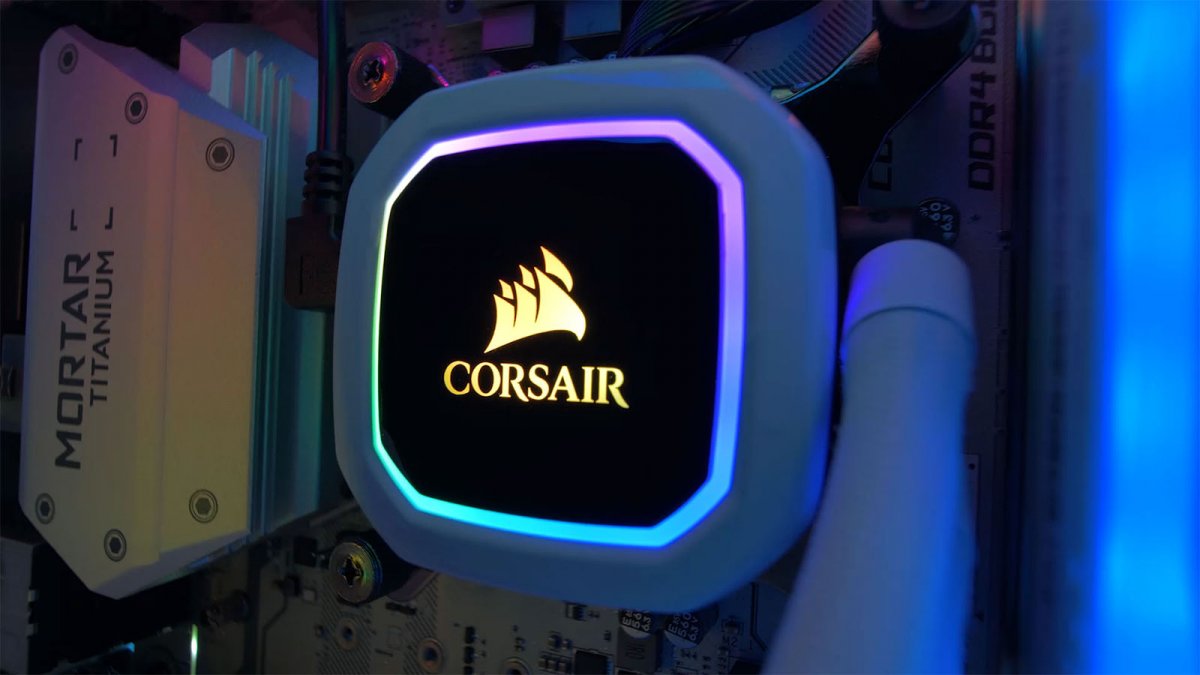 Hardware news this week focuses once again on process improvement and Ryzen 3000 discussion, although there's also a CLC recall that affects about 1% of Corsair Platinum owners (due to a leak). We also talk about the Epic Games' response to conspiracies surrounding Tencent and 'spyware.'

TSMC announced that its completed infrastructure design and risk assessment for its forthcoming 5nm process, and will continue to leverage the foundry’s EUV technology, undoubtedly a bit more mature at this point.

Compared to TSMC’s 7nm process, 5nm will yield a density increase of 1.8x and a 15% clock speed increase due to process refinements alone. Those numbers have currently been tested on an Arm Cortex-A72 core. TSMC said their 5nm process will power HPC applications, SoC designs, AI, and the emerging 5G market, among other things.

Some of TSMC’s customers already have chips based on the 5nm process in risk production, which could mean volume production may come in 2020.

Intel recently held its Data-Centric Innovation Day, wherein it announced a wide gamut of products designed to help propel the company forward with its new mantra of “Moving, Storing, and Processing Data.”

One of the longer-standing, reddit-originated theories about the Epic Games launcher is that its telemetry data is, in fact, spyware implemented by Chinese investment firm Tencent Holdings. After a period of silence and apparently growing bothered by the ongoing commentary about the launcher being packed with spyware, Epic Games CEO Tim Sweeney stated the following in a tweet:

“I support everyone’s right to complain about tech industry stuff. Epic’s store, with exclusive games and a spartan feature set, is a fine target for ire. But please help separate facts and opinions from lies about spyware and foreign control.”

AMD’s outlook throughout 2019 is expected to be pretty good, according to Digitimes. As AMD ramps its 7nm catalog later this year, it is expected to gain an acute advantage over Intel and poise itself for a surge in sales.

AMD’s Ryzen 3000-series and Zen 2 architecture are rumored to bring single-threaded performance parity with Intel while also maintaining its multi-core performance. AMD also has the 7nm Rome-based EPYC processors waiting in the wings, with a 64-core, 112 thread flagship. There’s also the second generation of Navi rumored to be at Computex -- all fabricated at 7nm.

That momentum, weighed against Intel’s 10nm hurdles and CPU shortages, is expected to be a  buoy for AMD’s sales in 2H19. More OEMs like HP and Lenovo are turning to AMD to fill orders, while ASUS has cited stronger than expected sales for its AMD-based offerings. AMD is also seeing its first Chromebook adoption from the likes of HP and Acer.

Intel finally hired a new CFO to fill the vacated position left by Bob Swan, who assumed permanent CEO duties in January. This time, Intel decided it would hire from rival Qualcomm, and give AMD and Nvidia a break.

Coolers limited to the lot code 1852 are leaking coolant into the tube sleeving, due to a faulty seal. The leak should be easy to identify, as the coolant is a bright green and the sleeving is white. Corsair states the leak should be immediately noticeable upon opening the box; however, the leak could also manifest over time.

To locate the lot code, reference the serial number on the packaging or the radiator. Corsair has pictures and instructions in the attached forum post below. All other lot codes remain unaffected.

"COMPUTEX, as one of the global leading technology trade shows, has continued to advance with the times for more than 30 years. This year, for the first time, a keynote speech will be held at the pre-show international press conference. Dr. Lisa Su received a special invitation to share insights about the next generation of high-performance computing. We look forward to her participation attracting more companies to participate in COMPUTEX, bringing the latest industry insights, and jointly sharing the infinite possibilities of the technology ecosystem on this global stage."

It’s unclear exactly what AMD will unveil at Computex, but rumors have it there will be news of Ryzen 3000, Zen 2, and AMD’s 7nm gaming GPUs, just to name a few. We’ll see soon enough, as Computex is set for May 27.

Gigabyte will be bundling a cherry-picked, binned i9-9900K with their $900 Z390 Aorus Extreme Waterforce motherboard. The motherboard, Gigabyte’s most expensive to date (and possibly the longest in name), is basically a Z390 Auros Extreme with a massive, custom made monoblock.

Making the package more interesting is how Gigabyte seems to want to get into the CPU binning business. The handpicked i9-9900K will ship from Gigabyte with a 5.1GHz overclock, and Gigabyte assures would be buyers that their motherboard and BIOS have been dialed in to handle such an overclock.

"The BIOS has also been pretuned so that users won’t have to configure the settings to avoid complications and confusion for hitting all cores at 5.1GHz and higher while overclocking. Additionally, GIGABYTE engineers have already stress tested these motherboards at higher loads compared to that of standard configurations to ensure the reliability of these boards so that users can enjoy extreme performance with all cores at 5.1GHz or higher and excellent stability," Gigabyte said in a press release.