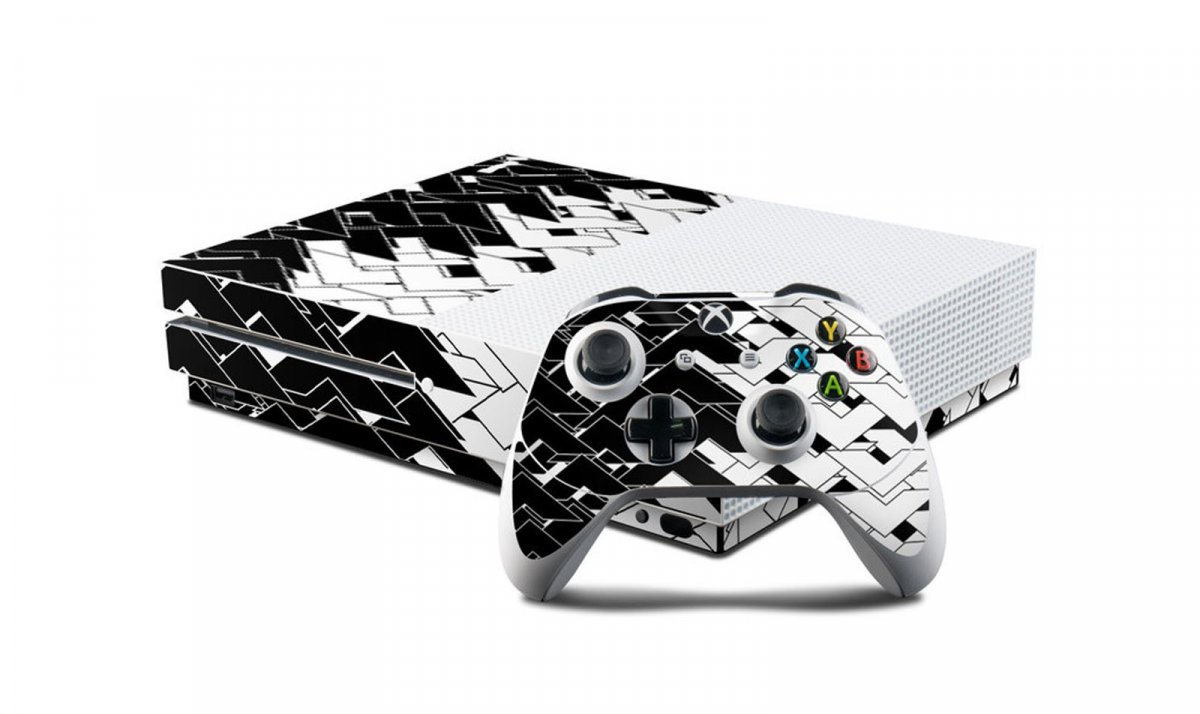 Show notes and article after the embedded video:

GN Modmats Coming Back in Stock

Our popular GamersNexus Modmats are finally coming back in stock. This is our biggest production run yet, and we will be restocking both medium and large modmats for this run. The mats are available for back-order on the GN store and will be shipping out in about 10 days. They are on the way to us, which means they'll be on the way out to buyers shortly thereafter. Placing a back-order now means it will ship immediately when it arrives.

It’s been heavily speculated that AMD is working on the next SoC set to power next generation consoles from Microsoft and Sony. And while not confirmed by AMD, rumors suggest that the chip will take the form of the semi-custom APU named Gonzalo.

A Twitter user by the name of TUM_APISAK alleges that there is now a qualification sample in existence, spotted in the 3DMark database with a codename of “ZG16702AE8JB2_32/10/18_13F8.” Assuming the veracity of this leak, it would indicate that AMD is late in the development process, and volume production could be near.

More interesting is how much the qualification sample has changed from the rumored engineering sample spotted back in January: An increased 1.6GHz base clock, a revised stepping going from A2 to B2, and a different version of Navi 10 Lite running at 1.8GHz, suggested by the new PCI-ID 13E9.

All this would align with the conjecture that AMD has made considerable progress on the APU, and is nearing the production stage. Take with salt, as prescribed.

Friend of the site Roman “Der8auer” Hartung has beaten down our own high score on the 3DMark Hall of Fame, replacing it with his own. This friendly overclocking battle will undoubtedly continue as we try to make-up for our skill deficit with more hardware. Find his video here!

IDC and Gartner both released new reports on the PC market recently, and while numbers and statistics tend to differ quite a bit between analytical firms, one thing IDC and Gartner both agree on is Intel’s contribution to declining PC shipments for 1Q19.

Both firms agree that Intel’s continued CPU shortages affected the global PC market, particularly the low-end of that market. Many manufactures -- especially those not among the big three, i.e. Dell, HP, and Lenovo -- were forced to look elsewhere for CPUs, elsewhere being AMD.

“The supply constraints affected the vendor competitive landscape as leading vendors had better allocation of chips and also began sourcing alternative CPUs from AMD. The top three vendors worldwide were still able to increase shipments despite the supply constraint by focusing on their high-end products and taking share from small vendors that struggled to secure CPUs. Moreover, the constraints resulted in the top vendors shifting their product mix to the high-end segment in order to deal with the constraint — which, along with favorable component price trends, should boost profit margins.”

As the above quote illustrates, many vendors have shifted focus away from the consumer segment in an effort to prop up margins in light of Intel’s inability to meet demand. IDC reiterated that more PC makers are turning to AMD solutions, rather than waiting on Intel, and that vendors have been more focused on commercial and business customers.

“Furthermore, more PC brands turned to AMD chips. All of this, combined with firms rounding the last corner on its Windows 10 migration deployments, led to a shift in the market for traditional PCs towards more commercial and premium products,” the report reads. IDC also notes that “Intel CPU shortages continued to pose a production bottleneck for PC makers,” while also citing a dwindling consumer interest in new PCs.

IDC and Gartner both differ in how they interpret market data, and they even have different numbers, such as who the leading PC maker is or just how much PC shipments fell. However, that both reports cite Intel’s CPU shortages is validation as to just how widespread that problem is.

Steam has released its hardware survey for March of 2019. Marketshare hasn’t changed much year-over-year, despite our recent sales volume results showing GN’s viewers shifting buying habits significantly. That’s because, with a market that is much larger than our small enthusiast segment, it takes a long time for the ships to turn. Intel and NVIDIA jointly hold almost all of the notebook market and pre-built desktop market, meaning that AMD’s inroads to the DIY enthusiast space will be obscured by this data.

In Steam’s survey, AMD holds about 18.1% marketshare to Intel’s 81.9% for CPUs, with 56% of users still on quad-core CPUs. Video card usage and marketshare is always awkwardly measured in Valve’s survey, as it includes Intel’s IGPs as part of the GPU measurement. Counting Intel, Steam shows NVIDIA at 75%, AMD at about 15%, and Intel at about 10%.

DirectX 12 is gaining popularity in a more noteworthy way, progressing from 50% to about 65% marketshare.

Recently, researchers dropped another CPU flaw in Intel’s lap, this one being known as “Spoiler.” Spoiler is somewhat unique, in that it only affects Intel CPUs, and not AMD or Arm-based chips. This is due to Intel’s proprietary memory subsystem, which includes the Memory Order Buffer  that Spoiler directly targets.

Spoiler leverages speculative execution and the inherent weakness in Intel’s memory subsystem to leak critical information about page mappings and physical address mappings. Moreover, Spoiler can be used to bolster other known memory attacks like Rowhammer or other side-channel attacks.

Even though Spoiler abuses speculative execution, it affects an entirely different area of the CPU. Thus, current Spectre and Meltdown mitigations aren’t applicable. What’s more is researchers noted that Intel likely wouldn’t be able to deliver a microcode patch due to the complexity of the memory subsystem -- at least, not without massive performance degradation.

In response, Intel officially issued a security advisory and has given Spoiler a CVE identifier. In the advisory, Intel assigns Spoiler a CVSS base score of 3.8 out of 10, indicating a “low” risk. Intel doesn’t say much else about Spoiler, other than it would require an authenticated user and local access to hardware, which is likely why it doesn’t appear overly concerned with the flaw.

Spoiler is another testament that CPUs need hardware mitigation for security threats, involving the overhaul of CPU and silicon design. And as other research papers have noted, modern CPU design has deprioritized security in the name of performance, and we’re starting to see the consequences of such designs.

Intel announced that its new Optane Memory H10 SSDs will be coming to the laptop market later this year. The new Optane drives combine Optane memory and QLC NAND in an M.2 form factor.

Flash and Optane are two distinct types of storage, and as such, the new drives will use two separate controllers for each. The new Optane H10 drives will present themselves to the operating system as two separate PCIe drives, which will require motherboards supporting PCIe bifurcation. From there, the drives are combined using Intel’s Rapid Storage Technology, which will then use the Optane memory as something of a cache system for frequently accessed data.

Intel has some lofty claims with the new H10 SSDs, stating they will launch games 60% faster, load documents two times faster, and open multimedia files up to 90% faster. The H10 drives aren’t being sold to the consumer just yet, not exactly; rather, they’re coming from OEMs in new laptops slated for 2Q19. However, as Tom’s Hardware notes, support for the DIY market is coming in the future.

Shockwave was first deployed in 1995 for rich media and interactive content for websites and CD-ROMs. However, with the migration of technologies such as HTML5 and WebGL, Shockwave was supplanted a long time ago, and no one uses CD-ROMs anymore. So, Shockwave is going the way of Adobe Director and Shockwave player for Mac, both discontinued in 2017. Adobe also plans to kill off Flash in 2020.

Adobe has taken down the download page for Shockwave, and version 12.3.5.205 will serve as the last iteration of the software.

If you’ve ever found yourself with an extra $3,000 or so and decided the only way to spend it was on an obscenely expensive, private auction only Intel processor, CaseKing.de can now make that very specific and exorbitant dream a reality.

The retailer has recently started to sell Intel’s i9-9990XE, previously only available via private auction for system integrators. The i9-9990XE is functionally an i9-9980 XE that sheds four cores, and gains a significant TDP boost, going from 165W to 225W. That TDP boost presumably allows for the sizeable frequency increase, as the i9-9990XE has an all core turbo clock of 5GHz.

CaseKing also has a tandem system build available aimed at streaming that uses the i9-9990XE for the primary system, as well as the i5-9600K for the secondary system. The system also uses an RTX 2080 Ti, an ASUS Omega motherboard, and an Elgato 4K60 Pro capture card. The King Mod CKPC-843 as it’s called, will cost €12,999.90 in addition to taxes and shipping.