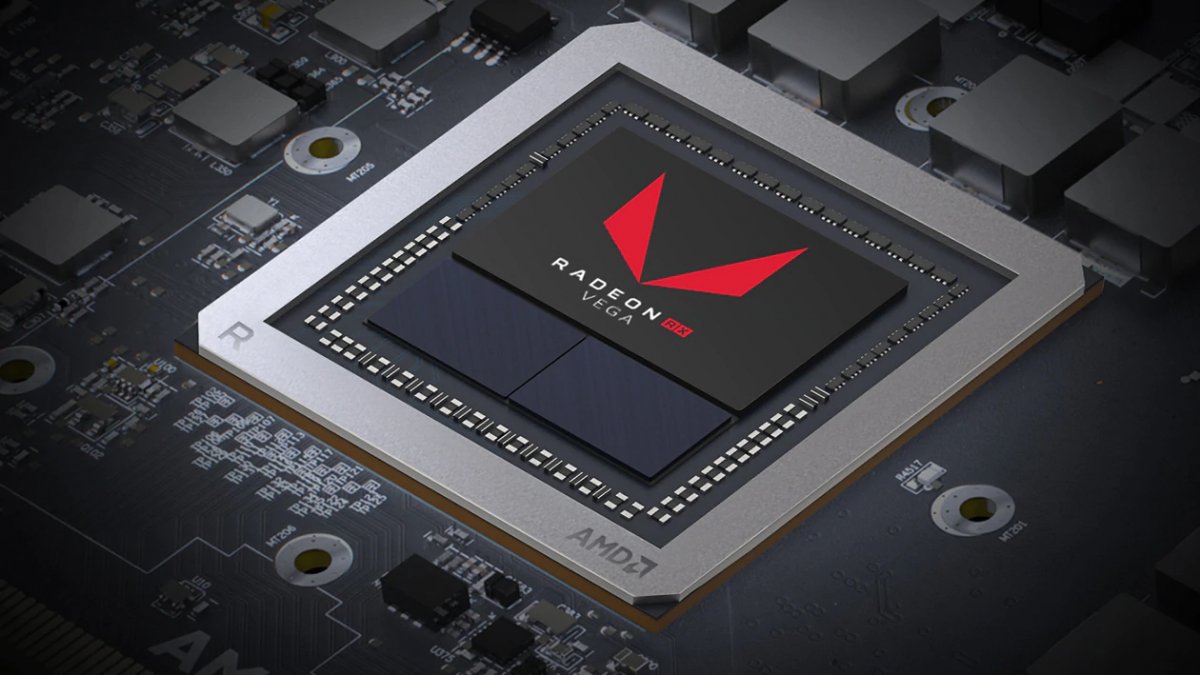 Leaked images of an AMD PCB, presumably a reference design for some variant of Navi, have given the collective internet much to speculate about. Resident VRM specialist Buildzoid has weighed in on his Actually Hardcore Overclocking channel.

The images show eight DRAM packages surrounding the GPU, and the packages show a BGA package size of 180, indicating the use of GDDR6 memory. The DRAM packages are also single-sided, likely meaning it’s an 8GB configuration with a 256-bit memory bus.

According to Buildzoid, the beefy 8-phase VRM could be making use of 70A Smart Power Stages and using two 8-pin connectors. The card likely approaches a 300W TDP; anything more than that, and the card “becomes a meme,” according to Buildzoid. Screw arrangement aligns with traditional blower fans for AMD, but we’ll see if that’s what the final models use.

We’d strongly encourage you to check out Buildzoid’s video over on his channel. We’ll link that below.

Current leaks suggest that Intel’s upcoming Comet Lake will be another extension of the company's 14nm process node, and will also add another digit to Intel’s already convoluted and crowded naming convention.

Comet Lake is rumored to be using the 10000-series branding, with desktop parts coming with as many as 10 cores. The Comet Lake microarchitecture is an alleged successor to Coffee Lake and Whiskey Lake, and SKUs are expected to arrive sometime in the fourth quarter of the year.

Not much else is known, currently. There will be the Core desktop parts coming, in addition to the lower power U-series. Comet Lake is expected to recycle parts of Skylake such as the IGP from the 9000-series (9th-gen) line up.

Super Micro Looks to Shift Production Outside of China

In a bid to assuage concerns over Chinese backdoors and espionage, Super Micro will begin moving production away from China. Last year, a report from Bloomberg surfaced, alleging that Super Micro’s motherboards made in China had been compromised with a malicious chip acting as a backdoor to hack Super Micro customers like Apple and Amazon.

Pretty much everyone but Bloomberg widley denied the claims, and initial testing failed to substantiate those claims. Yet, it seems Super Micro’s server business has suffered all the same from the bad press. Super Micro is the world's third largest server supplier, sitting behind HP and Dell, respectively.

However, since last October -- when Bloomberg’s report came out -- Super Micro has seen significant declines in sales, especially in the US. According to analysts, it’s possible Super Micro could slide to fourth place behind Amazon. Super Micro has since accelerated its ambitions of being more self reliant, breaking ground on a new $65 million factory in northern Taiwanese city of Taoyuan.

AMD reported its 1Q19 earnings whilst also celebrating its 50th anniversary, and while the company’s earnings were a bit mixed, they were stronger than anticipated.

AMD’s GPU and semi-custom sales were sluggish, but were offset by the doubling of Ryzen and EPYC sales. This, according to AMD, has led to its sixth consecutive quarter of market share gain, although no metrics were provided. AMD also doubled down on its projection that it will gain double-digit market share in the server market this year.

AMD reported $1.27 billion in revenue for the quarter, and most importantly, reported increasing margins of 41%, up 5% QoQ. AMD is also predicting a $1.52 billion 2Q19, driven by the launch of its 7nm product stack. AMD CEO Lisa Su said in an earnings call that AMD will deliver its 7nm Navi and EPYC Rome in the third quarter.

According to Su, the first Navi-based graphics card will be situated "below where the Radeon VII is positioned from a pricing standpoint." That said, it seems the first round of Navi cards will indeed address the mid-range segment, and the flagship cards will come later.

The new EPYC-powered T3a is a mix of cost and throughput, according to AWS. The new T3a instance is for workloads not requiring long, sustained throughput needs, but offers burst performance for when those workloads see a spike in throughput or usage requirements.

The T3a joins other AWS instances powered by EPYC, such as the M5, R5, M5ad, and R5ad instances.

WSTS stated that first quarter sales were on the decline, sinking to $96.8 billion from $114.7 billion. “Sales in March decreased on a year-to-year basis across all major regional markets and semiconductor product categories, consistent with the cyclical trend the global market has experienced recently,” said John Neuffer, president and CEO of the Semiconductor Industry Association (SIA) trade group.

According to IC Insights, there have only been seven quarters in which global chip sales fell by more than 10% sequentially, dating back to 1984. “The first quarter is usually the weakest quarter of the year for the IC market, averaging a sequential decline of 2.1% over the past 36 years, but the severity of the 1Q19/4Q18 IC market drop has started this year off at a very low level,” said IC Insights.

IC Insights also paints a grim picture for 2019, with a double-digit decline predicted for the rest of the year -- unless 2H19 is marked by a particularly strong rebound. Neuffer also called for U.S. policy makers to draft policies aimed at bolstering and sustaining the semiconductor market.

“To help foster growth and innovation in the semiconductor industry and ensure continued U.S. leadership in semiconductor technology, policymakers in Washington should enact measures that invest in scientific research, attract and retain a top technology workforce, and ensure open markets and strong protection of intellectual property,” Neuffer said.

So, That Razer Toaster Is Becoming A Thing

Razer’s 2016 April Fools prank, the Razer Toaster, has transcended the world of pranks and memes, and will actually end up in front of engineers to become a real product. That’s according to Razer CEO Min-Liang Tan, who seemingly relented to fans’ years long wishes of bringing the toaster to market.

Well....what can I say. I've just officially liked their page - and I'm going to put together my team of designers and engineers. It will take a few years - but I'll be sure to share the progress - and make it a community affair.

The “guys” Tan refers to are the members of the Facebook group Give us the Razer Toaster, which recently hit 1 million likes -- or actually 45,000 likes, with 12 tattoos accounting for 100,000 likes each. And yes, you read that right -- 12 tattoos. There are 12 human beings who have permanently inked an image of the Razer Toaster onto their skin.

According to the PowerPoint financial presentation, Nidec is preparing for a 50% YoY decline in HDD motor sales for 2019, revising its HDD shipment forecast from 356 million units to 309 million units in 2019. Nidec expects the downward trend to continue into 2020, with just 290 million units expected.