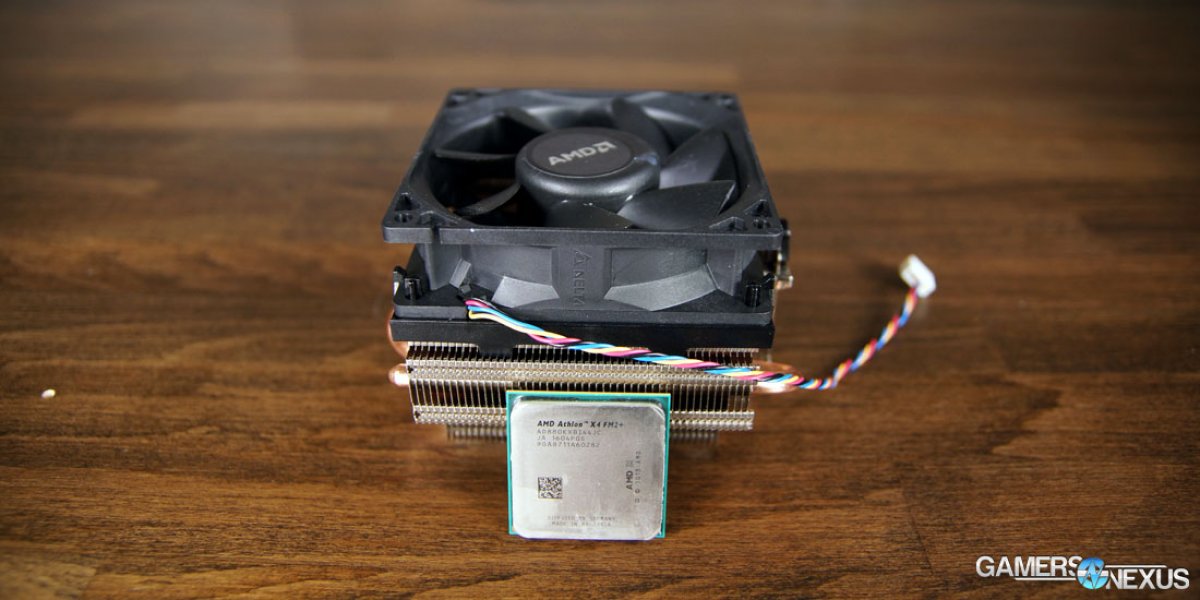 We reached-out to some board partners for the AMD RX 5700 series cards, including the base model and the XT, and asked about when we can expect to see more inventory on retailers. From what a few of the board partners told us, the companies have been shipping inventory once to twice a week to inventory, but initially had low allocation of GPUs and had to catch-up on the manufacturing side. This has meant that stock is mostly disappearing as soon as it goes out, and some regions, like Germany, have especially gouge-y prices that allow retailers to rake-in margin if any units sell. As far as the North American market goes, our understanding is that the big retailers are receiving shipments weekly, but that stock is limited enough that it sells out right away. This is expounded by the long wait for people who’ve wanted RX series cards. Board partners are expecting supply to stabilize over the course of the next 2 weeks to a month, depending on which one you ask.

Last January, we reported that AMD was facing a lawsuit over false advertising regarding its FX-series of processors based on the ill-fated Bulldozer architecture. The lawsuit began in 2015, and stems from how AMD advertised the processors as native 8-core chips, to which the plaintiffs in the case claimed was both false and misleading.

For the uninitiated, or those who have forgotten, the processors in question used four modules, with two execution cores per module. Each module operated with a shared front end, including a floating point unit, L2 cache, and instruction/fetch circuity, among other resources. The shared resources for each module means that the execution cores are essentially incapable of operating independently.

AMD has officially settled the class action lawsuit for $12.1 million, which will work out to $35 per chip, presumably after lawyers are paid. However, the settlement is structured around a lump sum, rather than a per-chip-sold basis; that means the more people that apply for compensation, everyone’s payout will shrink accordingly. As the agreement is still fresh, there isn’t a process for securing compensation yet.

In continuing with this week’s litigation theme, GlobalFoundries has sued TSMC for the alleged infringement of 16 patents in the U.S. and Germany. GlobalFoundries is seeking to halt the import of products “produced with the infringing technology” into the U.S. and Germany. That said, the lawsuit could affect TSMC’s biggest customers, like Nvidia and Apple, who are both named as defendants in the suit.

In its statement, GlobalFoundries frames the lawsuit as one needed to protect its domestic investments from the Asian semiconductor industry.

"While semiconductor manufacturing has continued to shift to Asia, GF has bucked the trend by investing heavily in the American and European semiconductor industries, spending more than $15 billion dollars in the last decade in the U.S. and more than $6 billion in Europe's largest semiconductor manufacturing fabrication facility. These lawsuits are aimed at protecting those investments and the US and European-based innovation that powers them," said Gregg Bartlett, senior vice president, engineering and technology at GF. "For years, while we have been devoting billions of dollars to domestic research and development, TSMC has been unlawfully reaping the benefits of our investments. This action is critical to halt Taiwan Semiconductor's unlawful use of our vital assets and to safeguard the American and European manufacturing base."

TSMC has responded in kind, vowing to vigorously defend its property and technology.

“TSMC is in the process of reviewing the complaints filed by GlobalFoundries on August 26, but is confident that GlobalFoundries’ allegations are baseless. As a leading innovator, TSMC invests billions of dollars each year to independently develop its world-class, leading-edge semiconductor manufacturing technologies. As a result, TSMC has established one of the largest semiconductor portfolios with more than 37,000 patents worldwide and a top 10 ranking for US patent grants for 3 consecutive years since 2016. We are disappointed to see a foundry peer resort to meritless lawsuits instead of competing in the marketplace with technology. TSMC is proud of its technology leadership, manufacturing excellence, and unwavering commitment to customers. We will fight vigorously, using any and all options, to protect our proprietary technologies.”

The latest report from JPR looks at 2Q19 GPU shipments, where for the first time in 5 years, JPR says, AMD is ahead of Nvidia. JPR reports that AMD’s GPU shipments are up 9.8% over last quarter.

All of that said, this is sort of irrelevant. JPR bundles-in Intel IGPs to this data, which dilutes it, and also couples AMD APU sales with GPU sales. The two cannot be jointly compared to NVIDIA GPU-only sales, and in reality, NVIDIA still holds a domineering marketshare lead over AMD in GPU. Ultimately, this is more a testament to APU sales than anything; AMD’s new GPUs aren’t even available in any widescale (yet, but will be), and so it will take a while for any chance at truly surpassing NVIDIA sales.

Jingjia Microelectronics Co., a Chinese-based technology company, is reportedly in the early stages of designing a GPU with performance rivaling that of Nvidia’s GTX 1080. Jingjia Micro is already credited with producing China’s first domestic GPU, the JM5400. The company’s most recent GPU is the JM7200, a GPU with performance in the ballpark of Nvidia’s GT 640. However, the JM7200 runs at only 10W, as opposed to the 50W TDP of the GT 640.

According to reports, the JM9231 and JM9271 will be the company’s first high-performance GPUs, with performance close to that of the GTX 1050 and 1080, respectively. The JM9231 will also support 16GB of HBM2 and PCIe 4.0, while purportedly coming with a 200W TDP. Both cards are presumably slated for military use, as they will lack support for popular APIs such as DirectX and Vulkan.

Before anyone recoils at the idea of a new GPU with the performance of a GTX 1080, consider that Jingjia Micro faces the same problem as other Chinese tech players: American IP. Companies like Nvidia, AMD, and Intel (just to name a few) have patents to hell and back, making it hard -- if near impossible -- to make a competitive product without licensing American IP. If you don’t believe us, just ask Huawei.

Sources close to Tom’s Hardware and Puget Systems seem to indicate that AMD’s Radeon VII has entered EOL status. Tom’s Hardware notes that while AMD didn’t exactly confirm that the card was being discontinued, AMD didn’t deny it either.

However, Matt Bach from Puget Systems made issued a comment that seems to confirm the news. In a DaVinci Resolve GPU benchmark piece, Back said “Radeon VII is 100% EOL, we confirmed that directly with AMD before we started this round of GPU testing. Leftover supply does not mean it is still being manufactured.”

So, take that with a grain of salt. Or not. It wouldn’t be surprising that AMD elected to retire the Radeon VII, as it was mostly a stopgap measure on the road to Navi, and also allowed AMD to be the first to demonstrate 7nm GPU silicon for consumers.

AMD’s popular Ryzen 7 3700X and Ryzen 9 3900X still remain elusive, at least at retail prices. Availability for both chips has been sporadic at best since AMD’s July 7th Ryzen 3000 launch. The only consistent place to find them both is ebay -- at seriously inflated prices.

Indeed, at the time of writing the Ryzen 9 3900X is out of stock at both Newegg and Amazon. Over at ebay, the Ryzen 9 3900 X has been selling for anywhere between $650 and $750. Presently, the Ryzen 7 3700X is faring a bit better, with stock at a few popular retailers. If you’ve been looking to get one, now may be a good time.

“A year ago when we introduced the i9 9900K, it was dubbed the fastest gaming CPU in the world. And I can honestly say nothing’s changed. It’s still the fastest gaming CPU in the world. I think you’ve heard a lot of press from the competition recently, but when we go out and actually do the real-world testing, not the synthetic benchmarks, but doing real-world testing of how these games perform on our platform, we stack the 9900K against the Ryzen 9 3900X. They’re running a 12-core part and we’re running an eight-core,”  says Intel’s Troy Severson.

“So, again, you are hearing a lot of stuff from our competition. I’ll be very honest, very blunt, say, hey, they’ve done a great job closing the gap, but we still have the highest performing CPUs in the industry for gaming, and we’re going to maintain that edge,” Severson continues.

Far as we know, Intel’s next round of desktop parts will be another iteration of 14nm, possibly scaling up to 10 cores. Interestingly, Severson didn’t mention pricing, or value proposition. Or multithreaded performance. Weird, right?