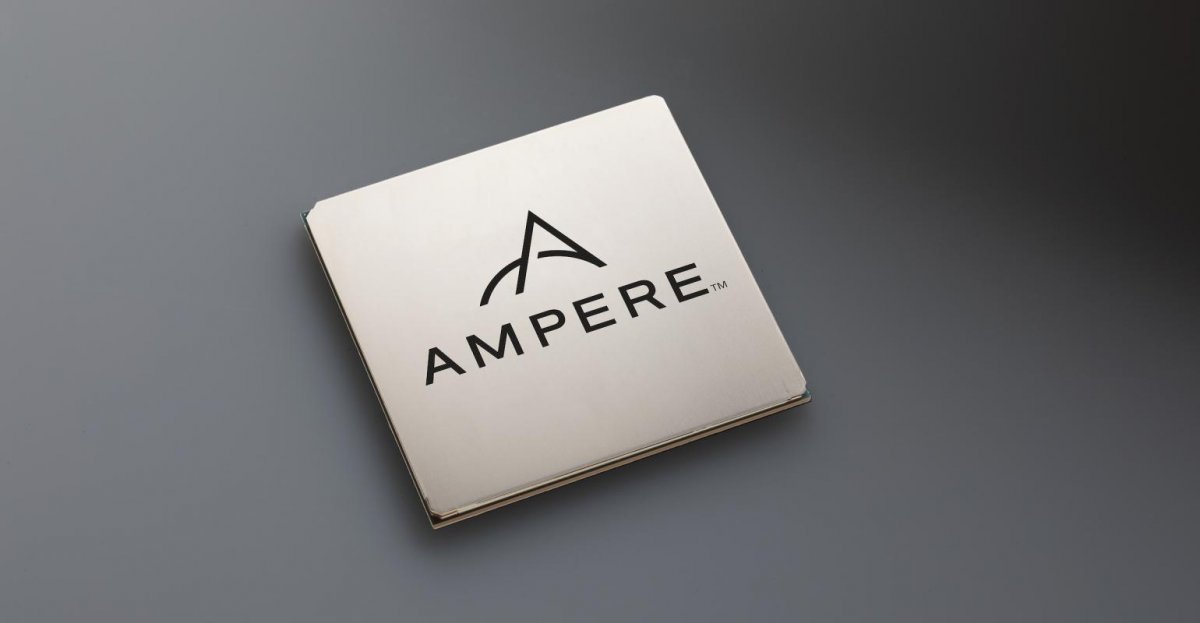 For Christmas day, we posted a special video where we did a charity PC build for the no-kill cat shelter Cat Angels, which Steve has personally visited and spoke with. The shelter needed a PC for its adoption form signups for those adopting cats, and so we posted our Xmas day build and a bonus reel of cat footage from the shelter. It's been an amazing experience working with Cat Angels, especially because we can tell from our visits that every dollar goes straight to the cause -- taking care of cats. Cat Angels reached-out to us to update us on its new PC, reminding us of what it's like to move from a 5400 RPM bloated hard drive to a clean SSD, but also expressing gratitude toward GN's community for its incredible fundraising efforts (and you can support them here, if you'd like). Here's what they had to say:

“I want to thank you all so much for your kindness and generosity!  The lovely comments from the gaming community are very sweet and heartwarming as well!And the fabulous computer you put together for us is outstanding!!! I have never seen anything boot so fast and access the Internet this fast! I sort of feel like I should seatbelt myself in before I get pulled over.  ? many thanks to you and your team."And also: "The donations are steadily coming in from all over the world! We are truly overwhelmed by the kindness you and your viewers have shown us. Thank you thank you! This has been the best Christmas ever!"

Ampere Computing continues to make appearances in our news recaps. We just recently learned about a workstation featuring Ampere’s 32-core eMAG processor, and now, thanks to Anandtech, we know Ampere is prepping a new line of server chips.

Anandtech has aptly called the new chips, codenamed QuickSilver, the anti-Graviton2. The Graviton2 is Amazon’s custom arm-based chip that will be deployed exclusively for the AWS cloud empire. Like the Graviton2, Ampere’s QuickSilver chip will be based on Arm’s Neoverse N1 architecture and core design. However, where the Graviton2 is expected to top out at 64 cores, Ampere is trotting out 80 cores for QuickSilver.

Per Anandtech’s reporting, QuickSilver will be manufactured on TSMC’s 7nm node; exactly which 7nm node, we don’t know yet. The QuickSilver chip will also be of monolithic design. The N1 cores will be single threaded, and the chip will boast more than 128 PCIe lanes. Ampere wouldn’t get into specifics, but we should now more as an official announcement will take place sometime in early 2020. However, an Arm-based chip with over 128 PCIe lanes would be more than any other chip on the market currently -- x86, Arm, or otherwise.

QuickSilver will also come with 8-channel memory support, dual socket configurations, and will use the CCIX protocol over PCIe 4.0 for communications. TDPs will range from 45W, up to 200+W for 80-core design at the top of the stack. Ampere is expected to enter volume production sometime in Q120, or Q220.

The LGA1200 socket is reportedly set to replace the LGA1151 socket that’s been the desktop standard since Skylake. Per Intel’s socket naming convention, the LGA1200 socket should come equipped with 1,200 pins, which would be 49 more than LGA1151. This gives traction to rumors that Intel has managed to increase the pin count on Comet Lake’s LGA by using extra space on the substrate.

Also, the dimensions in the drawing appear to be similar to that of LGA115x sockets, suggesting that Comet Lake’s LGA1200 socket could retain LGA115x cooler compatibility. If true, this would help reduce the sting for early Comet Lake adopters having to buy a new motherboard, who could save money by recycling their current CPU cooler -- assuming it’s capable of handling Comet Lake’s increased TDPs.

Demand for GDDR6 Could Inflate GPU Prices in 2020

According to the latest report by DRAMeXchange, DRAM prices are set to rebound, specifically, DRAM for GPUs. The driving force for the expected price increase is the demand for GDDR6. As we’ve seen with both AMD and Nvidia, GPU makers are continuing to migrate away from GDDR5. Nvidia’s RTX line uses GDDR6 exclusively, as does AMD’s RX 5700-series. AMD and Nvidia have also retroactively outfitted older GPUs with GDDR6.

Additionally, Sony and Microsoft will use GDDR6 for their upcoming consoles, the PS5 and Xbox Series X -- or just Xbox, if you’d rather. It’s also rumored the consoles could come with as much as 16GB of GDDR6 memory. As such, demand for GDDR6 is expected to outpace supply for 2020, and that condition usually isn’t one that favors consumers so much as it does memory makers.

Trendforce expects that the great memory triumvirate -- that is, Samsung, SK Hynix, and Micron -- will shift some of their wafer capacity towards GDDR6 as we enter 2020, and as such, we could see bit output for graphics DRAM in 2020 exceed 15%.

Russia, whose president has his own ideas of what a free and open internet looks like, recently conducted unprecedented tests in unplugging from the global internet, effectively beta testing the country’s domestic internet.

Runet, as it’s called, essentially acts as a giant intranet (at least in theory), isolated from the broader internet itself. While details are vague, the tests have been deemed successful, insofar as Russia’s ability to control inbound and outbound traffic. The tests were supposed to simulate a large scale cyber attack, and offer an opportunity for Russia to test its ability to preserve its internal infrastructure.

Without knowing more about the tests, and exactly what state Runet is in, it’s hard to assess how far Russia has progressed here. Reportedly, in unplugging from the internet, Runet was able to afford access to local services via a DNS cache. However, without a proper alternative to the DNS, Russia’s alternative internet is all but non-functional. Russia currently relies on international connections and resources to access the internet, and replicating those won’t be easy, or quick.

However, reading between the lines here, one can begin to see how this may lead to Russia exerting a greater control over how its citizens use the internet. Russia has already passed laws requiring all smartphones sold in the country to come preinstalled with Russian software. Russia is also investing heavily in creating its own Wikipedia. That said, time will tell what Runet will be, or won’t be.

Chuck Peddle, Creator of the 6502 Microprocessor, Passes Away

Check Peddle, the father of the 6502 chip, passed away recently. Many are unaware of Peddle’s contributions to home computing, which is a shame. Peddle created the first “cheap” processor, known as the 6502 microprocessor, which powered the first wave of successful home computers in the late 70s, including the Apple II and Commodore PET.

Additionally, 8-bit gaming consoles such as the Atari 2600 and the NES used the 6502, or a variation of that chip’s design. Peddle and a team of engineers developed the 6502 at MOS Technology after Motorola refused to allow Peddle and his team to develop it in-house; at the time, Motorola was trying to sell its costly (at the time) $300 6800 CPU, and it viewed Peddle’s vision for a cheaper chip as in-house competition.

After moving to MOS Technology, Peddle and his team built the 6502, and it costed $25 -- or roughly 1/6th of the cost of competing designs from Intel and Motorola. In summing up Peddle’s legacy as a home computing pioneer, Doug Fairbairn, a director at the Computer History Museum, said it best.

“Chuck Peddle is one of the great unsung heroes of the personal computer age,” said Fairbairn.  “Virtually all of the early, successful, mass-market personal computers were built around the 6502, not chips from Intel or anyone else.”

Back in the 1990s, Sony and Nintendo collaborated on a disc-based console known as the Super NES CD-ROM System, or the “Nintendo PlayStation.” Despite the fact that an estimated “couple hundred” prototypes were made, none have ever been available.

However, Terry Diebold, who’s been the sole owner of the only known prototype still in existence, is apparently ready to part with it. The prototype will be put up for public auction, taking place on March 5-7, 2020. “It’s the first time this prototype has ever been offered at public auction before,” Heritage Auctions consignment director Valarie McLeckie told Polygon.

While there’s no current estimate on what the prototype could go for, Diebold has reportedly already turned down a $1.2 million offer for it.

It seems Nvidia is already keen on the idea of letting consumers know that its Max-Q variant of the RTX 2080 will indeed be faster and more powerful than next-gen consoles -- products that are still a full year away, mind you. In other news, Nvidia would also like to announce that, if you were to cock your head upwards, you would in fact see the sky.

Joking aside, it’s hard to discern who exactly this kind of lazy boasting is for. It’s certainly not for enthusiasts, who already know that a trimmed down RTX 2080 is “faster” than a custom AMD SoC with Navi graphics, of which we’re still not in possession of all the specs. The claim appeared on a slide at Nvidia's GPU Technology Conference (GTC) in China.

The slide belonged to a larger slide deck illustrating Nvidia’s Max-Q GPU stack, and the accompanying gaming notebooks they will power. The slide reads “RTX 2080 > Next-Gen Console.” Even considering that Max-Q variants tend to perform well below their fully-specced counterparts, it’s still far from an apples to apples comparison. It’s lazy at best, and misleading and brand diluting at worst. Nvidia is effectively comparing a $2,000 gaming notebook to ~$500 consoles.

Nvidia isn’t doing itself any favors with marketing here.