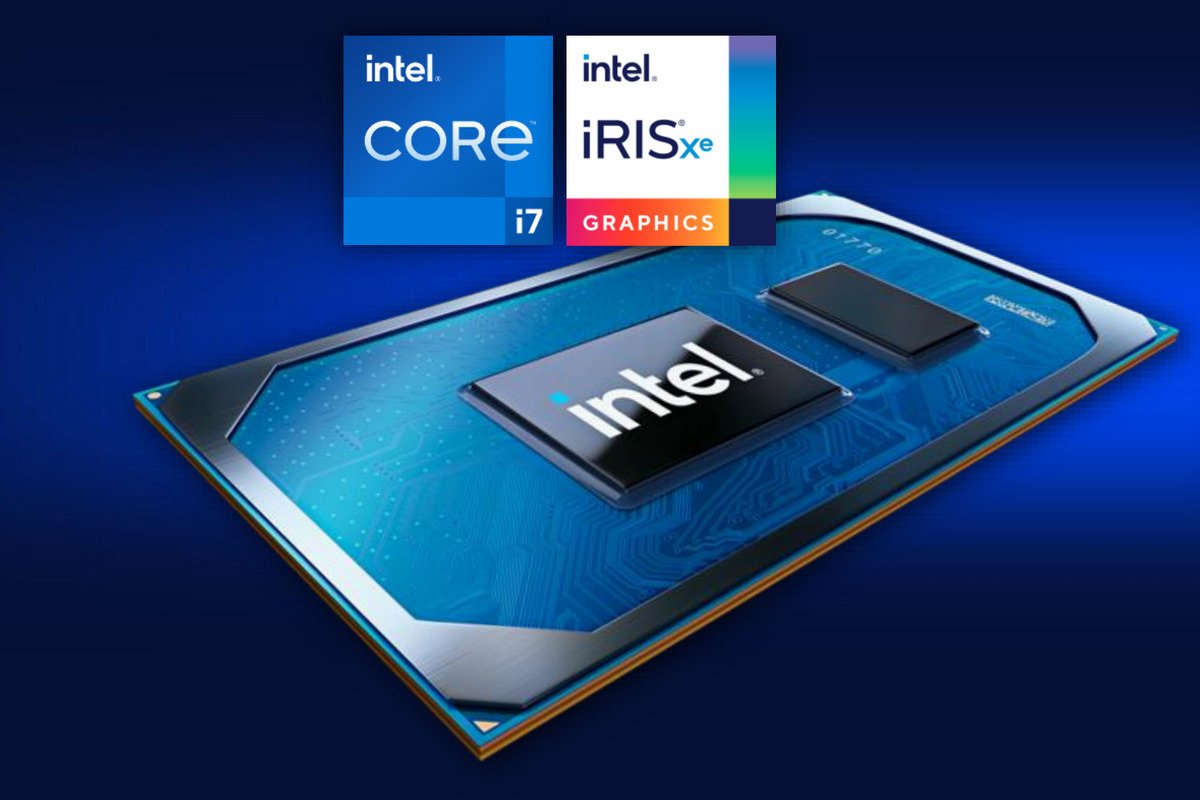 Hardware news this week leads into a major launch sequence from AMD. We've been busy covering GPUs for about a month now, but that'll soon switch over to AMD Ryzen 5000 CPU coverage as the 5950X, 5900X, 5800X, and 5600X come to market. More on that in a few days. For now, we'll be covering Intel's Xe GPU progress updates, AMD RX 6000 partner GPU timeline expectations, some additional Rocket Lake-S details, a Corsair water block launch, and more.

The show notes follow the video embed, as always.

On October 31st, Intel announced its Intel Iris Xe MAX graphics, not to be outdone by AMD and NVIDIA. The company says this is a mobile GPU that will be included in new laptops effective immediately, and indicated that the Xe MAX graphics will be based on Xe-LP architecture as found in the Intel Iris Xe 11th Gen mobile components. Intel says that this is its first Xe-based discrete GPU as it works to enter the dGPU market.

Intel makes comparisons between its Iris Xe MAX graphics and the NVIDIA MX350 notebooks and shows rough parity. To be frank, we’re not familiar with the MX350. We’d know a GTX- or RTX-series GPU if we saw one, but don’t pay attention to the low-end stuff. MX350 is a Pascal GPU with 640 CUDA cores, for reference.

The company also offered a slide entitled “hyper encoding: single stream (proof of concept),” which indicated performance as “2x projected over RTX 2080.” Intel later clarified that this is specifically for encoding against NVENC, so don’t expect 2x the rasterization performance.

For specs, Intel Iris Xe MAX graphics will include 96 EUs and clock at 1650MHz. Intel says it will use 10nm SuperFin lithography. This leads into Intel’s eventual discrete GPU launches, which will be targeted for desktop computers.

We spoke with a couple of AMD’s board partners about when their RX 6000 cards will launch. As you may have noticed with past Nvidia releases, Nvidia (currently) forces board partners to stagger their launches. This gives Nvidia a couple days to sell Founder’s Edition cards before partner cards hit the market. For the RX 6000 series cards, partners are looking at a general availability within a few weeks of AMD launching the reference models. Some partners anticipate availability after a week, while others told GamersNexus “within three weeks.”

Talking about the quantity of cards available at launch: in our RX 6000 coverage we posted earlier this week, we shared the answer that we got from AMD on the subject. They gave us a vague statement to the effect of “we’re doing the best we can to meet expectations.” Partner supply is dependent on the allocation of GPUs they’re given by AMD, so the feedback we’re getting from the partner companies varies. Some are saying that they’re no better off than they were with Nvidia 3000 GPUs, other companies are more optimistic, saying that they’ll be “fine.”

Because of this nebulous response, at GN, we’re going to hold off commenting on availability until we see things unfold; even then, our goal is going to be primarily to focus on product-level details, such as performance. Remember, reviews don’t change their accuracy based on availability, so whether the cards are attainable on day 1 or not, they will be at some point, and the reviews will help narrow-down which cards make sense once you can get one.

We’ll leave this section to the video only (timestamped 11:33). It’s a recap of some sections of our coverage of AMD’s RX 6000 announcements, which you can find here.

Following Intel, AMD recently announced its earnings for the third quarter of 2020. Surprising no one, AMD is reporting another stand out quarter, shaped by what is perhaps its most significant mobile portfolio in its history and strong semi-custom sales for next-gen consoles. We’ll have to wait for next quarter, or maybe Q1 2021 to see the effect of Zen 3 and the RX 6000-series, but both product lines should be strong drivers of growth for the company.

Overall, AMD is reporting a quarterly revenue of $2.80 billion; a 56% jump YoY and 45% QoQ. Again, this was primarily on the back of AMD’s Enterprise, Embedded and Semi-Custom and Computing and Graphics segments. Specifically, AMD’s presence in Microsoft and Sony’s upcoming consoles, as well as a record amount of mobile notebook processor shipments are the highlights for the quarter. AMD notes that it has also seen double-digit growth in mobile GPU sales year-over-year, thanks to the Radeon Pro 5000M in Apple’s MacBook Pro.

AMD’s gross margin came in at 44%, which is one percentage point higher YoY. Additionally, operating income for the quarter was $449 million compared to $186 million YoY. AMD’s Computing and Graphics segment revenue was $1.67 billion, up 31% YoY and 22% QoQ. AMD notes that this is primarily due to increased Ryzen processor sales, but also notes that the ASP for its client CPUs is down a bit, due to strong sales for its mobile CPUs.

Enterprise, Embedded and Semi-Custom segment revenue was $1.13 billion, marking a 116% jump YoY and 101% QoQ. Again, this thanks to AMD’s semi-custom Ryzen chips powering next-gen consoles. AMD’s semi-custom sales should remain extremely healthy over the next few quarters, as the Xbox Series X|S and PlayStation 5 get off the ground.

With Xilinx, AMD’s portfolio will now encompass CPUs and GPUs, but also FPGAs and adaptive SoCs, as well as bringing on Xilinx’s software expertise and engineering talent. With AMD’s MCM/chiplet module design it has embraced, it seems well positioned to leverage specialized FPGAs within its Epyc CPUs to offer specialized processing for certain data center workloads.

The deal is expected to close by the end of 2021, pending any regulatory hurdles the will need clearing. Until then, AMD and Xilinix will continue to operate as separate and independent companies.

Intel decided to offer a preview of its upcoming CPU architecture, Cypress Cove, that will underpin Rocket Lake-S. This is a bit odd for Intel, as it usually doesn’t offer these kinds of teases so far ahead of an official launch. Yet, the company is likely trying to steer some amount of the conversation back its way after Zen 3/Ryzen 5000.

At any rate, Rocket Lake-S looks to be a promising platform, albeit one that will likely remain on 14nm manufacturing technology.   -- a derivative of Intel’s Sunny Cove -- will mark the first S-series architecture shift since Skylake, and Intel expects a “double-digit” IPC increase. How that compares to the IPC increase Zen 3 will offer with Ryzen 5000 obviously remains to be seen.

Additionally, Intel looks to be leveraging one of its key advantages over AMD -- overclocking. In it’s press release, Intel mentioned new overclocking features, but stopped short of saying what form these features would take. Intel’s Rocket Lake-S will drop into Intel’s new 500-series boards (and existing 400-series boards) and should arrive in the first quarter of 2021.

22:35 | Zhaoxin Will Acquire More x86 IP from VIA Technologies

If you’ve watched our previous coverage of the Chinese x86 Zhaoxin CPU, then you’re likely familiar with the history behind VIA Technologies and Zhaoxin Semiconductor. This past week, it was reported that Zhaoxin would receive a fresh injection of IP and related assets from VIA to allow it to continue its x86 CPU development journey.

According to a statement (via Tom’s Hardware) "The company and its 100% owned subsidiaries Viabase and Viatech sell some chipset products related intellectual property rights (excluding patent rights) to Shanghai Zhaoxin Semiconductor in which Via has indirect shareholding of 14.75%.”

It isn’t presently clear what IP is being sold/transferred, but it appears that VIA will still retain the right to leverage that IP in the future as the sale doesn’t include patents, and will still remain in possession of the x86 license it acquired through Cryix and Centaur Technology.

While Corsair has had a few new products to announce recently, among the more interesting is an affordable CPU water block, likely aimed at attempting to make custom water cooling more appealing to those on a budget. Custom liquid loops -- even for just one component, like a CPU -- have tended to be cost prohibitive in the past, so an affordable water block that still uses quality materials is a welcome move.

Corsair’s new Hydro XC5 block is supposed to be a $60 solution -- with RGB, of course -- that is compatible with Intel LGA 1200 and 115X or AMD AM4 sockets. The XC5 does have a copper coldplate, so it hasn’t gone aluminum, and it also has 16 LEDs in different zones. It’s basically a cheap water block, and that’s the main claim to fame for this one.