If you’re trying to update your gaming equipment for Skyrim or Battlefield 3 and you’ve already built our $550 budget gaming rig, it might be time to look into new mice and keyboard options. Enter the Corsair Vengeance series, using the very same naming as their excellent computer memory. 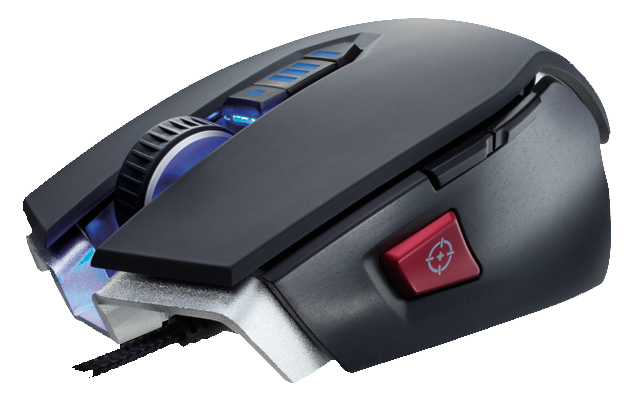 Corsair has taken a new approach with their mice by separately targeting FPS (faster response times from your mouse, which in turn equates to more headshots), RPGs, and RTS games (both of which feature more buttons).

With the M60, for example, a button on the side of the mouse comes ready to snipe an opponents head off during tense situations. The idea here is that when sniping, you often need to lower DPS (to accommodate for sensitive, long-range weaponry), whereas when you switch to your pistol or try to noscope, you will want higher sensitivity – an easy-to-access, thumb-located button is supposed to make this switch more fluid in high-tension situations. A Battlefield 3 player would greatly benefit from one of these, as you may recall many people still need to get ready for the tremendous power that this game will unleash, seeing as 84 % of players may not be ready on a hardware level, it'd be wise to start gearing up for its release ahead of time. 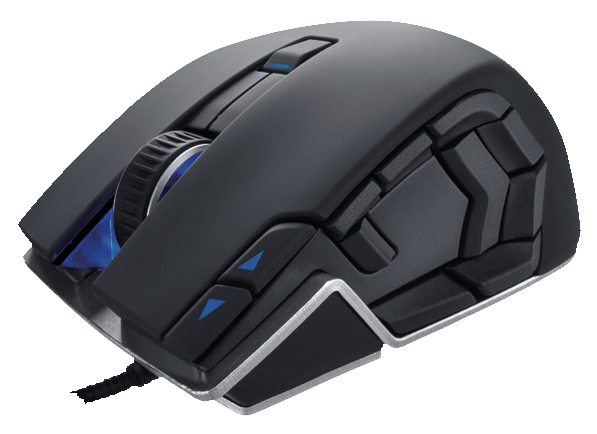 For those that are RPG or RTS players, you might benefit most from the M90, since it has many side buttons to which you could macro or hotkey commands (this would’ve probably helped a few people at MLG Raleigh, because we all know those pros need evermore APM).

Corsair's Vengeance line is not limited to mice -- they plan on releasing two keyboards and three headsets alongside the above products. 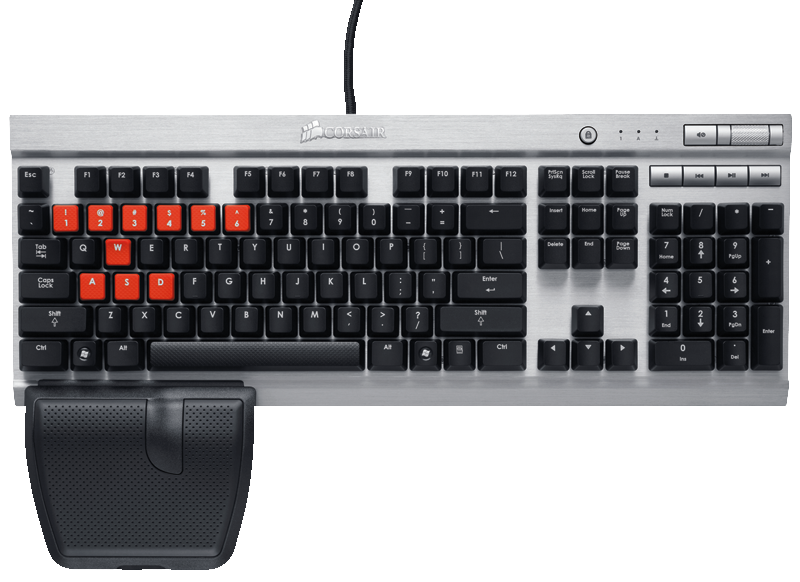 The Vengeance K60 is a more “shooter” oriented type keyboard, with features designed for FPS gamers.

Some of the features of the K60 include:

The keyboard itself comes with a palm rest for your left wrist and hand in order to maximize comfort while controlling your shooter, and hopefully, decrease any incumbent pain. There's also a USB port located on the back of the board, which could come in handy if your case doesn't make use of front panel USB ports. Additionally, W,A,S, and D keys come with textured tops for easy “touch and feel” recognition and durability. 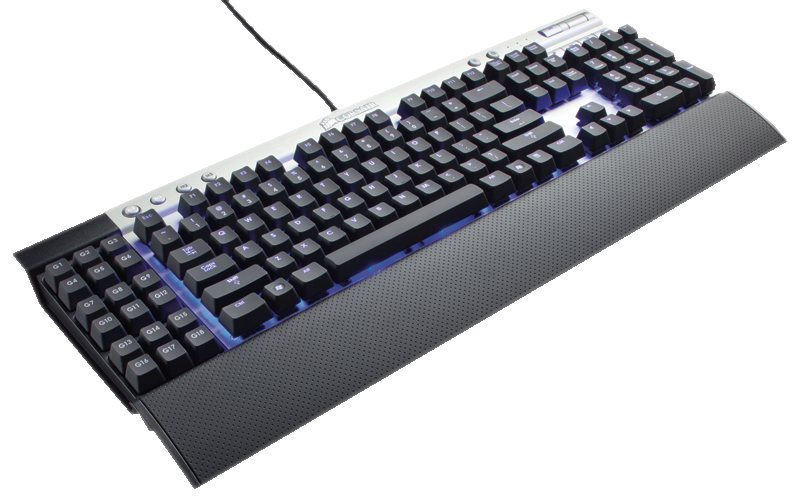 The K90 is a much more standard keyboard. Though it is advertised as an “MMO/RTS” keyboard, it seems hard to gear a keyboard's structure to favor playing an RTS over an FPS. However, there are other ways to make this more MMO/RTS friendly, and these were the features that Corsair included in this particular model:

- 2mm to actuation and 4mm to bottom.

- 36Kb of onboard memory for storing up to 56 different functions.

- Backlit keys with four illumination levels (off, 66%, 75%, and full illumination) selectable from the keyboard.

This keyboard has on-board memory (allocate up to 36Kb) to facilitate customization of macro profiles, allowing up to 56 programmable functions to be saved on the keyboard itself -- not the OS. This means they'll go with you to different computers with the drivers installed.

These peripherals do have some big numbers on their price tag, of course. If you don't plan on gaming heavily, or partaking in competitive gaming, then I'd go for cheaper peripherals. However, if you are made of cash and can afford to buy something like the Thermaltake Chaser MK-I LCS, then these would go great with your rig.

If you want more information on these, be sure to check out