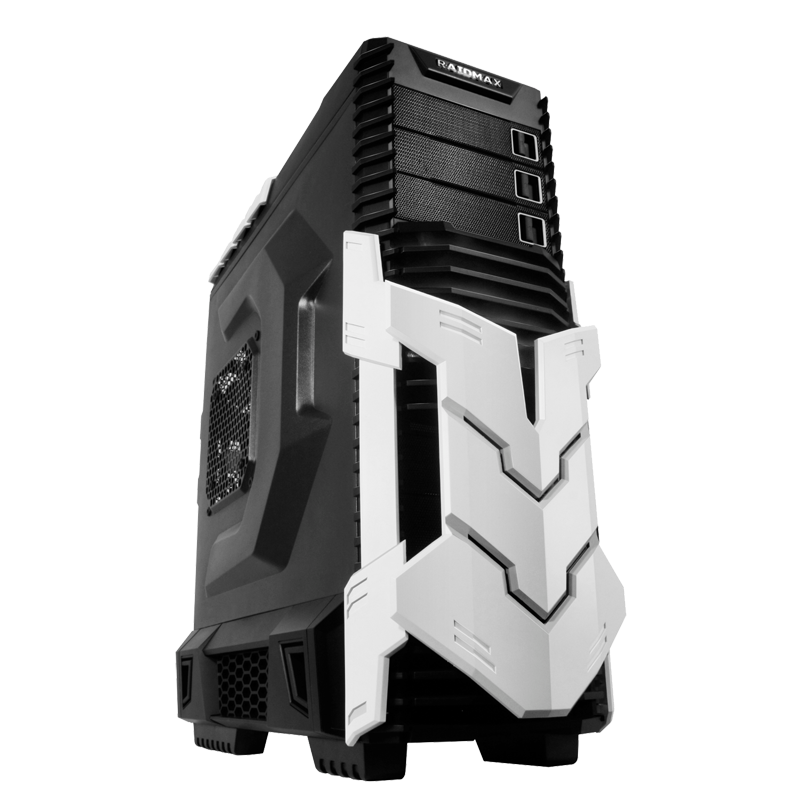 Gaming cases tend to follow iterative trends for each year: This year, that trend seems to be preferential toward bulky, boxy, edgy (literally), chiseled, fear-instilling exteriors. RAIDMAX took note of this, evidently, as their newest upper-range chassis takes the form of a Gundam mech on its exterior (perhaps a good case for a Hawken build?).

Our recent budget gaming PC build featured RAIDMAX's preeminent "Blackstorm" mid-range case, and as we've learned from that build, the company can pack a punch with the sheer amount of features included in their products.

The new Agusta case definitely has a gun-metal, deadly look to it -- the swinging front shield hides five 5.25" bays and cooperates with the supplemental LEDs to create an interesting color emission.

Let's take a look at the hard specs for the new RAIDMAX Agusta case:

According to RAIDMAX, their biggest focus for this case was its cooling:

With the separation of the HDD bay and seven fans in total, the AGUSTA is guaranteed to keep your system cool. The front 120mm LED illuminated fan is specially designed to blow directly on the VGA card. More fans helping to circulate air unobstructed through the top compartment include: dual top 120mm LED illuminated fans and a rear 120mm fan. In the bottom compartment, which solely houses the HDD bays, one front 80mm and two rear 80mm fans ensure optimal running temperatures for your HDDs and SSDs.

Adding even more cooling capabilities, the honeycombed ventilation design on the bottom compartment and the stylish ventilation area on the tool-lessly removable side panel lets excess heat easily escape.

But beyond that, there are other worthy features: rubber grommets protect numerous holes to help cable management and guidance, allowing a full 25mm of space behind the board for those fatter PSU cables (like the 8-pin). Somewhat interestingly, the Agusta case separates HDDs more thoroughly from the rest of the case -- they've shoved the HDD bays toward the bottom of the case and split the metal in between the HDD bays and 5.25" bays, permitting larger video cards and more focused cooling patterns. 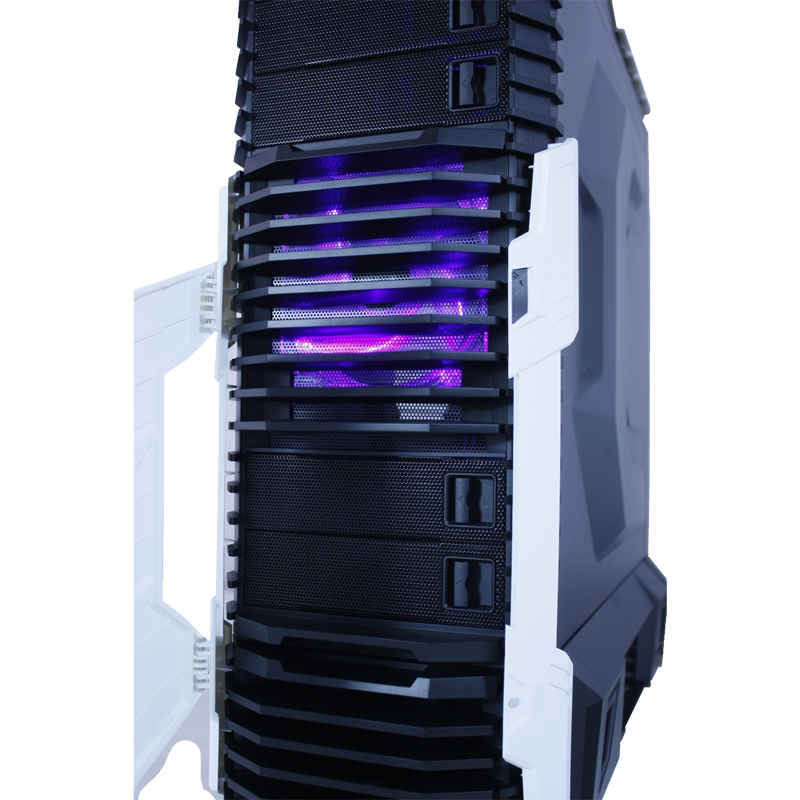 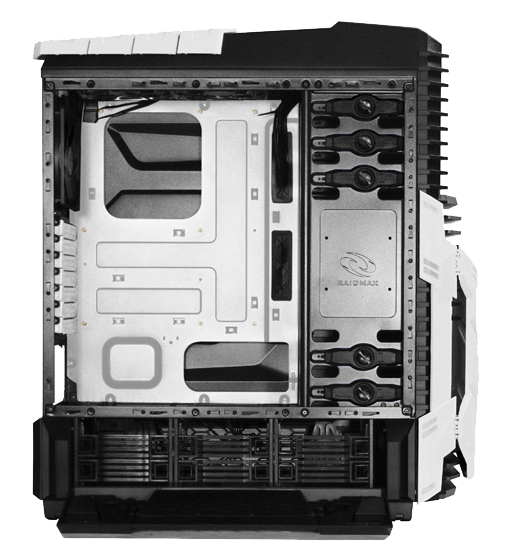 Here are the other specs and form factors:

We'll keep you posted on this one!

The case is currently aimed at a $130 launch. You can view more here: http://www.raidmax.com/chassis/agusta.html