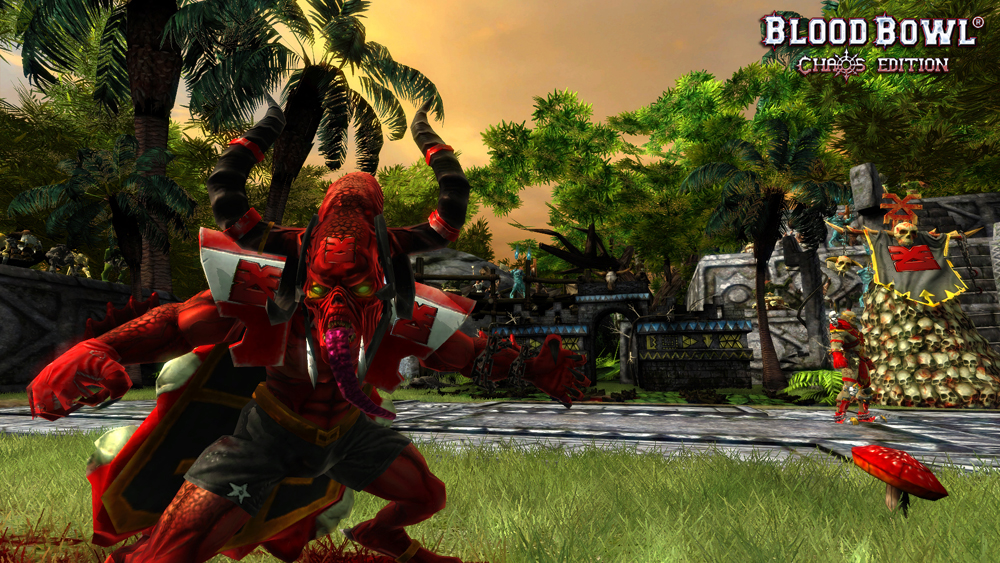 Blood Bowl's like football, except it's bloody, has fantasy races, legalizes curb-stomping the quarterback, and is actually interesting. It's been a while since our Blood Bowl: Legendary Edition review, where we looked into the franchise that throws cold-blooded murder, deceit, dark elves, dwarves, treants, and more into an arena with a spiked, deadly football (likely made of halfing skin), but now we have a new game to look out for: Blood Bowl: Chaos Edition. That's a lot of colons.

Below are several Blood Bowl: Chaos Edition screenshots for your viewing pleasure.

The new adaptation of Games Workshop's board game has unveiled a few screenshots of its September-targeting Chaos Edition; so far, we know that the Chaos Edition of the game will include the standard races and three new races, for a total of twenty-three playable, murderous ball-playing fantasy races.

The Chaos Dwarves, the Underworld Outcasts, and the Daemons of Khorne are all making their debut in Blood Bowl: Chaos Edition, alongside a new stadium, which was built in a tropical jungle by friendly Amazons and Lizardmen. 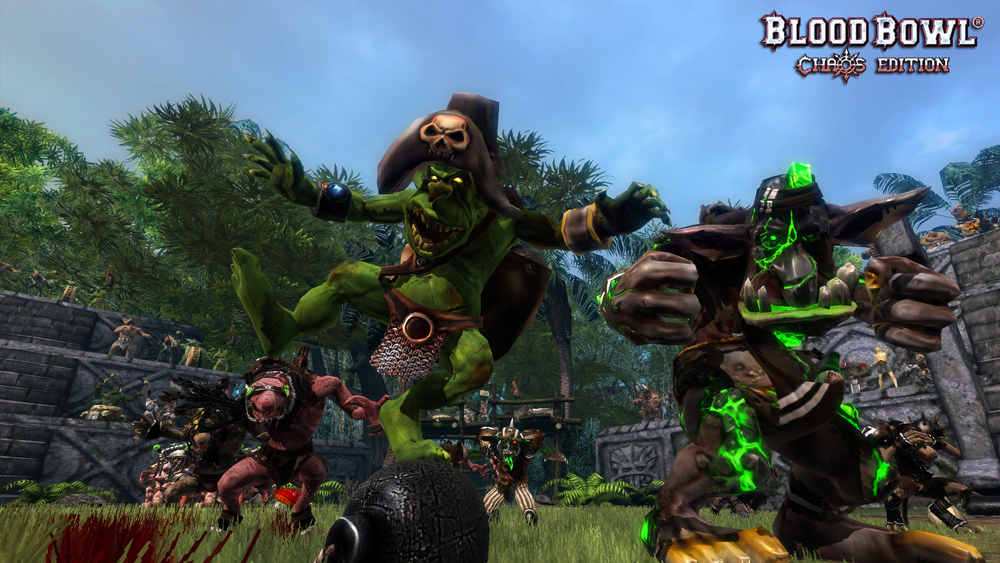 Just don't look at them or go near them. Or acknowledge them. That might make them angry.

The "World Championship" mode will now expand the solo gameplay of Blood Bowl, involving a quest from national qualifiers to continental cups and, eventually, the final tournament. Multiplayer will still be available and ready to go, as always, but will also have more focus on global ranking systems. 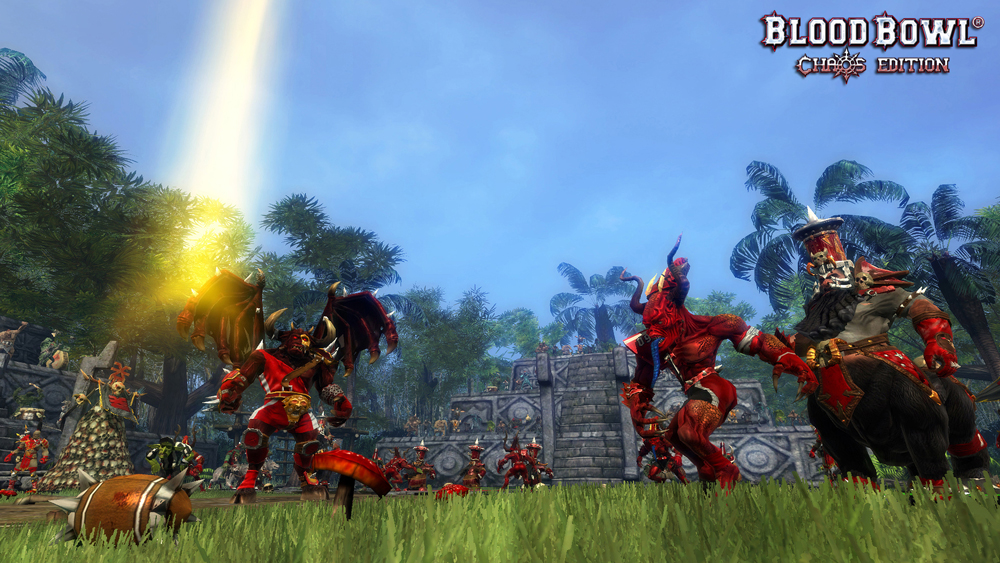 Aside from the above Blood Bowl: Chaos Edition screenshots, we'll keep you updated as more info is revealed!