Let's hit the hard specs of this new graphics competitor:

Nvidia stresses a marketing focus on taking advantage of Dx 11's capabilities, including Dx 11 tessellation and the use of TXAA (see the slides below). Other Kepler cards are also capable of these advancements, of course, but the 660 Ti is one of the first cards to offer the level of performance it boasts at a $300 price.

Take these relative performance charts with a grain of salt as they were created by nVidia and are, no doubt, tested with some bias, but they still give a good foundation for the 660 Ti.

All of nVidia's tests were run with the following hardware:

The game settings for the games listed are as follows: 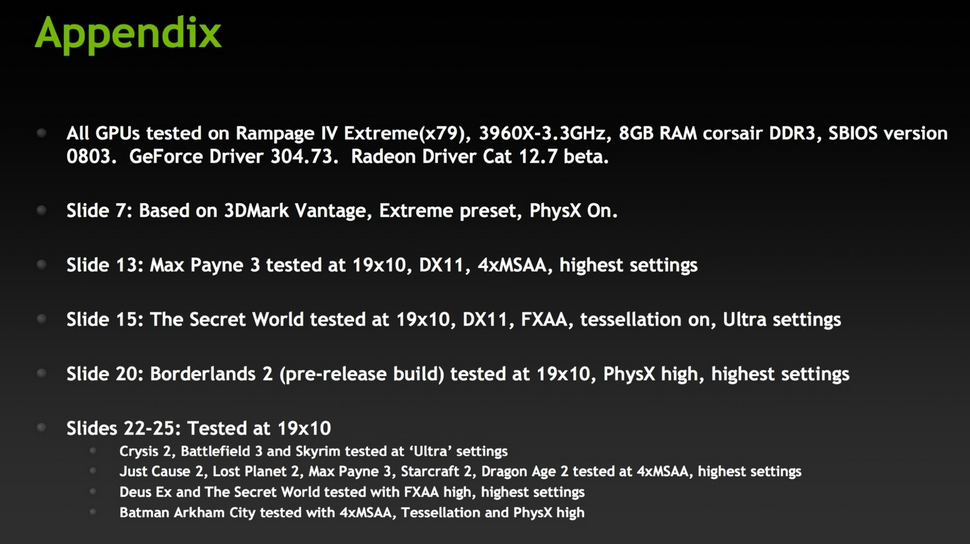 This chart features an older card in the Fermi line - the GTX 470, which is still being used by upwards of 4.92% of gamers on Steam, according to the hardware survey, making it the second most utilized Dx11 GPU.

The 560 Ti held a small performance advantage over the 6870, in some instances, so if the last generation is any precursor to now, the results aren't too surprising. At best, the GTX 660 Ti performed nearly 1.4x better (in FPS) than the 7870 in The Secret World; approximately 1.2x better in Battlefield 3 and Crysis 2. 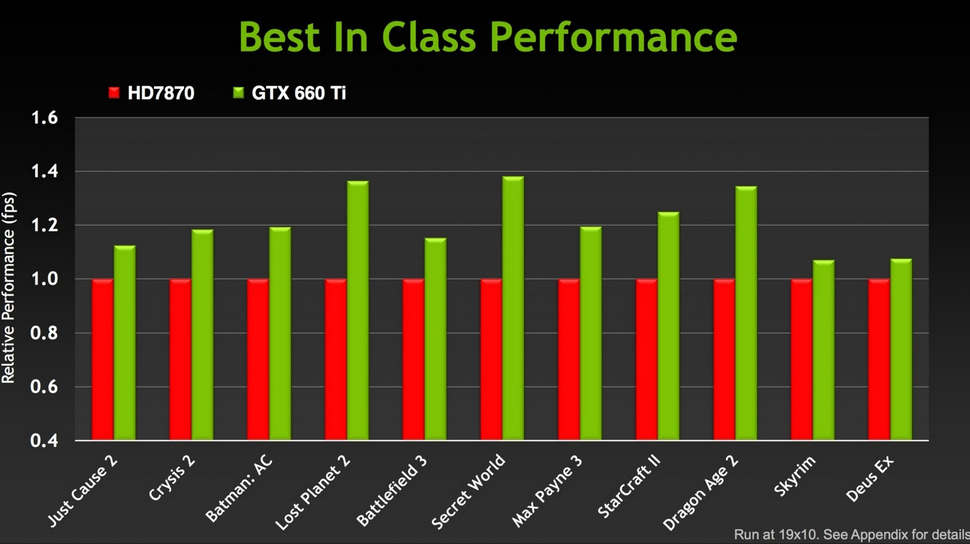 Using the same games as listed above, nVidia ran a similar test between their 660 Ti and the HD 7950. Again, keep marketing bias in mind when reviewing this information. 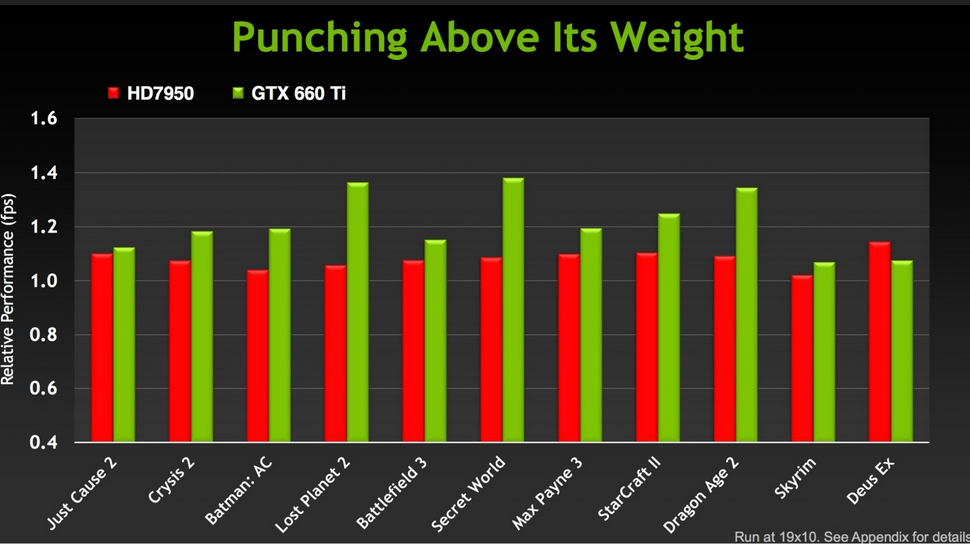 To flex their wattage efficiency muscles a bit, nVidia also released this graph -- for reference, the HD 7950 operates at around 200W; the 660 Ti is marketed at 150W. 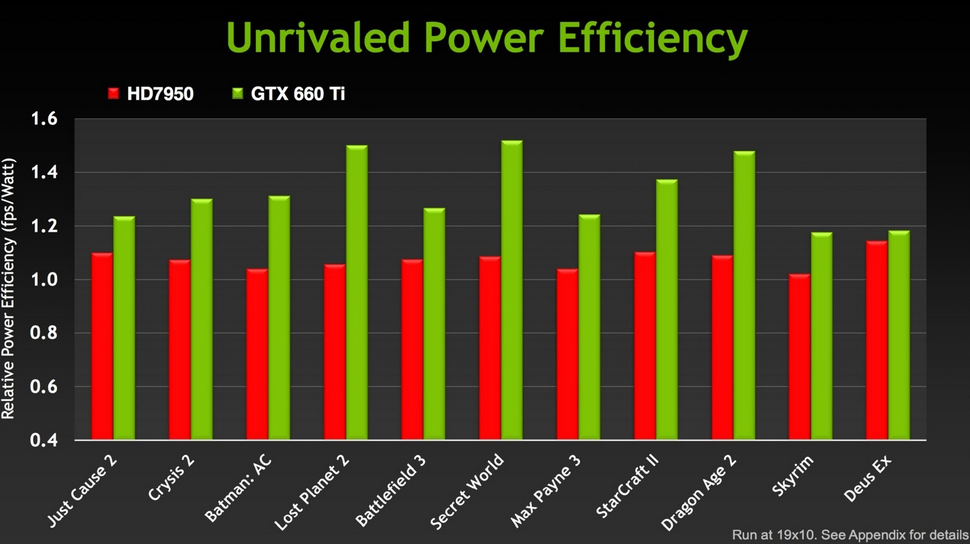 While we haven't had a chance to benchmark the new addition to the Kepler family, the team over at TechPowerUp have. Here's what their real-world bench in Metro 2033 found:

Our thoughts on all this? It's certainly shaping up to be a great card for the gap -- we've been waiting for that $300 price range to be filled with a powerful current-gen card for a while now, so hopefully this is it.

Have questions about the GTX 660 Ti? Post them below and we'll make sure they're answered.