Noteworthy elements of the 660's specifications include its high video memory capacity - 2GB, which seems to be the industry's new targeted average - its 144GB/s memory bandwidth, one of the most important elements of GPU specs, the reasonable amount of CUDA cores, and the price.

The 660 and 660 Ti fundamentally operate on similar hardware, though the GTX 660 is outfitted with fewer CUDA cores, resulting in less overall computational and processing power. As an aside, the 660 (no Ti) requires only one 6-pin power connector (it is also limited to two-way SLI). Both the Ti-version and non-Ti version will operate at ~150W TDP, so if power is a concern, there is really no reason to opt for one over the other -- the GTX 650 is much lower power (discussed below), making it a reasonable choice for those concerned with wattage draw.

In an official article, nVidia said: "The GTX 660 Ti is on the cusp of 'high-end,' offering a level of performance higher than that of last-generation's flagship GPU, the GTX 580, for $100 less than the GTX 670." 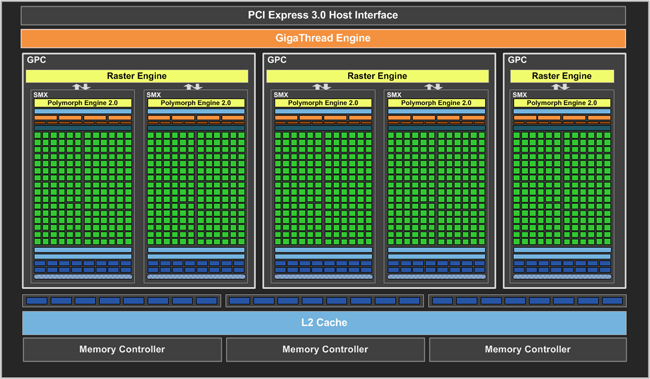 This block diagram of the new GK106 Kepler chip reveals the 960 CUDA units powering the GPU. Not sure what this means? Read this article.

The GTX 650, on the other hand, follows up on a level of affordability that the GTX 550 Ti previously offered; at ~$110, the GTX 650 operates at an extremely power-conscientious 64W TDP (perfect for those of you with gaming HTPCs in mind) while still offering a reasonable level of gaming power, though not quite enough to punch through the medium/high barrier on more graphically-intense games.

In nVidia's Relative GPU Performance chart, though, the GTX 650 looks to be about on-par with the GTX 550 Ti in a synthetic benchmarking environment: 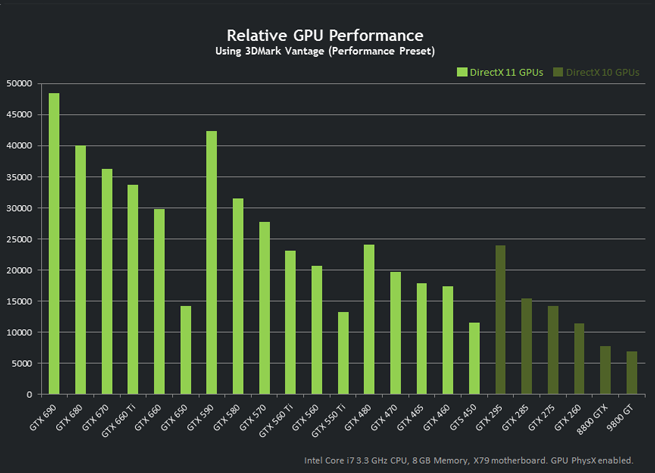 The GTX 650 makes for an excellent entry-level GPU for budget-friendly systems, though we won't know whether or not it'll outperform the ever-loved 6850 and 6870 until we get a chance to benchmark it. AMD, of course, is also working on its new low-end cards -- and AMD has a habit of offering the best sub-$170 cards out there. We'll see if that continues.

For those considering an upgrade from older generation cards - especially those of you operating on GTX 2XX series cards (or older, like the 8800 and 9800 days), which Steam's Hardware Survey reveals is quite a few of you - the GTX 650 should certainly be on the shortlist. Nvidia has put up an interactive comparison ("drag to compare") between the GTX 650 and GeForce 9500 GT, found here. This comparison is far from linear, though, as the GT 9500 has never been a particularly stellar card to begin with, so please bear nVidia's inherent bias in mind when viewing the comparison (the graphics are also obviously lower on the 9500, since it can't handle higher settings without stuttering).

Nvidia ran in-house tests to benchmark card performance on each of these games (and many others), and has revealed that even the GTX 650 is capable of playing Battlefield 3 at 40FPS on medium settings (with 1920x1080 resolution and 4xAnti-Aliasing / 16xAnisotropic Filtering). You'd probably be able to push the 'high' threshold for Battlefield 3 and still achieve 30FPS, which is plenty playable, though it will take some tinkering with settings to get it perfect. 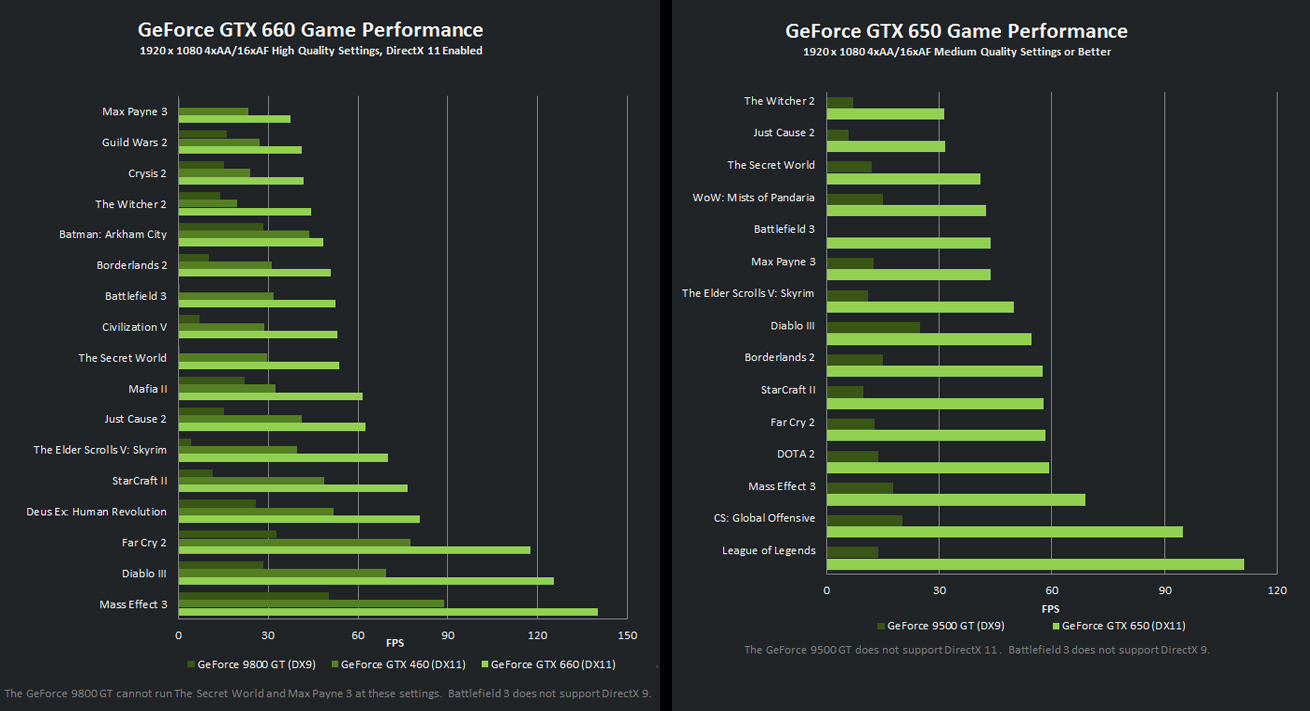 The GTX 650 is still pending for benchmarks, but you can find full reviews and benchmarks of the GTX 660 on both Anandtech and Bit-tech.

Have questions? Ask below!