Ultrabooks: You’ll be seeing more of them, just you wait. As mobile processors continue to adopt powerful integrated graphics chips, as we've seen in AMD's Trinity and Intel's 3rd Generation CPUs, portable equipment will be more viable than ever as mini-gaming platforms. A recent study by NPD DisplaySearch predicts that ultrabook sales will skyrocket in the coming years, despite a rocky and dissatisfying initial reception.

Gaming is starting to shift to portability. This is the first time that 'true' PC gaming could be handled on such small devices -- ultrabooks, tablets, and smartphones are all now capable of more than just 2D platformers. Infinity Blade was the first major example of mobile prowess: Infinity Blade pushes the limits of what a smartphone or tablet can do; it looks stunning and unveils where mobile gaming is headed and what we can expect for the future. 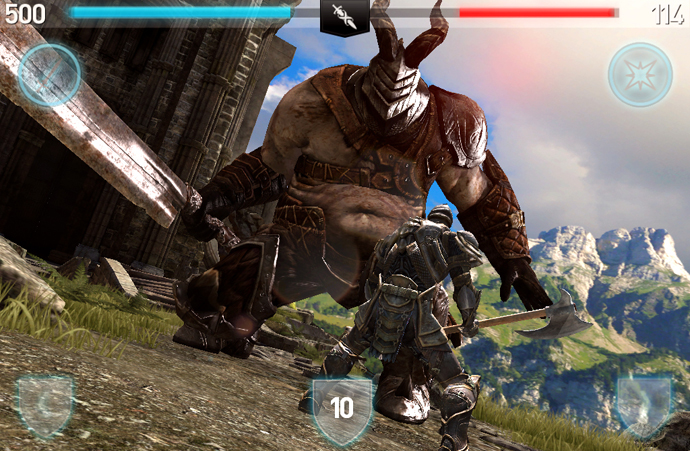 Ultraslim PC sales have thus far proven disappointing -- they just haven't been mainstream or exciting enough to appeal to the average consumer, and haven't been powerful enough to appeal to the gaming enthusiast. Why, then, are they expected to jump from sales of 3.4 million to 65 million by 2015? According to NPD DisplaySearch's analysts, ultraslim PCs are going to ride off the momentum generated by tablets -- Google's impending $100 Nexus will certainly be a start. Laptops still serve a purpose, and even though tablets make great toys, touchscreens can just be too clunky for certain applications.

"I'm a gamer -- why should I care? There are already good gaming laptops."

The problem with Ultrabooks, until now, has been the trade-off between battery life/size and power; they've been phenomenally long-lasting and extremely small (Intel's requirement for the "Ultrabook" label is 21mm for 14" displays). That said, they've lacked the kick required for much more than movies and lite games. Intel’s current high-end Ivy Bridge CPUs can run almost any game on low or medium settings with Intel’s HD4000 IGPs, and as we continue to see Ultrabooks phase out Sandy Bridge (Huron River Ultrabooks), adopt Ivy Bridge (Chief River Ultrabooks), and eventually see wide adoption of the upcoming Haswell processors (in Shark Bay Ultrabooks), gamers can expect some serious power in those 21 millimeters.

Ultrabooks will increase both battery life and gaming ability with Haswell's launch next year, which will be a tock in tick-tock cadence. It’s expected to double the graphics performance when compared against Ivy Bridge’s HD4000 IGP.

Haswell will also have a decrease in power consumption from Ivy Bridge’s 17W to about 10W (as low as some Atom CPUs), which is achieved in part by merging the PCH with the CPU. The power decrease should allow for a nine-hour battery life, assuming a standard Li-Ion battery. 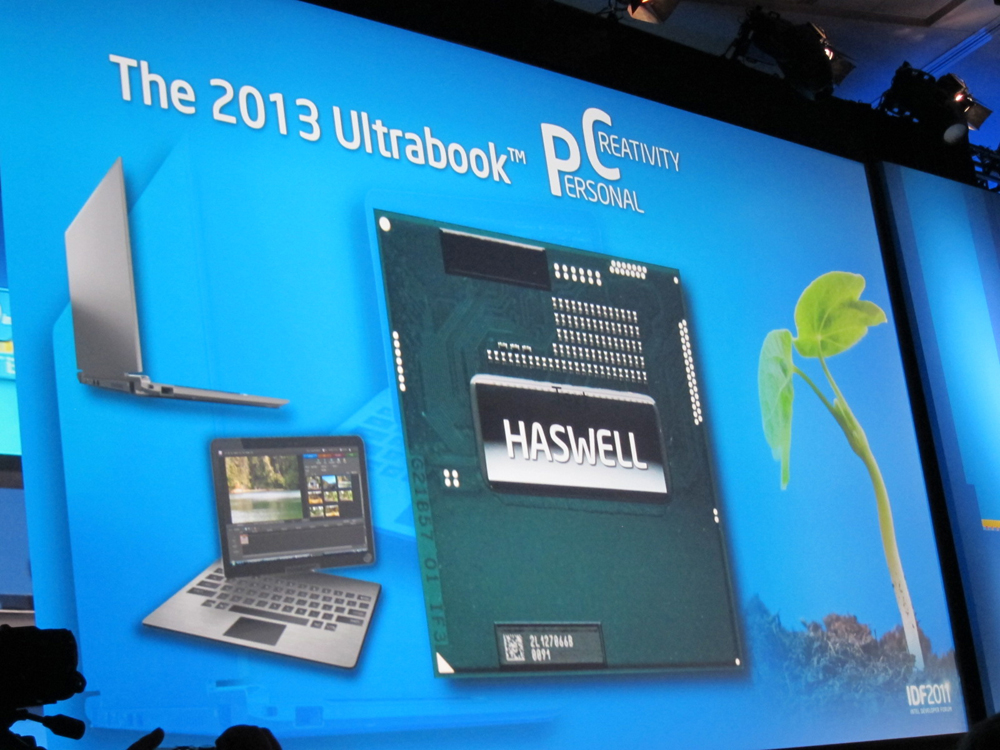 Intel has been talking up Haswell in Ultrabooks since IDF 2011

Give me specifics: What games can Ultrabooks run?

Game developers have begun optimizing their games for entry-level IGPs (see our technology interview with the BlackSpace devs), meaning more widespread support. Here are some facts:

With Ultraslim PCs inherently shifting toward higher-geared graphics abilities, gamers who want portability will no longer have to settle with a bulky gaming laptop. That's the key advantage. If you do want to get into Ultrabook gaming and can settle for the lack of ability to upgrade or customize, make sure you select Ivy Bridge or, if you can hold off, Haswell.