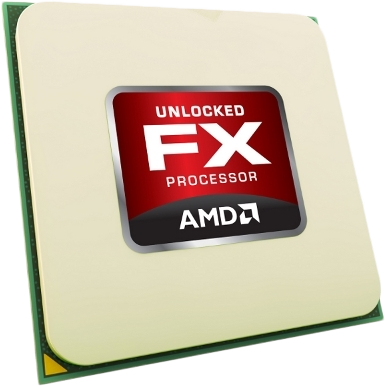 An unnamed source recently informed Reuters that AMD is to experience layoffs "close to a range of 10 percent to 20 percent" of their global workforce. Other news agencies have reported 20-30 percent. If these reports are true, it won't be a first for AMD; the company previously cut 10 percent of its workforce in November 2011, and as of February this year, was resting at just under 12,000 employees.

With thousands of employees potentially at risk of losing their jobs -- including those in engineering and marketing positions -- we can clearly see that AMD is no longer the competitive powerhouse it was in the Athlon64 days. In fact, AMD warned investors about its Q3 revenue showing a 10 percent decline, previously forecasted at 1 percent.

The large drop in revenue was "due to weaker than expected demand across all product lines, caused by the challenging macroeconomic environment," reported AMD. The recent surge in tablet and mobile interest could be a catalyst of this decline.

The announcement, which noted that impending product lines could be impacted by the layoffs, rapidly spooked investors, causing a 42 percent decrease in AMD's stock. This brought their share down to $2.78, a three-year low. Intel's stock wasn't immensely affected by the decline in the PC market, but has been in decline since April. Intel, though, is a much more resilient company than AMD because of its significant lead in the market; at the time of this article's writing, Intel's market cap is about 56 times higher than AMD's.

Not all hope is lost, of course. AMD has been working to redefine its niche in the processor ecosystem since early this year, and the company continues to produce cheap, entry-level CPUs and powerful CPUs with integrated graphics, such as Trinity. Trinity actually soundly bests Ivy Bridge in IGP performance, as seen in the included graph, however, AMD can't quite match-up clock-to-clock with Intel's 3rd Gen CPU performance. With this understood, though, AMD's CPUs have been known to be competitively-priced and are often more than enough for lightweight gaming systems, as we've pointed out time-and-again. 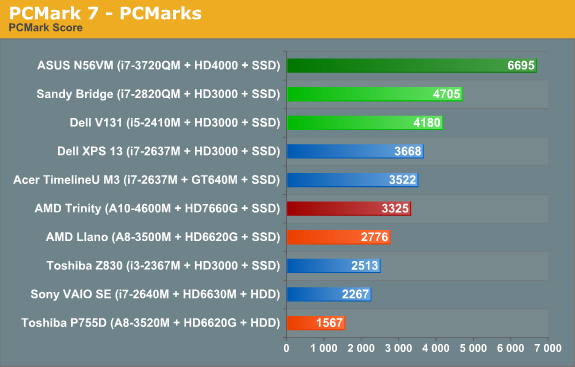 Although the days of AMD competing directly with Intel are long past, AMD looks to become the ruler of its own domain, specifically entry-level CPUs and integrated mobile processing chips. Assuming ARM doesn't start challenging AMD in the low-end desktop market, the company seems like its current product offerings are directed and cohesive.

AMD's GPU offerings are still quite competitive in a dollar-for-dollar scenario, and have been since last generation (as seen in our price-to-performance comparison).

What led up to AMD's current position?

AMD was looking strong in 2006; it looked like AMD could eventually match Intel with its faster chips and their impending acquisition of ATI. The announcement of Fusion, the first AMD-ATI collaboration, and the release of Barcelona architecture didn't go so well. Continual product delays, issues with manufacturing process, and technical glitches made short work of the initial hype. The chips, when released, were met with critical response due to lackluster performance, as caused by internal buffer flaws.

The chips were fixed in April 2008. During this time, Intel released its Nehalem microarchitecture, and the rest is mostly history. AMD took 3 years to respond in force with its much-hyped Bulldozer line, but unfortunately for AMD, Bulldozer was another major engineering misstep and couldn't deliver on marketing promises. Its performance was depressingly underwhelming and the chips were clear losers when compared to Intel's 2nd Gen. CPUs, Sandy Bridge. AMD's disastrous luck paired with its continually poor corporate leadership had the potential to be the nail in the coffin, but the company has persevered to today.

As for whether AMD can stabilize in such a volatile marketplace - either by carving out a new niche in mobile computing or by reinvigorating their desktop line with Vishera/Piledriver, we'll soon find out. Things don't look so good at the moment.

Here's hoping AMD can get its act together.