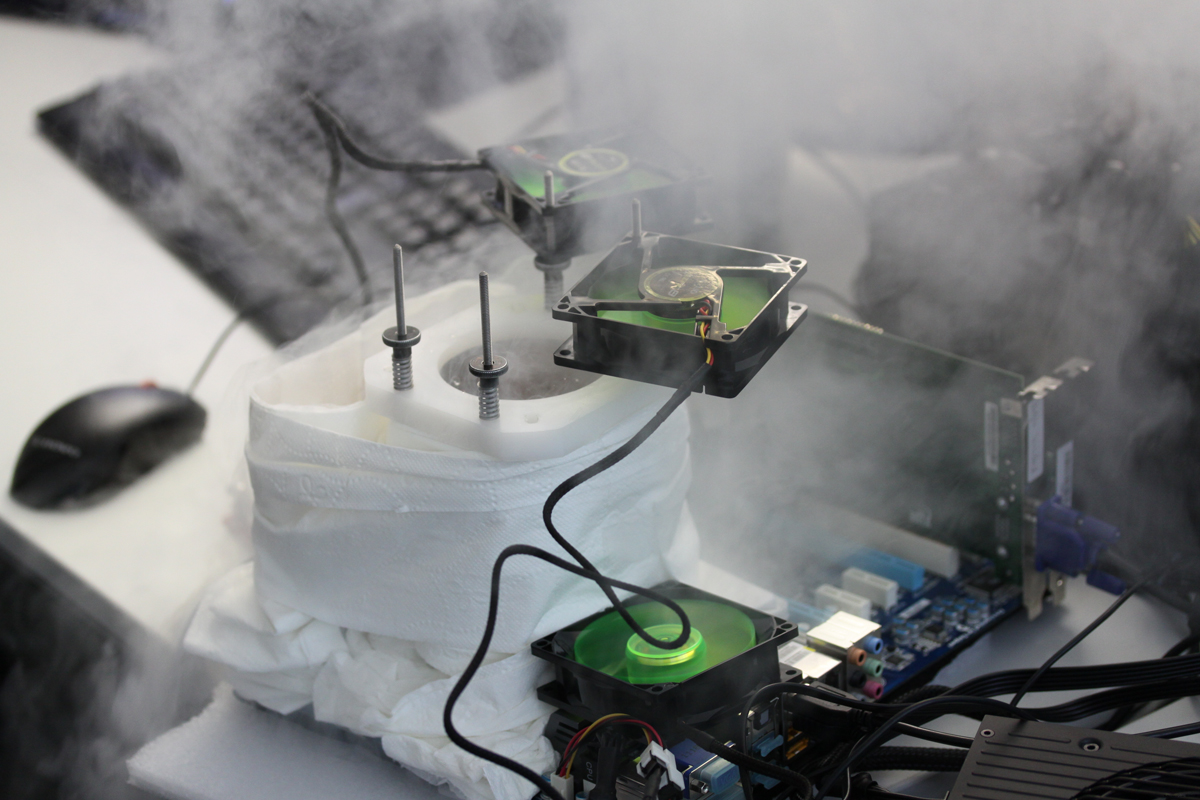 The score was entered on November 12th, putting Christian Ney not only at the top of the DDR3 SDRAM category, but the global category as well. Fellow user Hicookie, who entered on November 8th also using TridentX, has already been pushed down to 11th place–a testament to how competitive the overclocking world can be (although G.Skill implies that Hicookie held the world record earlier, there are entries older than his which place higher.

Hicookie ran 8GB of CAS 13-13-35 TridentX DDR3 SDRAM at 1676.9MHz, for an effective clock speed of 3353.8MHz. For those unfamiliar with how the effective clock speed is achieved, it's pretty simple: DDR (double-data rate) memory transfers two bits per clock cycle -- the actual frequency of the clock is 1676.9MHz, but the effective rate can be interpreted as 3353MHz (two times the base) due to the extra bit-per-cycle. 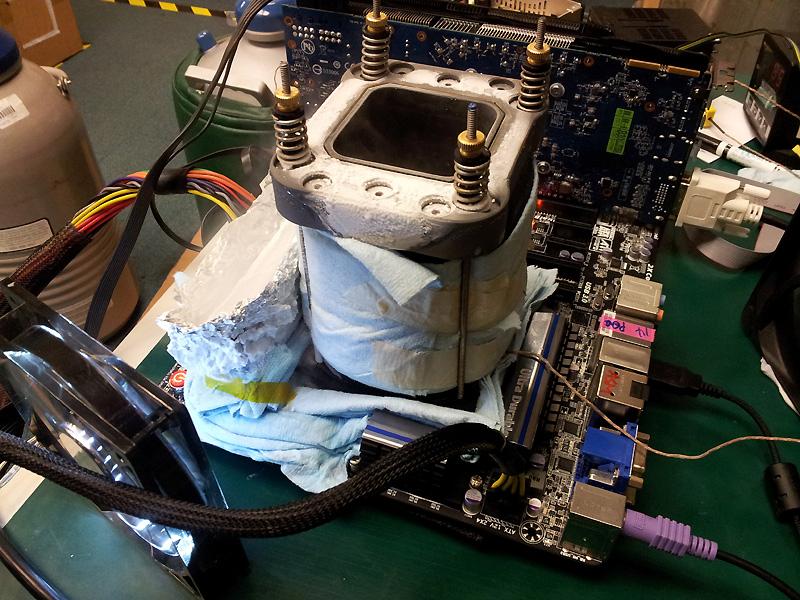 This was achieved on a Gigabyte Z77X-UD4H motherboard (not yet available for retail purchase) with a Core i7 3770K Ivy Bridge CPU (full specs here). He describes his cooling system rather simply as "liquid nitrogen," which hardly does justice to the mound of aluminum foil, toilet paper, and masking tape covering his CPU and RAM, or possibly CPU and rectangular burrito. Mmm, toasty.

Christian Ney, however, used 4GB of CAS 14-14-36 TridentX to reach 1950.3MHz (effective speed 3900.6MHz), and Gigabyte's GA-A75-UD4H motherboard with an AMD A8-3870K Llano APU (full specs here). Ney was more descriptive of his cooling system (displayed in this post's first image), describing it as liquid nitrogen with "toilet paper all over." Despite enough liquid nitrogen to cover the board in a layer of freezing mist and the valiant efforts of the fans scattered over the setup, the "CPU died after [two six-hour bench sessions]" – but hey, it got to help set a world record before it died.