After breaking news on Rosewill's R5 gaming case earlier this year (and later reviewing it), we've been hard-pressed to find a better cost-to-performance deal out there. The R5 is now in the ballpark of $70 ($20 lower than when we discovered it), and is one of the best cases on the market for the price.

GN's Hardware Editor - Patrick Stone - and I will walk you through this one. As experienced testers of Rosewill products, we felt it'd make the most sense to work together on this unveil/impressions post.

To fill-out their product coverage, Rosewill has now unveiled their ARMOR Evolution model -- a mid-range, affordable gaming case promised at $120 MSRP, though we've been told that "the street price might be below $100 soon" by our Rosewill contact. At $120, I'd probably point you toward the Thor V2 (also by Rosewill), but any less than that is a fantastic deal. Here's what we're looking at for specs: 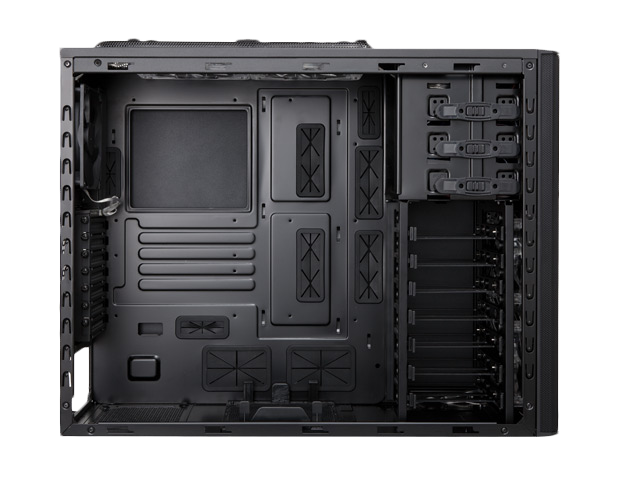 We're awaiting a hands-on copy for review purposes, but until that time comes (probably soon -- though CES 2013 is rapidly approaching), let's just look at this from a hard specs perspective. The case ships with five reasonable fans: 2x120mm front (intake), 1x120mm top (likely exhaust), 1x120mm rear (exhaust), and 1x230mm side (intake). There's little else out there in the $100 range, if our contact's information holds true, that can compete with that amount of cooling. On the cooling front, the case also has three liquid cutouts for open loop routing (fairly standard these days), so entry-level liquid loops won't be a problem. There are no fan speed controllers that we've been made aware of, so that is one feature that's a bit lacking (especially matched against the R5, which has a decent controller).

Rosewill's Armor Evolution uses what is a fairly standard mesh/grill paneling for all the fan bays (NZXT's Vulcan uses a similar material) -- this material is beneficial for airflow, but does not contain noise very well. If you're after a silent case, it's best to look at enclosures without grills that use sound-dampening materials on the inside walls. 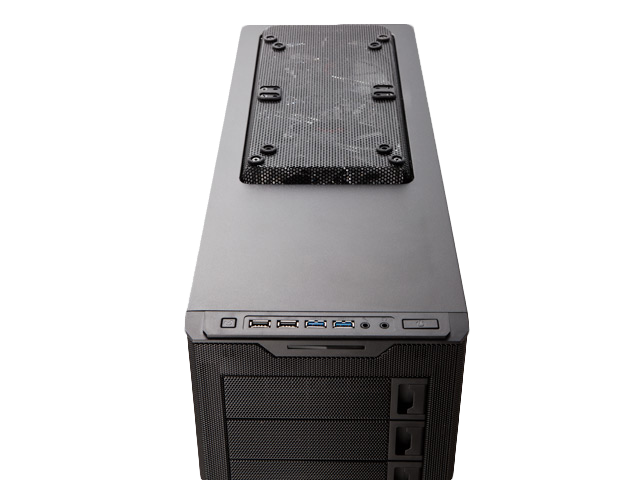 If it hasn't become obvious, cable management is the "thing" that everyone does these days. Rosewill's Armor Evolution comes with nine cable routing cut-outs (grommeted) in, from what we can see in the photos, what appear to be reasonable locations. Easy access for VGA power, main power, EPS12V, and SATA. The ninth hole is a bit harder to see, but it's in the left side of the motherboard wall (near the rear fan). I'm not sure how that positioning will work with regard to passing the EPS cable through (seems like I/O would get in the way, no?), but my immediate instinct is to route the fan cables through it before mounting the motherboard. If that's its purpose, then I'm a fan. Heh. Sorry. But seriously, using custom fan controller panels sort of sucks when you have to run cables across the top/back of the case, so it may be a good solution to that.

The Armor Evolution also has a few dust trays, though aren't much spectacular. 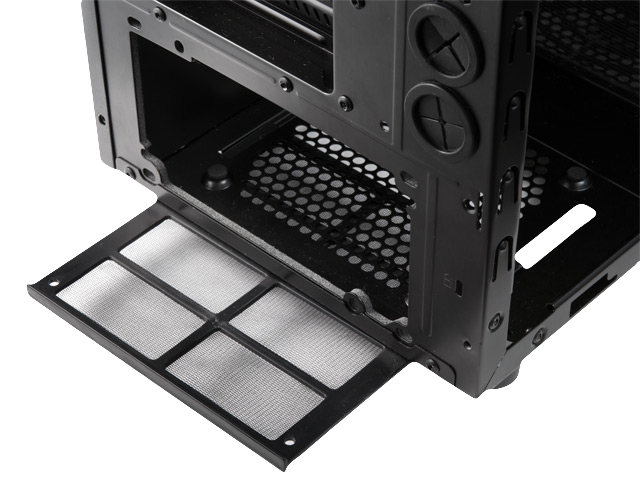 One of the more noteworthy specs is the Armor Evolution's compatibility with E-ATX motherboards, a form factor common among overclocking-spec boards (like ASUS' Maximus series, for instance). This speaks to the form factor's market penetration and offers upper-crust system builders a cheap case for the specs.

We'll keep you updated with our thoughts once we've had some hands-on time with the case.