As all the digital distributors try to finish off the year with a high-yield sale, we're seeing fierce competition between competing game distribution outlets. Contrary to popular belief, Steam is not the only digital distributor -- there are several other excellent game download services (Good Old Games, Amazon, and Desura, to name a few), so we've done the hard work and rounded up all the different sales on different sites. It's up to you to decide from whom you buy your games, but this should help eliminate some of the footwork.

We've been fans of GOG since it was in early beta -- although initially selling primarily older games, Good Old Games has now expanded its stock to include several new games (and new old games). GOG has a strict "no DRM" policy and also ensures that older content is forwards-compatible with modern operating systems, so no need to worry about nasty SecuROM or Win98-only games.

This sale lasts until January 3rd, 2013 and includes 457 games. Here's what we think is well-worth your money and time: 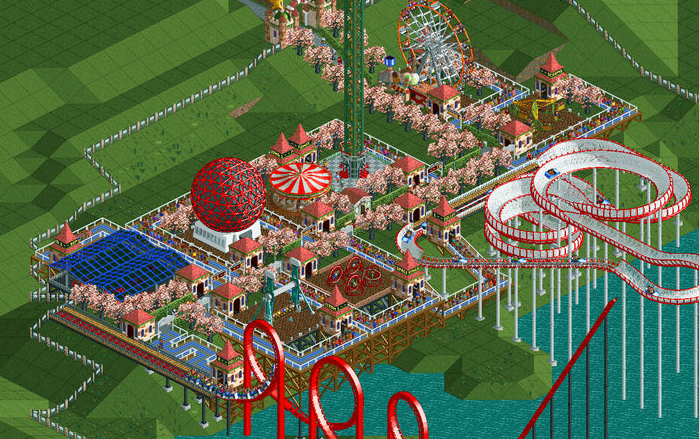 Ah, Rollercoaster Tycoon. Little competes with my memories of picking up visitors to my theme park, dropping them into an inescapable prison, then charging $20 to go to the bathroom and $10 for a drink. Oh, except my memories of building death-coasters that hurtle visitors into the side of mountains. Or the time I built a ride that exceeded human G-force limitations. Oops.

Mechanics-intensive players who love city builders and more casual games should absolutely pick up the Deluxe pack of RCT -- it's a good sale and I very readily endorse it (and still have the original box on my shelf).

It's an old game, but alongside Poseidon and other games of the era, can be as easy or challenging as you make it. The game focuses on creative elements and encourages imaginative prefab placement for your theme parks, but also includes mechanical challenges (like making enough money to stay in business) that keep things interesting. It's very easy to get lost in your own park. I have to be honest: I have a bit of preference toward old games due to, of course, nostalgic reasons, but at a couple bucks for the Deluxe, pack, it's worth a recommendation. 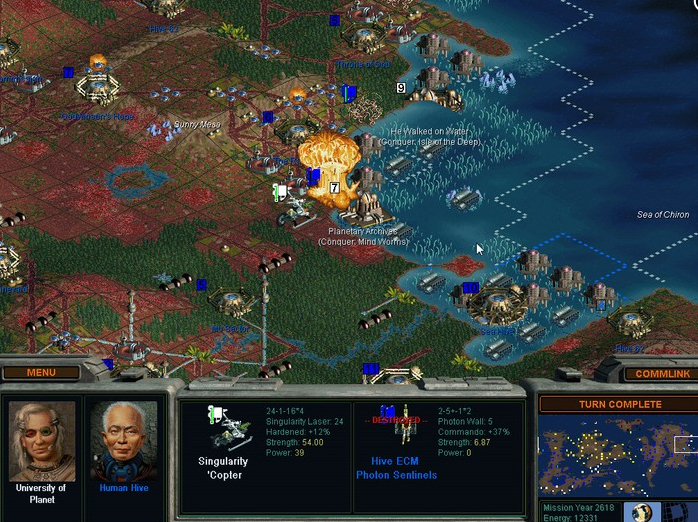 This one's a more strategic game, taking city-building elements, strategy gameplay, and 4X-style conquest to create one of the best space/planet colonization games ever made. Alpha Centauri markets itself as a "spin-off of the Civilization series," though is an entirely new game (with similar mechanics, mind you) that enables custom unit design, alien encounters, and alien planet colonization and exploration. 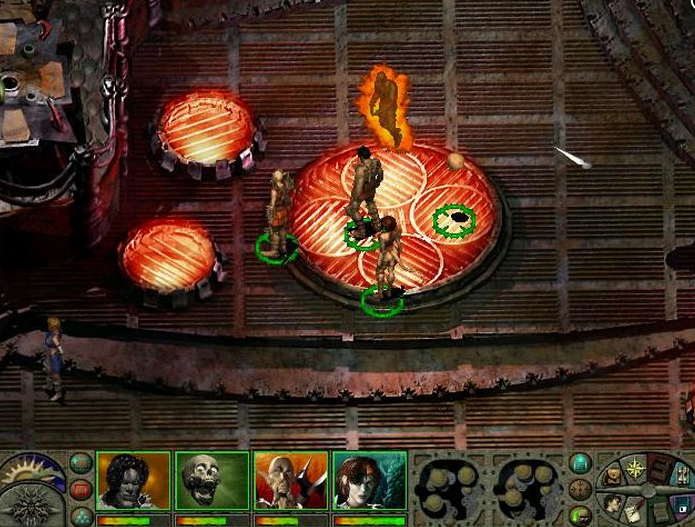 Planescape Torment broke expectations of its era's cRPGs with its (for the time) amazing graphics, story, and gameplay. If you don't need the latest in graphics technology and are more concerned about the experience and story, Planescape Torment is easily a must-play RPG from the teenaged years of PC gaming.

The game boasts 5,000 pages of complex dialogue interactions, an enormous landscape, and a deep, player-involving plot.

In addition to the above, you may also want to look into these options (sorted by genre):

All the controversy and hate aside, EA's Origin is a service that does have some legitimately good discounts on big-name game titles, especially those that require Origin to play.

Origin is currently offering 50% off of 100 game titles, but we'll stick to the short list of the best. Hit this link for the full list of deals.

Marked down from $40, Origin's offering Battlefield 3 at half-price for the duration of its holiday sale. The game has served as one of our best benchmarking tools for our gaming PC builds and, as a bonus, has some decent gameplay for FPS fans. Considering you'll need Origin to play Battlefield 3 in the first place, it's not a bad discount. From a hardware perspective, the game uses some advanced rendering techniques that are excellent for pushing GPU limitations, but can also be heavy on the CPU-side for physics computations, making it a fun tool to test PC performance.

If vulgarity, crude humor, and city-obliterating rampages don't offend you, Saints Row: The Third is currently offered at $25 on Origin. The game is similar in playstyle to Grand Theft Auto, but even more ludicrous and slapstick than the famous GTA series. The co-op gameplay is what really makes the game worthwhile, though. Nothing more entertaining than throwing C4 onto your buddy's forehead and sending him into a pack of popo and rival gangs. (Sorry, Bob).

With a total PC game selection of nearly 21,000 games, Amazon is indisputably the largest distributor out of everyone on our list. In fact, despite the fact that a lot of the games they're selling are via Steam code or Steam activation, the prices still beat-out Valve in many instances.

Yes. $5. You'll get a digital download of both Bioshock and Bioshock 2 for a few bucks, just in time for the impending Bioshock: Infinite release (Q2 next year, probably).

After originally covering FORGE in our Greenlight Spotlight series, we've followed the game's progress and release fairly closely. With some serious action-RPG fantasy combat in a competitive, FPS-like arena, the game makes for a fun twist on competitive RPGs by eliminating traditional levels in favor of skill. The Amazon sale includes two copies of the game.

R.A. Salvatore, famed author of the Drizzt books, helped contribute to Kingdoms of Amalur and its recent release. With only a few months under its belt, the game is now being offered at 80% off on Amazon for a final price of $12. It's a story-driven action RPG that's penned by one of the world's best fantasy authors, and at $12, it's a great buy for lovers of a deep story in games.

Valve is good at making money. As a testament to this rather unimaginative statement, Steam offers multiple types of sales during their holiday and summer game dumps. Steam generally has two prices: "Big sale" and "little sale," and everything falls within those; for example, Daily and Flash sales use the "big sale" price, while constant sales will use the "little sale" price (although it can still be significant). The full list of offered categories looks like this:

Flash Sale: This is the shortest-lived offer. Generally lasting for a matter of hours, these are excellent prices on specific games.

Daily Sale: These last for a single day. If there's a game you really want, we recommend you wait for it to hit the "daily sale" chart before buying. It's possible it'll be even cheaper if it does go on a flash or daily sale, and if it doesn't, you can always scoop it up on the last day for the normal sale price.

Constant Sale: This is everything in the "background," so to speak. These games will cycle through flash/daily specials throughout the duration of the sale.

There are far too many games in Steam's library to fully-detail all the games on sale, so I'm going to stick to items that I think most of our readers would enjoy.

After modding the hell out of Skyrim earlier this year, we've enjoyed it significantly more than its native counterpart. The game's capacity for tweaking and mod enthusiasts is tremendous - Skyrim is easily one of the most fun games to mod on the market, and as a software/hardware tweaker, I often find it more fun just to locate and install mods than to actually play the game. That aside, the gameplay is relatively immersive and entertaining enough, especially at the reduced price.

This one is, for the next 9 hours, on sale for $2.50, though it should remain on sale throughout the discounted holidays. Universe Sandbox is best described as a sim game -- you create and destroy objects to form a custom universe, all with the side effect of tinkering with cool physics interactions. This video does the best job of describing it:

2K's new XCOM game is worth a look for fans of resource and base management games; XCOM centers around standard base defense and arms races, but also has tactical, turn-based combat mixed in. You'll have to carefully balance research, resources, and military in an effort to keep up with alien threats. 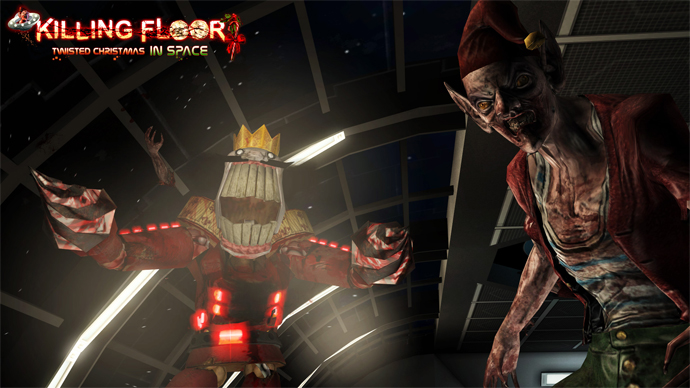 We've always been fans of Killing Floor. The game is straight-forward, unadulterated, murderous fun. Kill zombies with friends, kill your friends -- it's all good fun. The new "Twisted Christmas in Space" expo-pack adds an entire crew of evil, zomboid Santa's Workshop enemies, along with plenty of new weapons with which you may sleigh them. I'll see myself out.

Know of some other great sale prices on games you like? Please post them in the comments below and we'll see about adding them to this list!