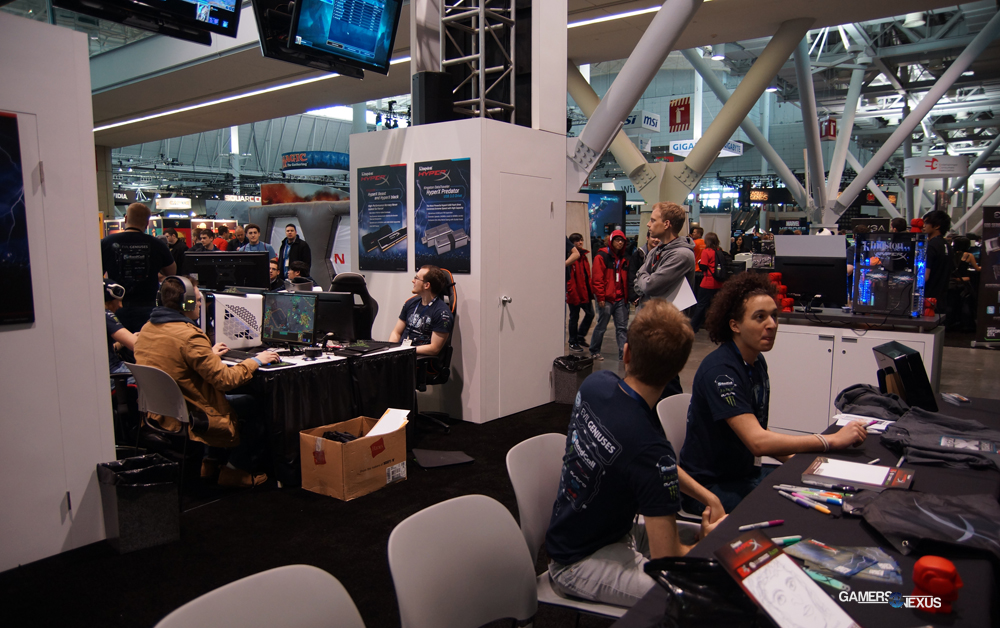 One of the most refreshing aspects of covering large gaming/hardware events is the face-to-face interaction with vendors, providing an opportunity to really understand a company's philosophy (discussed here).

PAX East 2013 (which just ended - sad face) saw the return of Kingston Technology's oft-packed HyperX gaming booth. Flanked on two sides by crowds of attendees awaiting their chance to compete against the likes of Team EG SC2 pros, the booth made it clear that Kingston has a vested interest in the gaming industry.

"For the longest time the HyperX brand was sort of -- I don't want to say a side project, but it took us a while to really take it seriously and recognize its potential," Kingston representative David Leong informed us. "When we finally started focusing more on the [gaming] brand and hired a couple of guys with a lot of gaming experience, it was suddenly like, 'wow - what have we been missing out on?'"

Their Team EG partnership and dedication to consumer-focused events—like this weekend's PAX East 2013 and other shows—makes it clear that Kingston really wants to make up for any lost time. The hardware-side of the PC gaming industry is still growing, and with companies like OCZ phasing in-and-out of sectors, Corsair hastily expanding to multiple markets, and PNY gunning for enthusiasts, there's fierce competition for consumer marketshare.

The HyperX brand is certainly backed by one of the larger companies in the running, Kingston being 2nd only to Corsair for memory shipments in the industry (or first, depending on how you play with numbers). The fact that Consumer is getting so much interest is promising for gamers and DIY builders, to be sure.

Enterprise has always been the biggest line for hardware manufacturers to hook on to, and for good reason: The very nature of server-side hardware is that it's high-quantity, high-cost, and high-stability (with servers often aiming for 99.9% or better uptime), with good turnover. Kingston's biggest revenue source is easily still enterprise sales and business-to-business relations, but consumer has suddenly come to the forefront of the company's marketing focus.

Leong told us that the consumer DIY enthusiast market seems to be growing right now (Intel, PNY, nVidia, and AMD have all told us the same), and it makes sense, too: With consoles effectively stagnated, DIY system building projects are more prevalent than ever, even in the face of a waning mainstream desktop market.

We all know that the days of the Dell Dimension and other desktop units are limited -- there's just no reason to do browsing on a desktop anymore -- but enthusiasts are a completely different animal. Power is still required for video production, gaming, simulation, and other high-end use cases, and that doesn't exist in a tablet or even most laptops. It's really the next 12 months (with the impending release of the PS4) that will guide the industry's direction for the next generation.

Either way, Kingston aims to employ HyperX to really grip that PC market and has made it clear that the consumer's voice is being heard. "We really wanted to show our fans and users that we're listening," Leong said, "So that's where this new line of memory comes in -- here," Leong handed us a few Beast memory modules, "all right, can you tell me the difference between these and the other Beast modules? Don't look at the sticker." 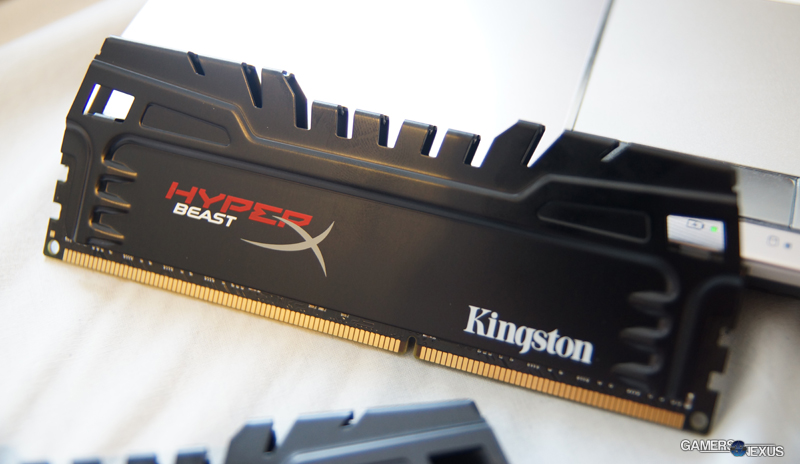 It took us a moment, but GN Hardware Editor Patrick Stone spotted that the PCB was no longer green. Neat.

Yes, it's possibly the smallest change that could be made, and there's zero impact on performance, but it's still sort of cool. Due to bin-out manufacturing logistics, the company never really had the manufacturing availability to use black substrates for consumer-side products, but the preeminence of the HyperX brand has finally made it economically feasible. And really, at the end of the day, it's just a black PCB. But green's sort of ugly and doesn't mesh well with the killer black-and-red/blue boards on the market, and personally, aesthetics matter in a system almost as much as performance.

So it's not huge news that'll blow the lid off the market, but hopefully all this somewhat round-about writing has provided insight on a small sector of the hardware industry.