Heart-stopping is the word that comes to mind. We could see the red pulse of this behemoth, dual-Xeon CPU, dual-PSU system clearly from many booths away at PAX East (full coverage here); the Rosewill custom build, as commissioned by BS Mods, was something to kill for. I'll let the photos do the talking:

The system's specs look a little something like this:

Rosewill worked with case modding company BS Mods to pull off a custom-painted Blackhawk Ultra case, packed with, from what we were told, one of the very first EVGA SR-3 dual-CPU boards. The case itself has support for enterprise servers, and as such was found packed with two 1300W PSUs. EVGA's SR-3 motherboard was filled to the top with 12x4GB Kingston HyperX memory modules (48GB total), 2xGTX680s, 2xZalman CNPS20LQ liquid coolers, and some killer fast SSDs. It's quite a different story from Rosewill's new budget R5 case (which is incredible for those looking to spend less than $90 on an enclosure).

The entire system, we estimate, would cost in the range of $4000 to build for a consumer, not counting the price of the custom paint itself. 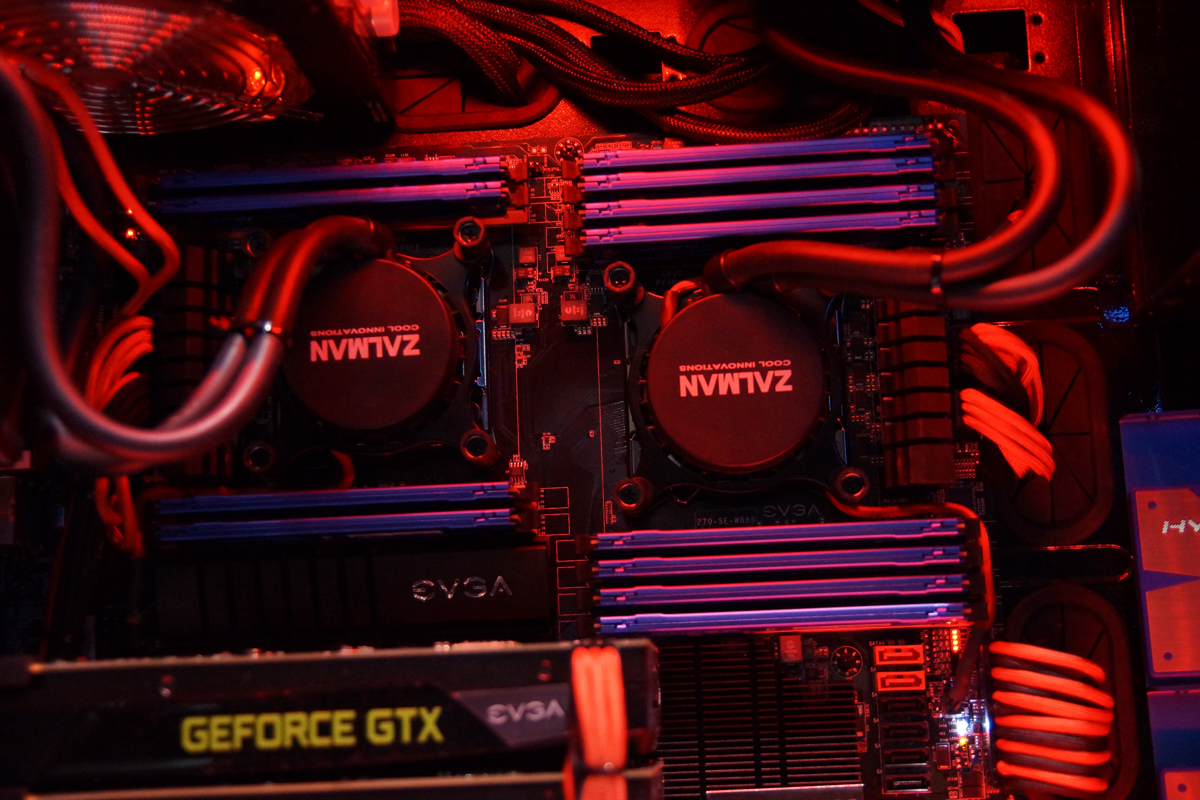 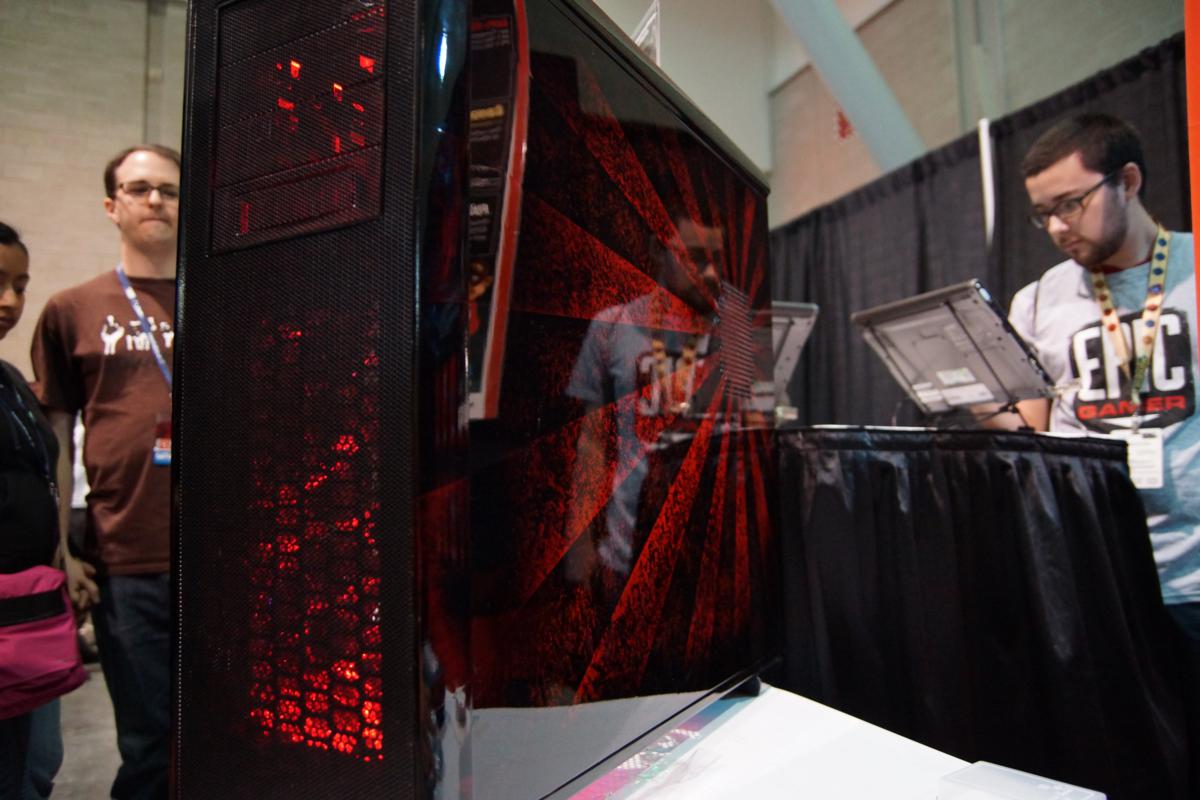 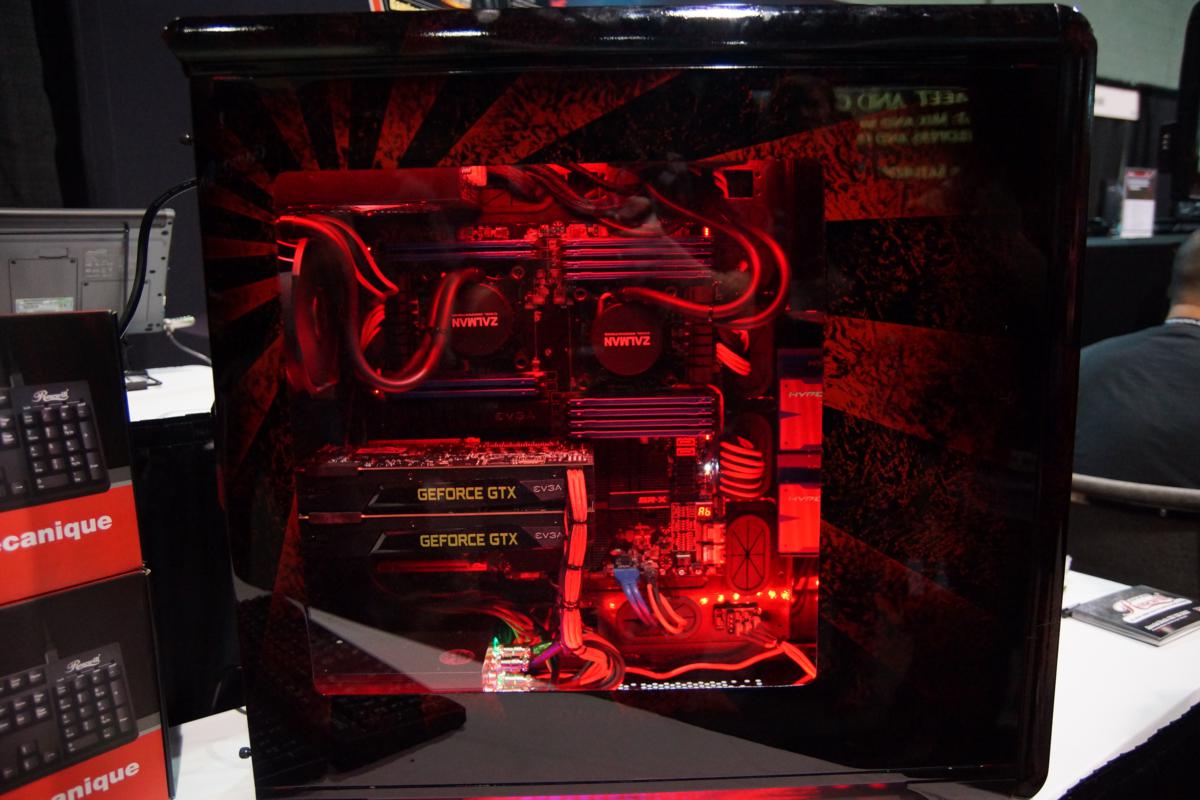 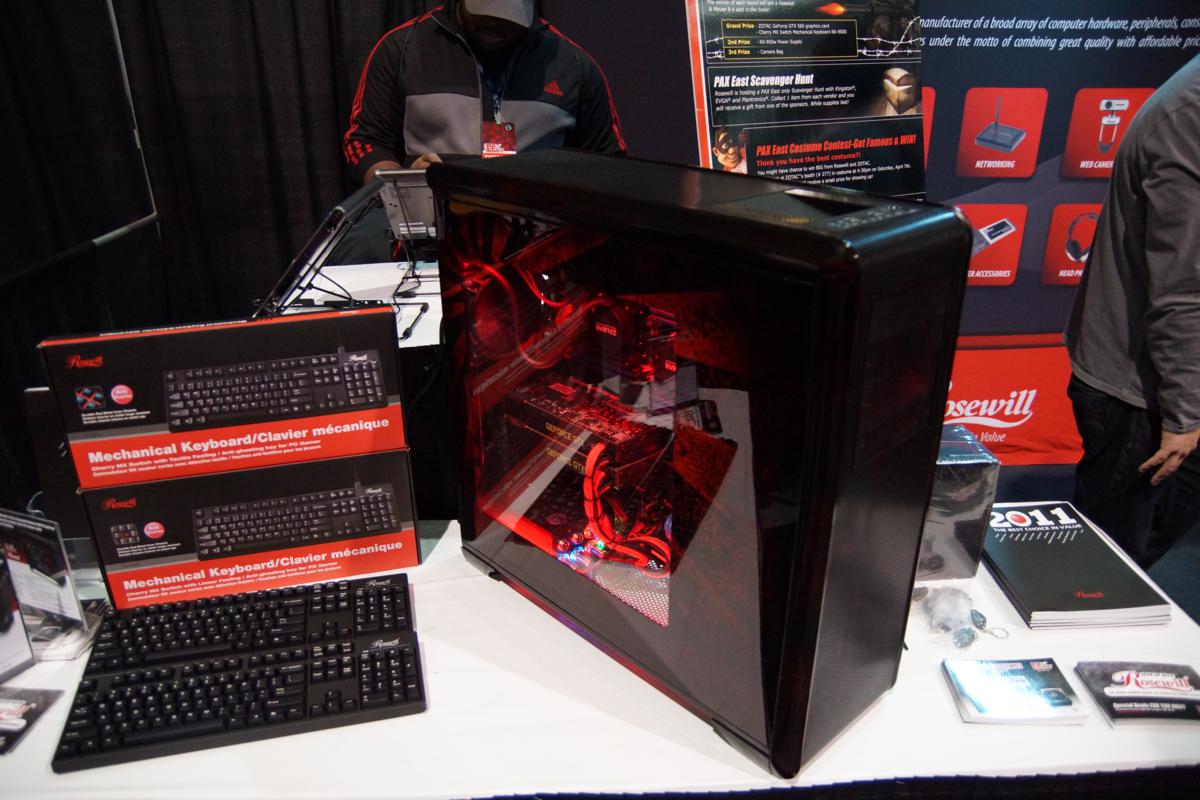 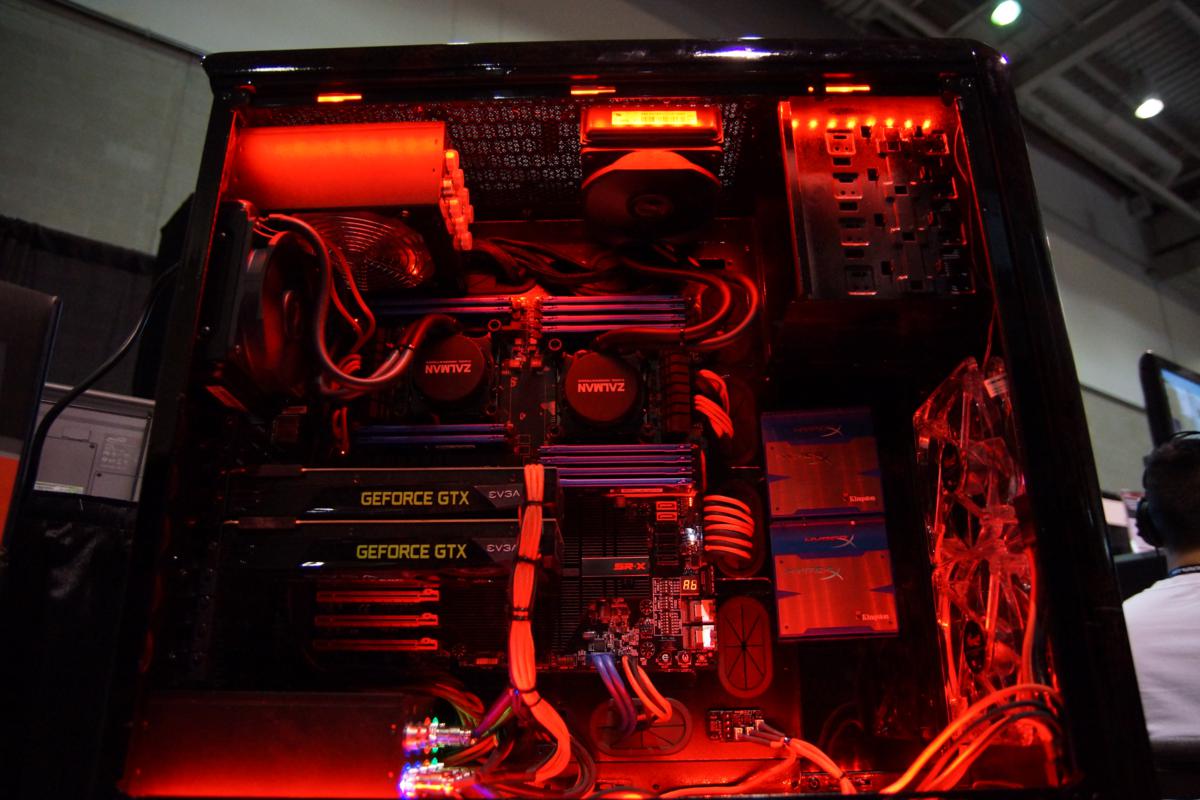 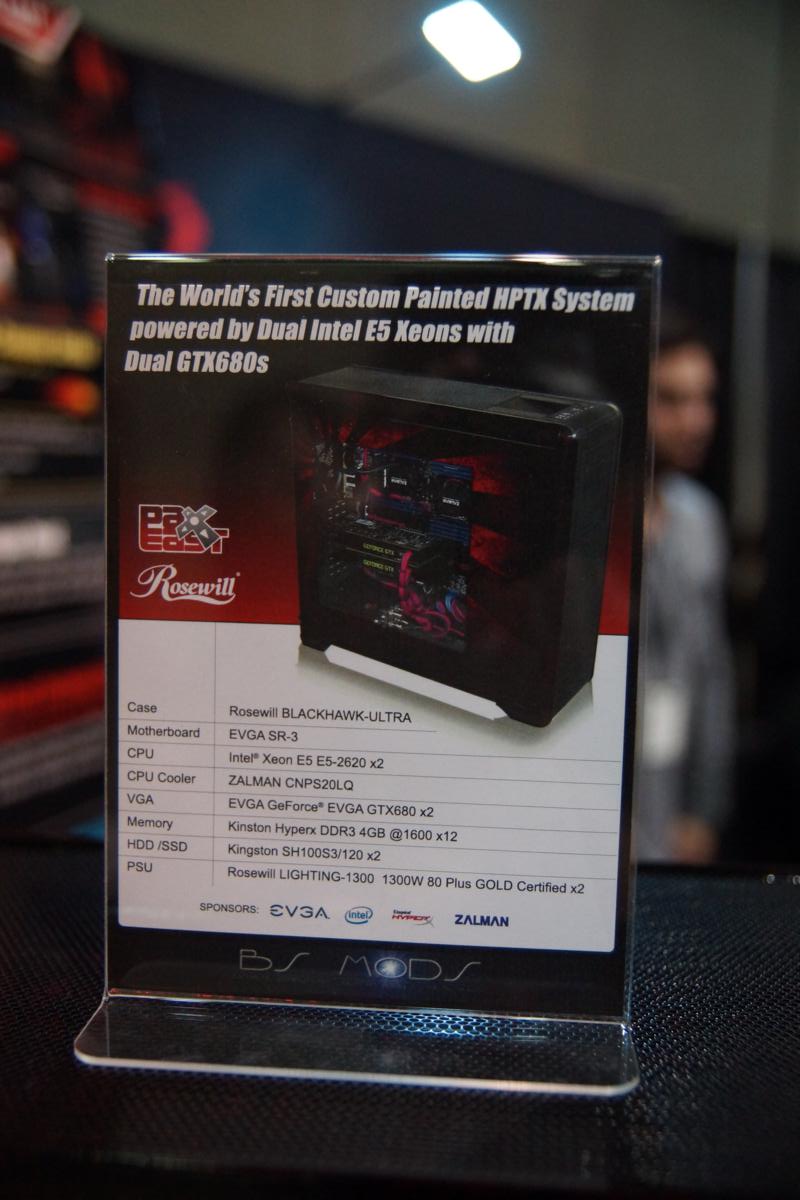 Have any questions about this setup? Post your comments below and we'll get 'em answered!