PC gaming is all about style and individuality, as we’ve discussed in the past, and our talks with ASUS at PAX East 2012 this past weekend – the focal point for all of nerd-dom – revealed that ASUS wants to facilitate the enthusiasm in PC gaming by building a “self-sustaining ecosystem.”

Masaru Fujita, marketing specialist at ASUS, met with us on the show floor at PAX East to tell us about ASUS’ culture and trajectory; the biggest news item out of the booth was probably their Z77 Sabertooth board, which will utilize some of Intel’s new Z77-enabled technology, but that wasn’t ASUS’ message for the weekend.

At some point in the interview process, I mentioned that I’ve been recommending ASUS on GamersNexus.net for some time now. Masaru asked, “Why? What makes you recommend us?” I’d never really thought about it before. ASUS is a respectable company with a reasonable warranty, so I know that along with Intel, who wants to further their acknowledgement in the motherboard market, I can trust these companies to support our readers in the event of a problem. I compressed these thoughts: “Quality, I guess,” was my initial answer. Masaru was happy to hear that – apparently, somewhat unsurprisingly, that’s the most common (and favorite) answer.

“We have enthusiasts that come out here and support us on the floor,” he told us, gesturing toward the nearby overclocking booth that was stocked with liquid nitrogen, “RoG [Republic of Gamers, ASUS’ enthusiast line] is a self-sustaining community. Users help other users because they believe in our products.”

Despite looking dead-on-his-feet from the chaos, Masaru Fujita brushed off the twenty-hour work days inherent with PAX and showed his passion about the stuff he represents. It was more than an employee-employer relationship; he genuinely appreciates the company’s hardware. 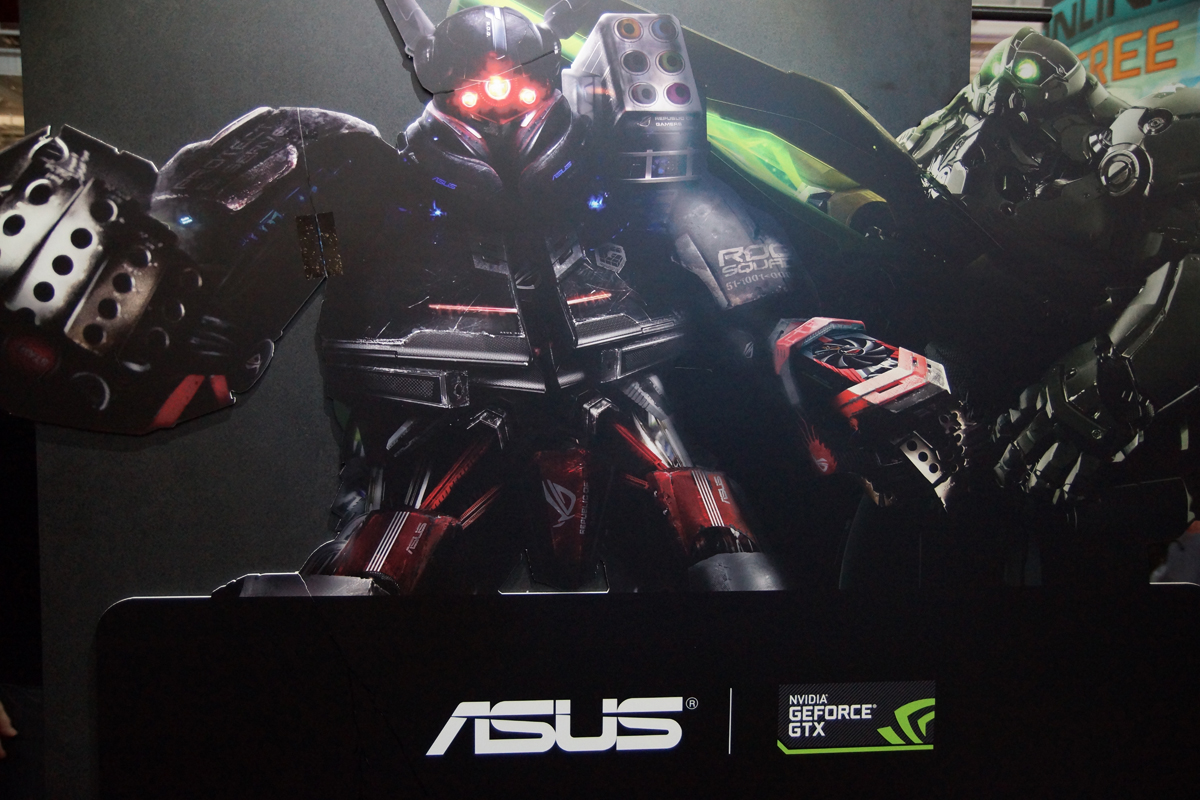 “We’re focused on quality and community.”

ASUS’ booth gave the impression that they want to grab at more than increased visibility – they want an active community to support them (and that they can support) in the ROG line. It makes sense, of course: Active community members contribute to the discussion and act as free inter-consumer support.

“You’d think getting into monitors would be more difficult,” Masaru joked, “our community really likes our products and they support us in [every market.]” The monitor cluster has some big-name brands in it, and ASUS has been able to consistently overtake Newegg ratings and rankings with their high-quality monitors that, due to pricing and specs, gamers tend to find preferable. Masaru was in disbelief at how fast the gaming audience picked ASUS’ new monitors up and carried them to success in yet another relatively new expansion. 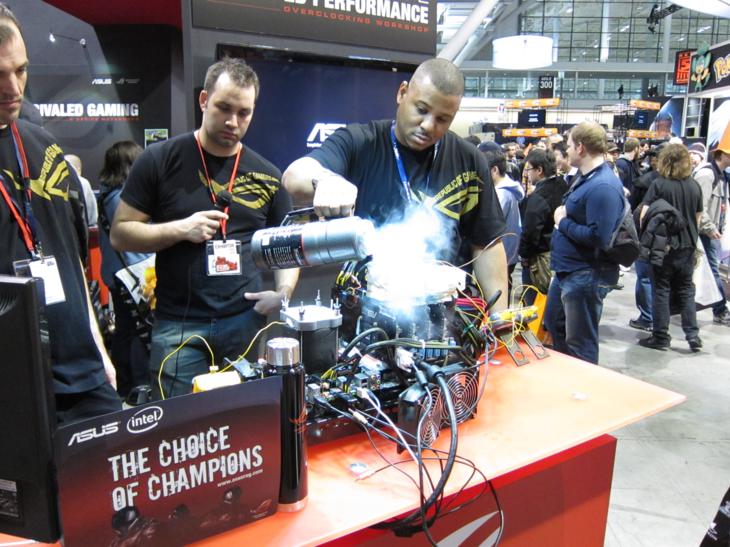 It’d be an interesting market study to see how brand loyalty in the gaming hardware world works; Masaru’s openness about their monitor line proves that gamers look for brands that have worked for them in the past, as with any shopper mindset. So there's nothing new there, but gaming culture does tend to have a very loyal base.

“The ASUS ecosystem is really amazing. It’s self-sustaining. We have guys that come out here from all over to overclock for us and show the consumers what ASUS is all about. They support us at every turn. I’m not really sure what to call them – “

I filled in the blank for him: “Enthusiasts.”

Have any questions about the upcoming Z77 series, ASUS, or gaming hardware in general? Post a comment below and I’ll get answers for you. You can also visit our forums, where we have hardware experts (and vendors alike) answering questions constantly.