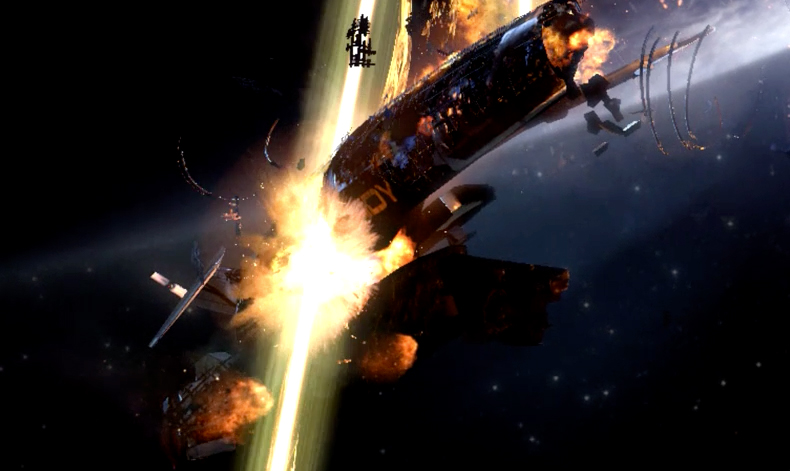 Bioware may be well-known for their controversial storylines and successful RPGs, but that doesn't make them immune to the onslaught of crashes, bugs, video artifacting, freezes on loading, and black screens that Mass Effect 3 would inevitably face. ME3's had a shaky launch for PC gamers -- similar to our "Skyrim Fix Checklist," we'll take a look at Mass Effect 3 alt-tab black screen fixes, crashing fixes, and freeze fixes below.

You crash in the game, you crash in real life! The same goes for death.

Before even getting into the fixes, make sure you meet the minimum requirements for Mass Effect 3:

If you don't meet those, it's very likely the root of your problem. We offer help with newcomers to PC gaming, so feel free to ask us on our forums if you need help putting a build together! Alternatively, we also just posted another budget gaming PC build guide.

EA's rocky launch with Origin hasn't helped its reputation. Luckily, a lot of basic startup issues can be resolved by performing the following regiment of updates:

If this doesn't work, you might also try redownloading the core files (back-up your saves) through Origin in the event your install was corrupted. Unfortunately, Origin does not have a means through which we can verify the integrity of the game's installation, but a repair might do the trick.

Alternatively, ensure your drivers are up to date. AMD and nVidia have both launched ME3-specific drivers.

Also known as "Origin's perpetual download glitch," since it will simply continually attempt to download the game and never install it fully. We've experienced this issue in Battlefield 3 as well, so it's no news. Try this approach:

Sadly, CTD errors are common across all PC games - the good part about that is the same which makes it bad: They're common, which means answers are abundant. To combat random crashes in Mass Effect 3, try this:

This is typically an underlying hardware problem. Assuming your system has sufficient cooling and isn't overheating, you should try re-mounting your video card and blowing the dust out of your case. If this issue only happens in ME3 and not in other games, then it might be worth lowering your settings in an attempt to troubleshoot the root cause. Let us know what you figure out below and we'll help with the rest!

This one's also simple to fix, luckily. Try uninstalling PhysX via your control panel (or update it through nvidia's panel). Update to the newest version, try again.

Mass Effect 3's multithreading isn't the best (as seen by observing the CPU usage distribution when playing), so if you're on a quad-core system (or greater) and experience instability, you could force ME3 to run in a dual-core mode. This is more of a quick-and-dirty fix, but it gets the job done.

This quick tip addresses black screen issues or crashes that trigger from minimizing, as suggested by DarthParametric in the comments below: Try running your game in windowed (borderless) mode at the native resolution of your display configuration; this should help with escaping windows and re-launching them.

Some users have reported mouse acceleration and "lagging" when using third party software to manage mouse drivers (Logitech's panel is a common one). Try disabling any third party software (I know - it's a pain, but only temporary) to see if the result is different. If not, try these two fixes that we've used in our other guides:

Have a problem we haven't addressed here? You might be able to do some hacks to force it to work, but describe your problem below and we'll see if there's anything we can do!
Last modified on March 14, 2012 at 1:40 am