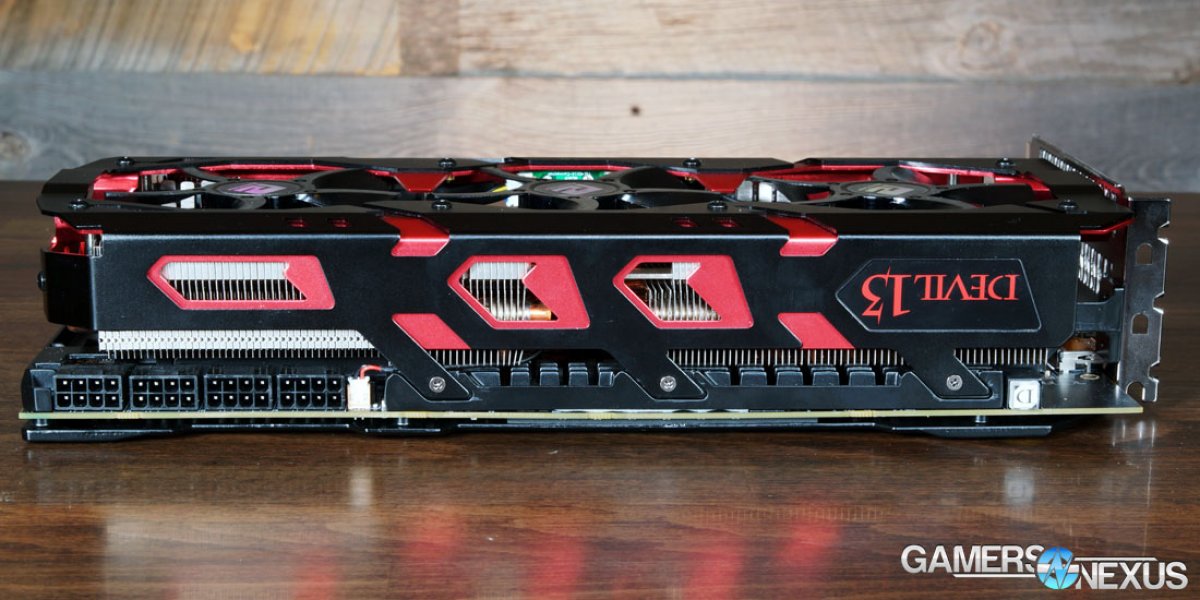 We tested using our updated 2015 Multi-GPU test bench, detailed in the table below. Our thanks tosupporting hardware vendors for supplying some of the test components.

The latest AMD drivers (16.5.2.1 with Doom support) were used for testing. NVidia's unreleased 368.146 drivers were used. Game settings were configured to "Ultra" with anti-aliasing set only to FXAA (no multi-tap). Resolution settings were configured to 1080p, 1440p, and 4K. We performed some additional low-end GPU testing with “Medium” settings at 1080p. Tests were conducted in the Foundry, level 2. The test path is in the video further above (pending upload). 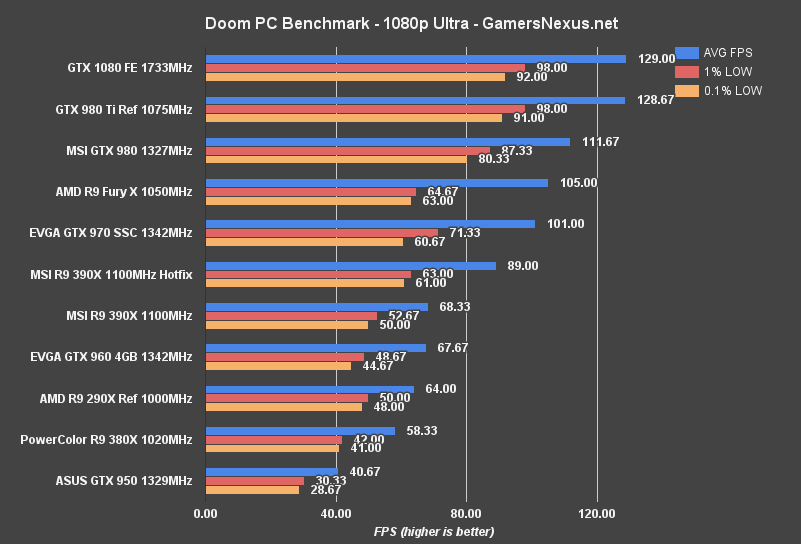 1% frametimes have improved noticeably alongside the AVG FPS jaunt afforded by AMD's hotfix. The AVG FPS gap against the GTX 970 has closed from ~30FPS to ~10FPS, providing a boon to the 390X's performance. We measured no change in 380X or Fury X performance, and thus have not listed them above. 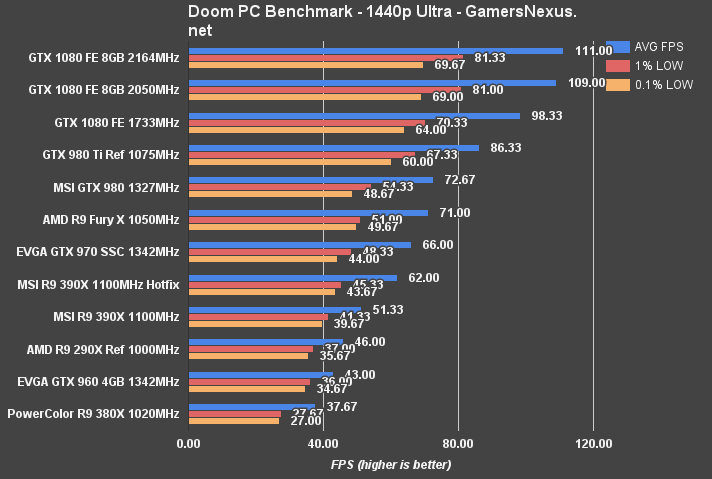 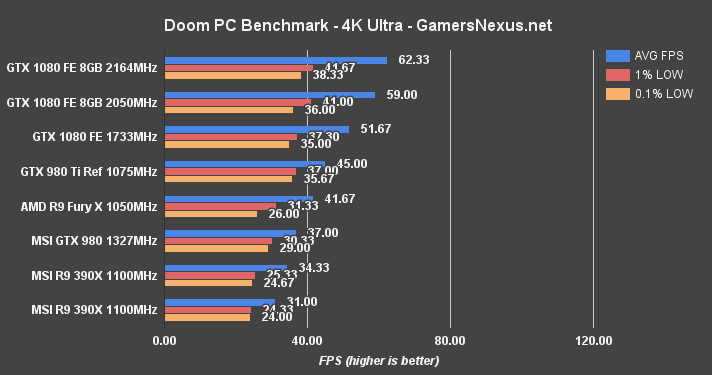 4K performance gains were measurable, but not significant as a result of the heavy load placed on the system.

This test goes to show just how much the drivers are responsible for. Keep them up-to-date to avoid missing out on “free” performance.

We're posting this from the plane that will bring us closer to Taipei, so check back throughout the week from jet-lagged coverage from Taiwan, China, and elsewhere.