GRID 2 is still being made by Codemasters, the team behind the wildly-successful DiRT series, F1 series, and original GRID, so if anyone's going to make an arcade-sim hybrid right, it's them. This post will primarily focus on GRID 2's new multiplayer modes that were detailed yesterday, quickly overview the official livestream, and explore RaceNet / rival featuresets. If you haven't been following the development up until now, check out this trailer for a quick catch-up:

And here's an official gameplay video: 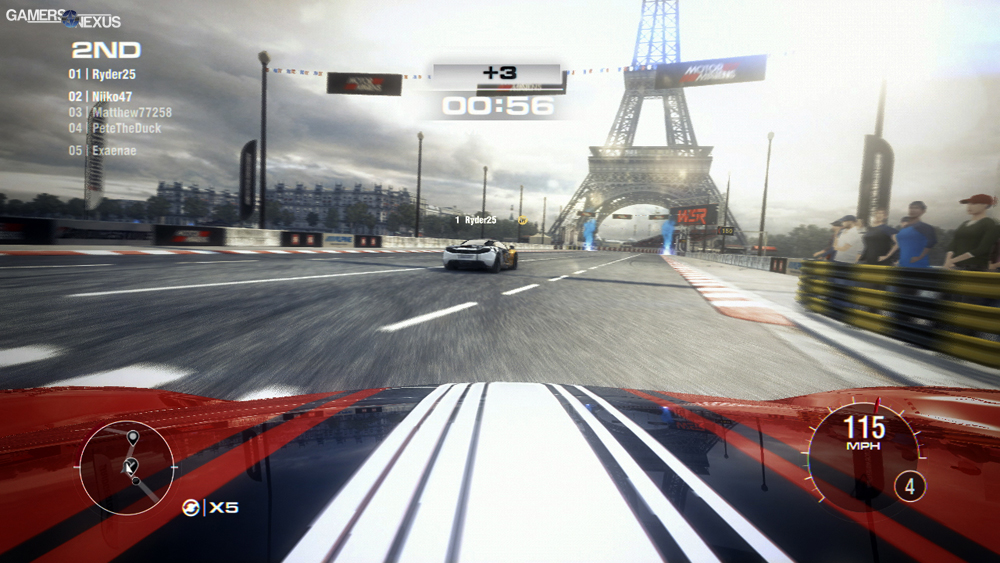 Codemasters has stated that GRID 2 will be heavily multiplayer-driven this time 'round, integrating seamlessly with their own RaceNet hub, YouTube, and borrowing other 'social' items from the web. There's still a full single-player campaign, but for today we're going to stick with multiplayer as the topic for discussion.

Multiplayer racing has always been fraught with all manner of game-ruining issues: Server-side synchronization, drop-tricking players, more noticeable negative impact from high latencies, and player griefing (using the guy in front of you as an E-brake isn't fun for everyone involved) have all made it tough to get right. Codemasters knows of these issues and, in-part taking advantage of modern networking and hardware, have also made efforts to address potential disincentives on the software-side.

Part of GRID 2's complex multiplayer framework sees the institution of an advanced player matchmaking system, built to cluster players in groups based on both skill and playstyle. By using a background collision-detection system, GRID 2 assigns individualized collision ratings that can be used to separate the paint-traders from the body-protective ricers and hopefully isolate "scheisters," to call upon my northern heritage. The same goes for skill level: The best-of-the-best shouldn't be stuck racing against those who rely on barriers to complete sharp turns.

Community competition is something Codemasters really wants to push this time around, and they're keen to make sure it's done fairly and in a fun, encouraging fashion. Aside from using skill and collision ratings to correctly match players, the RaceNet and Rivals systems hope to incentivize players to partake in multiplayer races through use of fame ratings and unlocks. 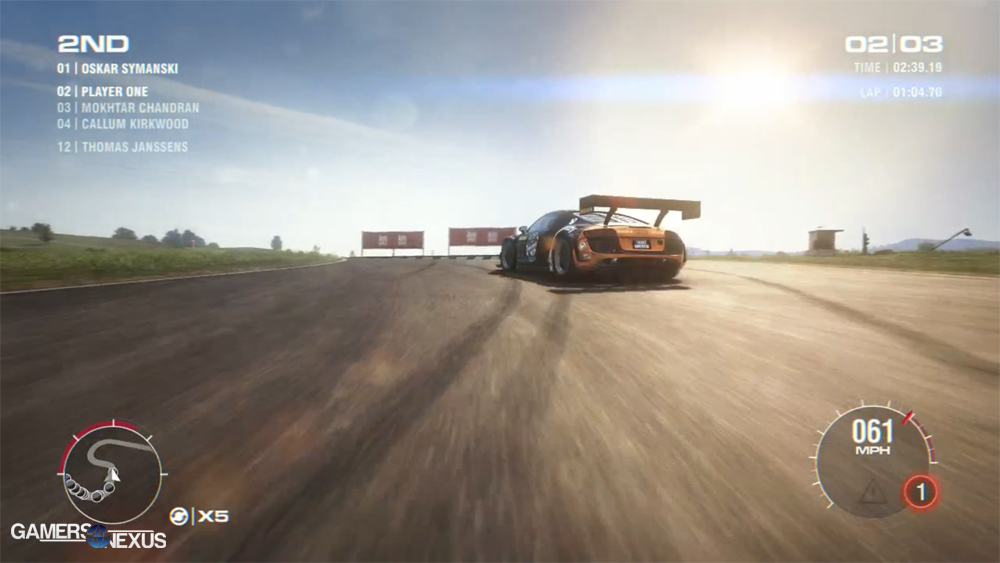 RaceNet acts as a sort-of plugin to GRID 2, effectively serving as an online ranking and stats-tracking utility; the web-based tool serves objectives, rivals, and rewards to racers, then tracks the results of races for leaderboards and rewards. Hierarchical player rankings will employ "followers" (see: twitter) as a measurement of success, gained by stealing them from rivals, uploading race clips to YouTube (direct integration), or ranking well in events. Followers, as we presently understand them, represent a player's racing fame within RaceNet and GRID 2. If you're one of the best on the 'net, everyone will know about it -- and they're able to challenge you directly to claim that title. If only we could race for pinks...

RaceNet will also act as a content aggregation hub for social interactions and YouTube clips, as briefly detailed above. In previews, it appears that RaceNet has a YouTube wrapper (custom skin and all) where you'll be able to visit other players' published races, check out the tricks they used, and then use traditional YouTube functions (rating and commenting) to interact with that player. Players can be rated for each major game mode type, so if you aspire to be Keiichi Tsuchiya and aim to rank high in drift events, but maybe not checkpoint events, you'll still get recognition for drifting prowess.

The RaceNet integration also sees the introduction of the Rivals system, where players will be matched against similarly-skilled players on a weekly basis. You can compete online or offline (asynchronously through time trials and global challenges, discussed below), and defeating your rival results in accrued followers, XP, unlocks, and upgrades. Rivals can also be player-designated, so if you have a friend who needs to eat beautiful, self-shadowing smoke, that can be arranged via RaceNet. 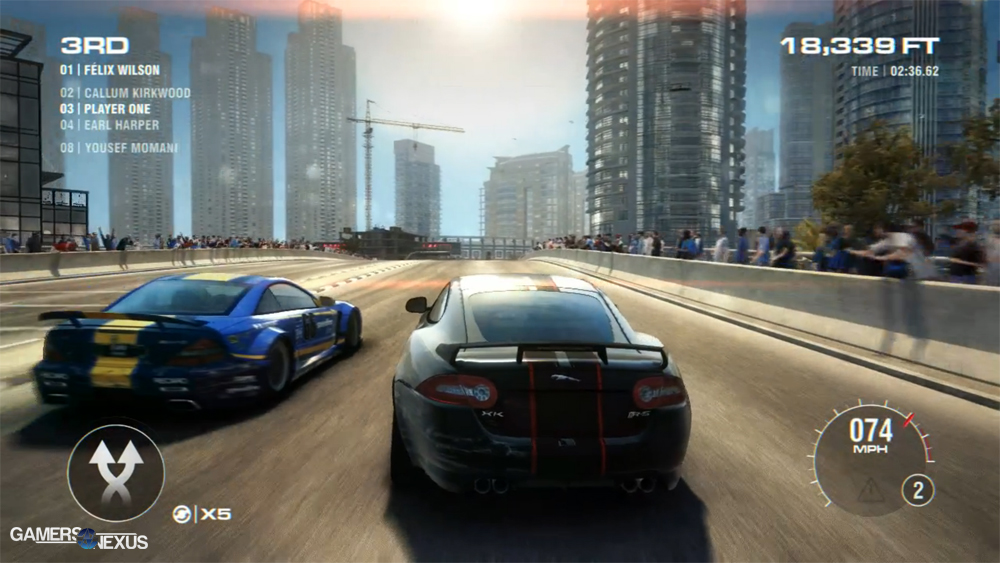 Part of the recent announcement and stream included the detailing of a few new game modes (and known modes), including:

And here's the total list of multiplayer/social features, as detailed in the official press release:

Here's what we know about the modes so far:

Race is your standard multi-person race event, as found in most racing games. LiveRoutes is an interesting twist on this, though, and almost reminded me of Fast & Furious-like GPS rerouting (I mean that in the best possible way). Here's what Codemasters had to say about Liveroutes:

"LiveRoutes is in essence a system which dynamically streams-in alternate sections of city tracks seamlessly. When LiveRoutes is running, the system selects which direction the track should go at various junction points on the track at random and on the fly – be it straight on, left, or right. It makes this decision a number of junction points up ahead of the player. This means that the relevant crowd, barriers and race-day placement – grandstands, signage and so on – are all loaded into the environment seamlessly to suit the direction the race will then travel in.

With LiveRoutes the focus is no longer to master the circuit and better yourself a lap at a time [...] Instead, LiveRoutes challenges players to better their reaction times, driving skill and intuition to maximise their chances against the competition. If you turn left on the same junction twice – who’s telling what speed you’ll be entering that corner the second time round – it could be 80mph as you come out of a tight chicane, or over 200mph as you fly into the corner from a flat out straight." 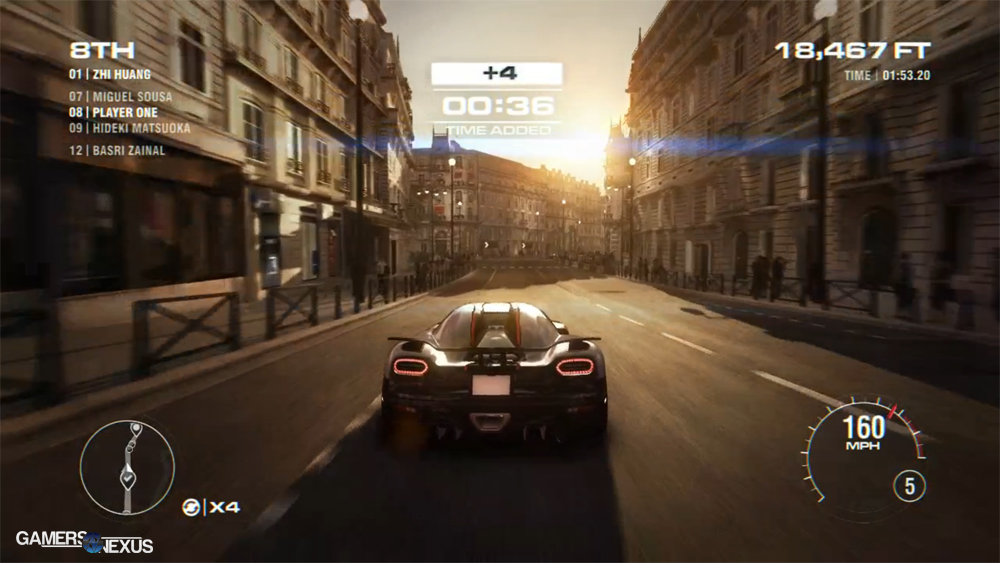 Endurance mode is well-explained just by the name, but to elaborate: The driver who travels the greatest distance within a set time is ultimately the victor, but a series of obstacles and LiveRoute changes will largely determine the distance you're able to travel before totaling. The faster your average sustained speed, the farther you'll go - simple. The maximum time limit for Endurance mode is 40 minutes, sort of reminiscent of the original GRID's 24-Heures du Mans, but can be increased/decreased in increments.

Drift and touge are both real-world events and have seen regular appearances in racing games, so we'll jump over those to Checkpoint.

Checkpoint was on display throughout the stream yesterday and uses old-skool, arcade-like checkpoints and time-limits as race objectives. The event runs last-man-drop, so the last racer through the checkpoint is dropped from the event, and we'd assume that progression continues all the way down to the last person standing.

Face-Off serves as your standard head-to-head, but that's all we know about it at the moment. Time Attack is also somewhat familiar, where players race for the best time without necessarily racing directly for position. 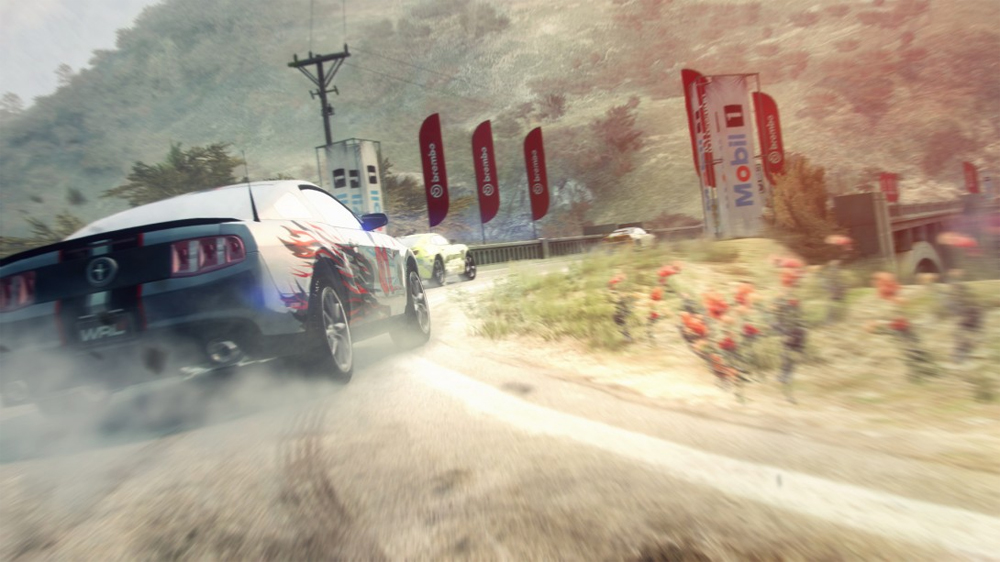 Then there are Global Challenges, which feed straight into the Rivals and RaceNet systems. Global Challenges are issued as a means to keep players competing even when they're not simultaneously online; using an asynchronous challenge system, Global Challenges include overtaking an opponent or competing for position and times against offline rival players, among other undisclosed features. As with all other in-game events and challenges, these earn you XP, cash (for upgrades), and Followers, as explained above. Similar to MMO dailies, players can be in contention for up to nine weekly Global Challenges, offered on all types of game modes and tracks.

And with cash and car upgrades having naturally surfaced as a topic, let's delve into that briefly: One of the Codemasters devs revealed yesterday that the game would feature somewhere in the range of six billion customization options, "if I've done the maths right," when broken down into combinations of paint color, liveries (car skins), decals, wheels, and other tweaking options within the game. Every gamer on the planet could have multiple, completely unique cars, granted, the on-stream devs did joke that their "dinosaur and dragon liveries" would probably see most use. Naturally.

That's what we know for now. Really, go check out that recorded Twitch stream - it's worth it. There are a couple of great racing games on the horizon, including Project Cars, so race fans have an exciting few years ahead of them.